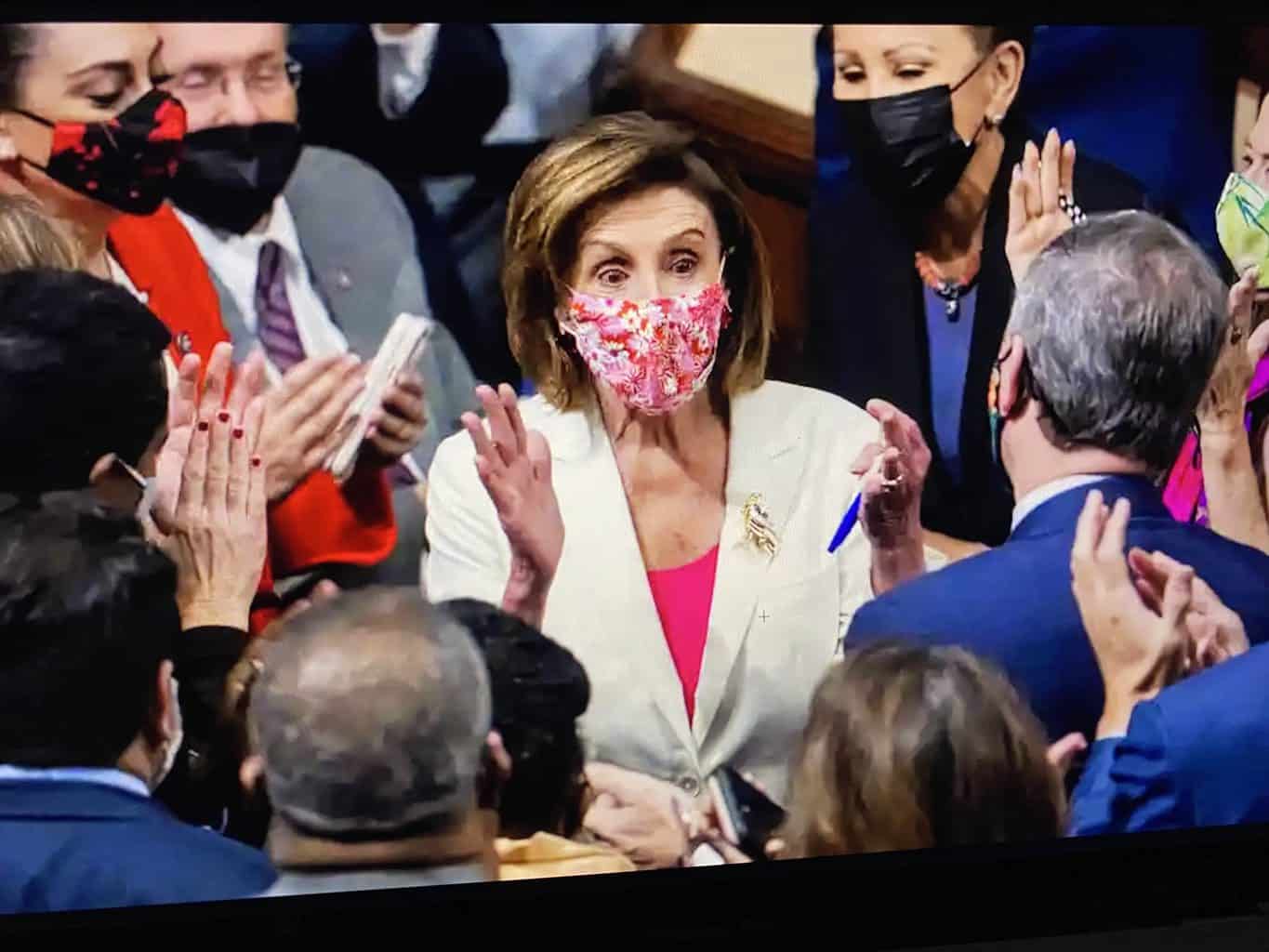 A key piece of legislation from President Joe Biden, the massive Build Back Better infrastructure bill, has won approval from the US House of Representatives and moved on to the Senate.

The bill passed despite continuous and cohesive opposition from House Republicans due to the current Democratic majority held in the political apparatus.

Despite this, the bill was debated over for months before finally gaining approval.

President Biden has given wholehearted approval to the bill’s passage, stating that it “puts us on the path to build our economy back better than before by rebuilding the backbone of America: working people and the middle class.”

The bill has been recognized as perhaps the most significant expansion of the social safety net in decades, with funds being made available for almost every corner of the economy and hundreds of billions directed towards new social programs.

Some of the bill’s aims include major reductions in childcare costs, prescription drug costs for seniors, an expansion of Medicare benefits, providing more extensive work permits to millions of undocumented immigrants, and the introduction of universal pre-kindergarten for children. VP Kamala Harris and other prominent leaders and celebrities went on Twitter to celebrate the historic passage of the bill.

The bill also contains essential elements of climate change action at a time where decisive pushes must be made to address the worsening global crisis. House Speaker Nancy Pelosi stated that “If you care about the planet and how we pass it on, this bill is for you.”

The bill now faces a new set of tests in the Senate. Republican opposition to the legislation is unwavering, and a key set of Democratic centrists, Joe Manchin of West Virginia and Kyrsten Sinema of Arizona, have promised to complicate the process.

The centrist Democrats have been in opposition for months with the more progressive wing of the party, many of whom wish to enhance the already robust piece of legislation by attempting to make its scope even broader.

“The Senate has an opportunity to make this a truly historic piece of legislation.”

Kyle Rittenhouse has been declared innocent in a highly publicized trial which has captured the attention of the US public for its illustrations of the complex relationship of the criminal justice system to race.

The politically volatile verdict has been met with disappointment and outrage from those seeking to condemn Rittenhouse to a harsh sentence in the name of racial justice.

Many have pointed out that the verdict throws into question the ability of American citizens to safely participate in public protest.

Senior political demonstrator Rev. Jesse Jackson was quoted as saying that “It seems to me that it’s open season on human rights demonstrators,’’

On the other hand, Rittenhouse has become a venerated folk hero to right wing politicians and ideologues, many of whom have taken advantage of the visibility of the trial to frame it as a question of second amendment rights.

Rittenhouse was on trial for a variety of charges, including homicide, attempted homicide and reckless endangering when he killed two men and almost a third during Black Lives Matter protests in Kenosha Wisconsin in the summer of last year.

The protests at the time were concerned with the shooting of Jacob Blake by a caucasian Kenosha police officer. Rittenhouse had crossed state lines with an automatic rifle in order to, in his own words, protect private property from rioters.

The jury assigned to the trial appeared to be majority white, although the exact racial makeup of the constituents was not disclosed.

Political leaders have immediately begun to make efforts to calm an infuriated public. President Joe Biden attempted to assuage anxieties while acknowledging that the verdict was sure to upset many, stating that the outcome “will leave many Americans feeling angry and concerned, myself included,”.

However, he went on,

“We must acknowledge that the jury has spoken.”

Thousands of protestors gathered in several European regions to oppose the reintroduction of lockdowns and curfews to combat skyrocketing coronavirus infection rates. Many of the protests have included members of far-right organizations.

Large gatherings took place in Italy, Croatia, Northern Ireland and Switzerland, with Dutch police opening fire on protestors in the Netherlands on Friday after violence erupted in some of the protests.

The new restrictions come at a time when Coronavirus cases have begun to steeply increase in many parts of Europe.

In Austria, where some of the largest gatherings took place, daily deaths have more than doubled in recent weeks and hospitals have begun to fear that intensive care units will reach capacity.

In response, the country has implemented a lockdown that is set to last for at least 10 days, and perhaps will be extended to 20.

The Austrian government also intends to make vaccinations mandatory starting on February 1. The country currently maintains one of the lowest vaccination rates in Europe at just 66%.

The protests have come under criticism for abetting extremist imagery and messages. In Zagreb, protestors marched with Croatian flags, nationalist and religious symbols, as well as signs and banners protesting vaccination.

Many marched against what they perceive to be affronts to personal and collective freedom. Herbert Kickl, leader of the far-right Freedom Party of Austria, condemned what he perceived as actions from a government “that believes it should think and decide for us.”