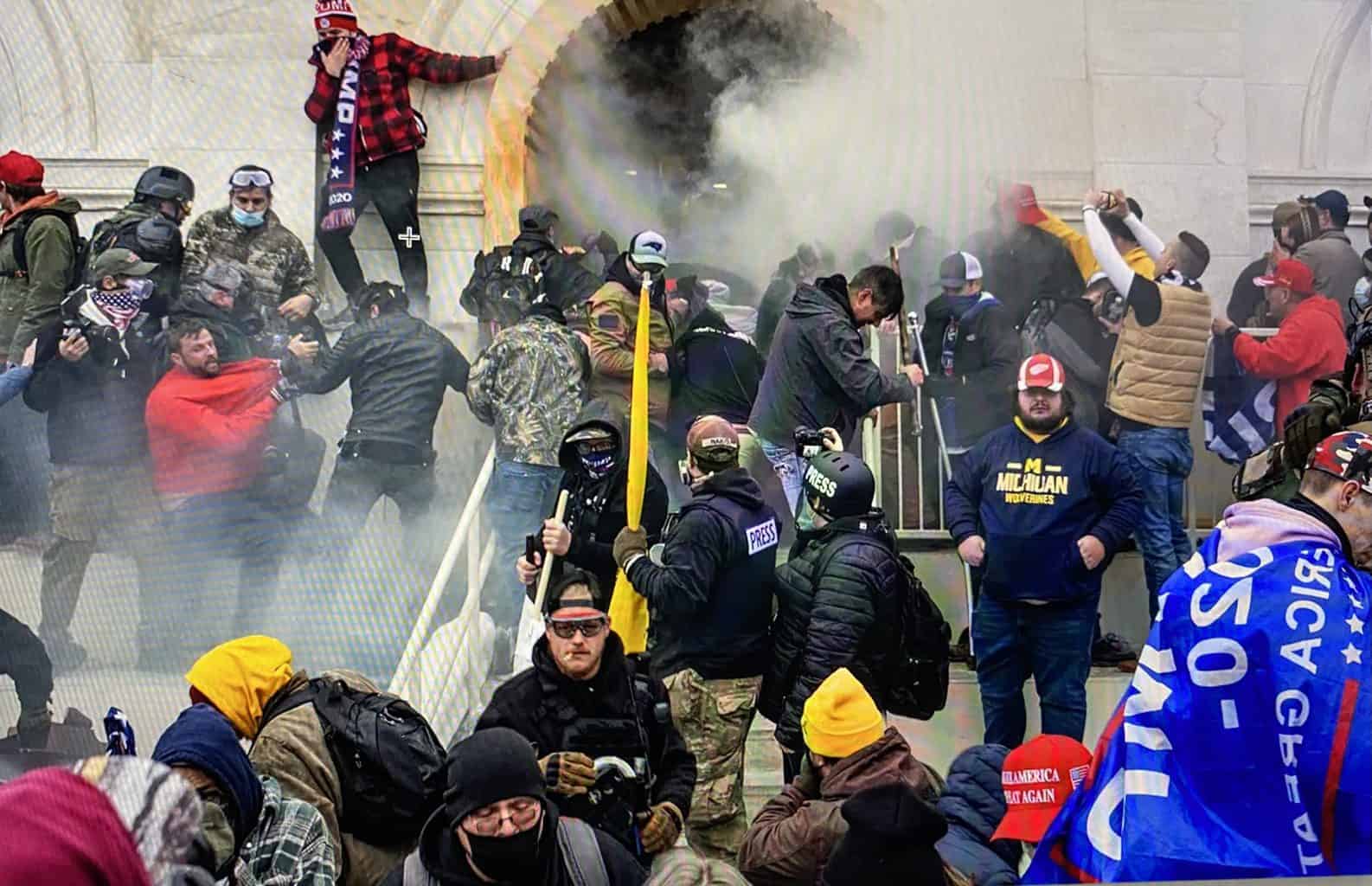 The United States was added to a list of “backsliding democracies” for the first time on Monday. The International Institute for Democracy and Electoral Assistance (IDEA), a European-based think tank, claims that the world is becoming more authoritarian.

The report studied the state of democracy globally based on events that have impacted democratic governance during 2020 and 2021. It listed the US in their 2021 Global State of Democracy Report for the first time, pointing to a “visible deterioration” that began in 2019.

“The United States, the bastion of global democracy, fell victim to authoritarian tendencies itself and was knocked down a significant number of steps on the democratic scale,” the report said.

2019 was a simple year, at best – a year before pandemics, lockdowns, vaccines, masks, fatalities, riots, and protests. But, at worst, it became tyrannous towards the end as the November presidential elections approached. Arguably, the country was becoming a backsliding democracy long before. But, continual racism became most prominent when President Trump was elected in 2016. However, for the interest of the country’s first time on this list, let’s look back at what caused a once “united” nation to land on a list of backsliding democracies.

The study acknowledges that the US has seen significant improvement.

“The United States is a high-performing democracy and even improved its performance in indicators of impartial administration (corruption and predictable enforcement) in 2020,” Alexander Hudson, a co-author of the report, said. “However, the declines in civil liberties and checks on government indicate that there are serious problems with the fundamentals of democracy.”

The IDEA’s report marks the country’s turning point in democracy when former President Donald Trump questioned the legitimacy of the 2020 presidential election results, calling President Joe Biden’s win a fraud. He continuously claimed rigged elections and that it was the left-wing’s agenda to remove him from office. Trump’s spreading of false information resulted in a terrorizing event.

“Baseless allegations of electoral fraud and related disinformation undermined fundamental trust in the electoral process,” the report stated, citing the Jan. 6 storming of the US Capitol earlier this year.

The Capitol riots are easily a distinct example of a direct attack on democracy. Multiple major news media have even used the Jan. 6 riot while reporting on the Global State of Democracy Report. The Washington Post has included an image of a mob trying to break through police barricades during the riots as the main photo in their article of IDEA’s report.

“The visible deterioration of democracy in the United States, as seen in the increasing tendency to contest credible election results, the efforts to suppress participation (in elections), and the runaway polarization … is one of the most concerning developments,” said Kevin Casa-Zamora, the IDEA’s secretary-general.

It’s plausible to immediately think of this event – an event that Trump, who was still in office, did not condone or show remorse during the fatal destruction of his supporters, rather, he told his supporters that they were “very special” in a video that was removed from Twitter that same day.

“Disinformation attacks common political knowledge—those ideas and beliefs that are shared by the majority and that maintain the cohesion of political systems,” the report said, “such as the integrity of the electoral process or the separation of powers. An example of an attack on common political knowledge that threatens the quality of democracy can be found in the wave of disinformation targeting vote-counting in the USA or Peruvian presidential elections.”

Hudson also acknowledged a “decline in the quality of freedom of association and assembly during the summer of protests in 2020.” He refers to outrage and protests following the murder of George Floyd who, on May 25, 2020, was killed by a white police officer who pressed his knee on Floyd’s neck for over nine minutes while he was faced down and in handcuffs, resulting in asphyxiation.

Protest against police brutality and racism immediately began in Minneapolis and continued nationwide. Hundreds of George Floyd protests and Black Lives Matter movements called for the defunding of police in a crucial outcry against police officers using excessive force on Black suspects. Protests resulted in political disputes and a rise in white supremacy ideology, with fatal attacks such as the Kyle Rittenhouse case.

The division of race has been more than evident in the last five years since the rise of Trump’s administration. But, following the pandemic, white supremacy, and ongoing police brutality, 2020 has seen racism on an unfortunate rise.

“There are also important divides between different ethnic and racial groups within countries,” the report states. “A study in England and Wales found that men and women of black African heritage had the highest death rates from Covid-19—around two times higher than their white counterparts. Over the past two pandemic years, different groups’ varying levels of enjoyment of civil and political liberties have also become apparent. In many of these cases, these inequalities are long-standing; the context of the pandemic, however, has refocused attention on them.”

Discrimination against Asians raised an alarming rate soon after the pandemic, as COVID-19 was reported to have originated in China. Following Trump’s attack on Asians, referring to the virus as a “Chinese virus” in numerous tweets, caused a rise in anti-Asian speech. Trump even banned travel from China to the US.

“There has been criticism about the Trump Administration’s early ban on travel from China to the United States even while travel from Europe to the USA continued to be allowed,” the report stated. “One study by the Centers for Disease Control and Prevention (CDC) shows that a ban on European travel to the USA in February 2020, when the ban on China was active, could have potentially saved tens of thousands of lives.”

A quarter of the world’s population now accounts for the number of declining democracies. Countries veering towards authoritarianism, reportedly, now outnumber those experiencing democratization.