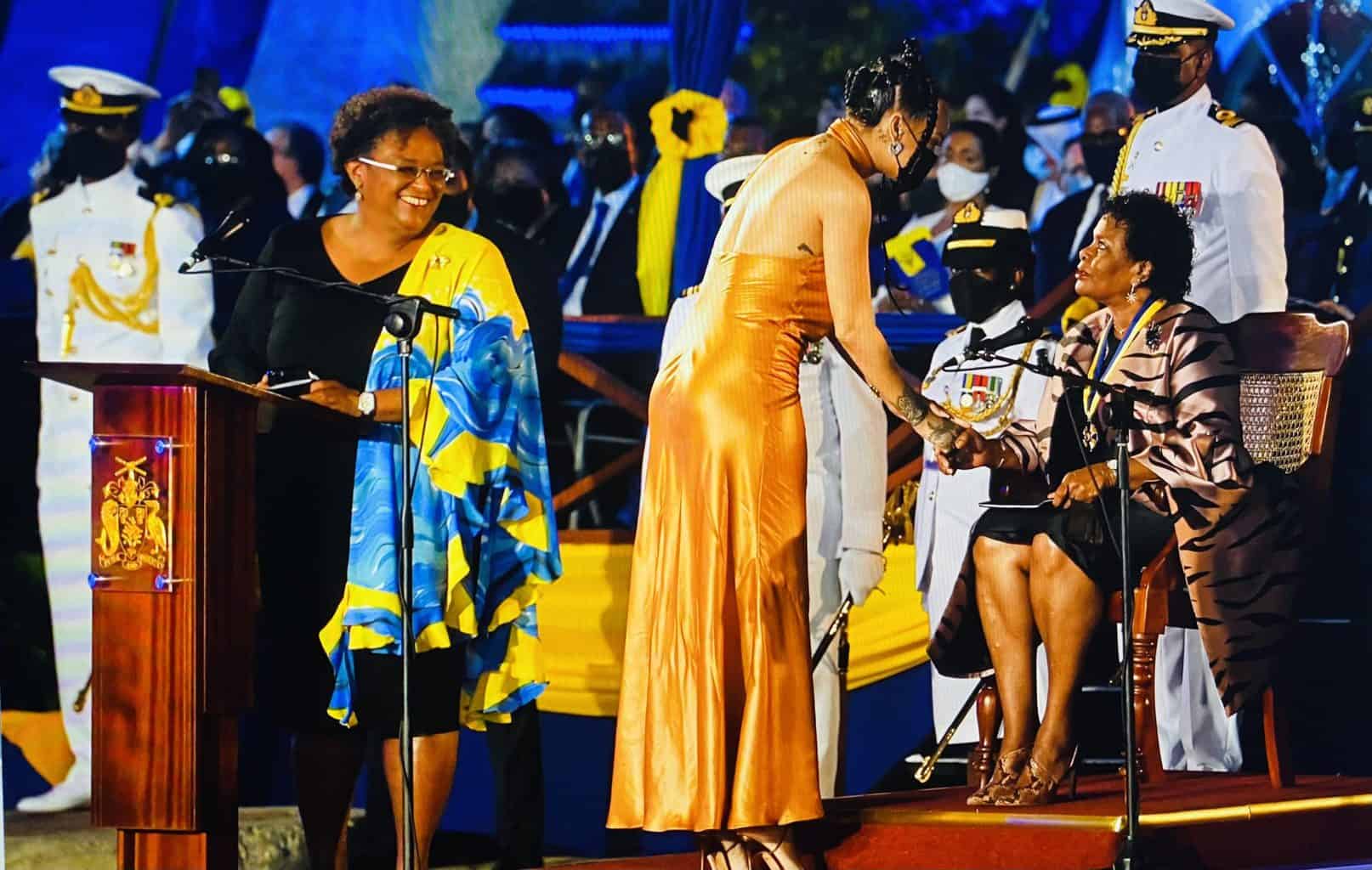 Barbados became a Republic on its 55th anniversary of independence after nearly 400 years of British ruling. The country cut ties with the British monarchy, removing Queen Elizabeth II as head of state in a celebration that went from the late hours of Monday night into the early peaks of Tuesday. Barbados inaugurated its first-ever President at a ceremony attended by hundreds of officials, including Prince Charles of Wales and multi-Grammy-winning Barbadian singer Rihanna.

Sandra Mason, a former governor-general appointed by the Queen, was sworn in as President during the ceremony at Heroes Square in Bridgetown, Barbados.

“Today, debate and discourse have become action,” Mason said during her inaugural speech. “Today, we set our compass to a new direction, girded by the successes of the last 55 years. We are Barbadians. We, the people, must give Republic Barbados its spirit and its substance. We must shape its future.”

Prince Charles attended the transition ceremony, which removed his mother, Queen Elizabeth II, as the head of state, despite receiving criticism for his attendance. The prince, who is in line for the throne, received the Order of Freedom of Barbados and gave a speech as guest of honor soon after the inauguration of new President Sandra Mason. He acknowledged the “appalling atrocity of slavery” in Britain’s colonial history.

“The creation of this republic offers a new beginning, but it also marks a point on a continuum – a milestone on the long road you have not only traveled but which you have built,” Charles said. “From the darkest days of our past and the appalling atrocity of slavery which forever stains our history, the people of this island forged their path with extraordinary fortitude.”

The country’s transition to becoming Republic ends a long history with Britain consisting of more than 200 years of the transatlantic slave trade. The National Archives reports that “Britain was the most dominant [slave-trading country] between 1640 and 1807 and it is estimated that Britain transported 3.1 million Africans (of whom 2.7 million arrived) to the British colonies in the Caribbean, North and South America and to other countries.”

“Emancipation, self-government and independence were your waypoints,” said Charles. “Freedom, justice, and self-determination have been your guides. Your long journey has brought you to this moment, not as your destination, but as a vantage point from which to survey a new horizon.”

Nonetheless, his speech and honor received criticism as planned protest organizer David Denny told Town & Country that the prince should not have been there.

“…What is even worse, that hurts us, is that he is receiving the highest honor,” Denny said. “How can you honor a member of the royal family that exploited the people of Barbados? “[The royal family] should be asked to pay reparation, that’s what the government of Barbados should be doing.”

However, equality campaigners have praised Charles for condemning the past, calling it “a very brave statement.”

“Prince Charles being here, saying ‘we’ve had a very dark past, but Barbados has a very bright future’ is the start of a grown-up conversation which is being led by a future king,” Lord Woolley, the founder, and director of Operation Black Vote, told the Guardian. Woolley, a descendant of an enslaved African, is the only black Barbadian in the House of Lords.

“It enabled us to acknowledge, at the very highest level, the dark and tragic past from which the nation was born. But, yesterday marked the rebirth of a new nation,” Woolley said. “And that’s why him coming out and saying what is, actually, the blinding obvious, moves the debate to say we urgently need an adult conversation about these uncomfortable truths, and on how the past still influences the present in systemic inequalities that were predicated on exploitation.”

Barbados obtained independence from Britain in 1966, and, according to the New York Times, announced their plans in September to cut ties with Queen Elizabeth. They are the latest Caribbean island to become a republic, joining Guyana, Trinidad and Tobago, and Dominica.

The Queen, 95, did not attend the ceremony, but released a statement congratulating the President and the people of Barbados, expressing that they “have held a special place in my heart.”

“On this significant occasion and your assumption of office as the first President of Barbados, I extend my congratulations to you and all Barbadians,” the Queen said. “…it is a country rightfully proud of its vibrant culture, its sporting prowess, and its natural beauty, that attracts visitors from all over the world, including many people from the United Kingdom.

“As you celebrate this momentous day, I send you and all Barbadians my warmest good wishes for your happiness, peace, and prosperity in the future,” she concluded, signing the letter, “Elizabeth R.”

Rihanna is “right excellent” in Barbados

Rihanna was also honored in the early hours of Tuesday. Barbadian government officials declared the singer, fashion designer, and business owner a National Hero. She was bestowed “the right excellent,” a title that had not been bestowed in more than 20 years.

“On behalf of a grateful nation, but an even prouder people, we, therefore, present to you the designee for National Hero of Barbados, Ambassador Robyn Rihanna Fenty,” Barbados Prime Minister Mia Mottley said. “May you continue to shine like a diamond and bring honor to your nation by your words, by your actions, and to do credit wherever you shall go. God bless you, my dear.”

Barbados will continue to be part of the Commonwealth, an association of 54 member states under the guidance of the British Empire.

“It is also a source of great satisfaction that Barbados remains an active participant within the Commonwealth, and I look forward to the continuation of the friendship between our two countries and peoples,” said the Queen.