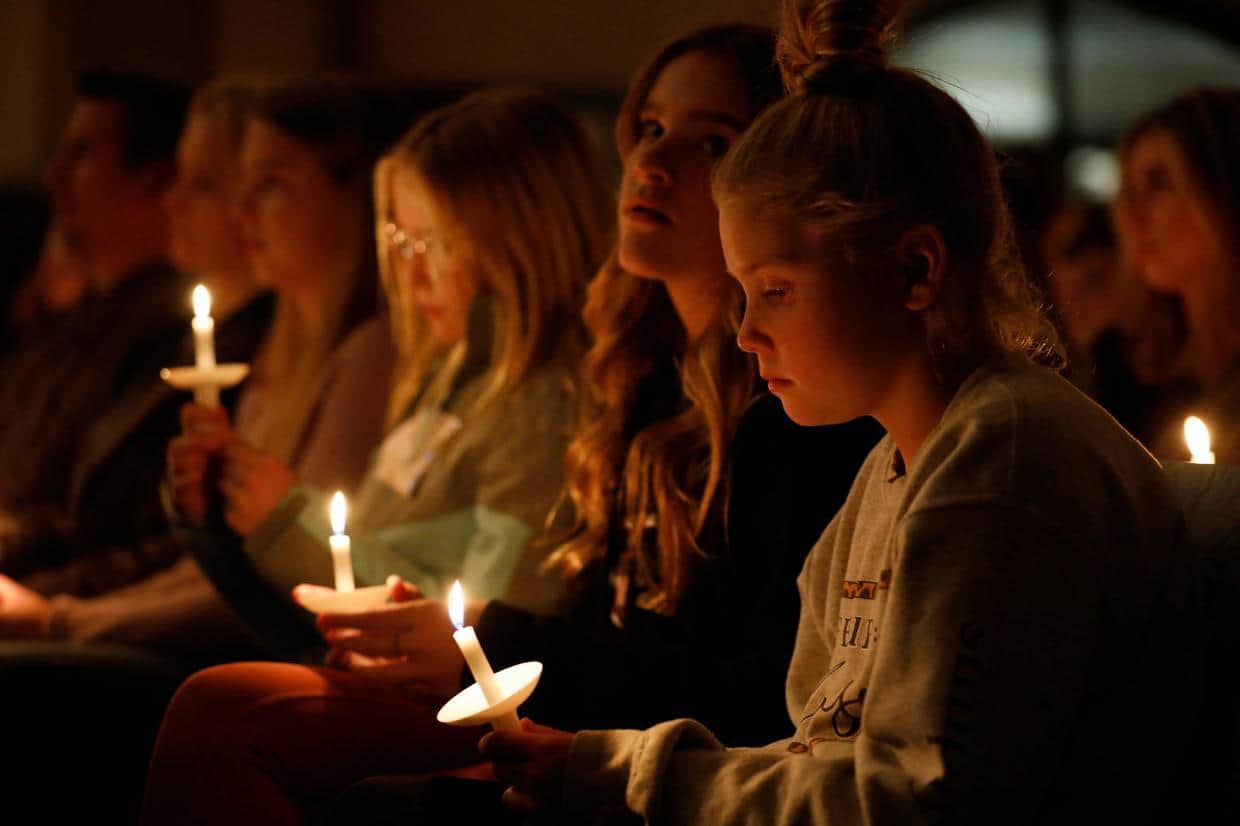 Oakland County Prosecutor Karen McDonald hinted that she may charge the parents of 15-year-old Ethan Crumbley, the Oxford High School who shot 11 people and killed 4 on Tuesday.

The charge would be for failing to keep the gun used in the shooting away from their son. Crumbley had posted disturbing comments online, which had come to the attention of school officials.

The move to charge the parents, in this case, would be highly unusual; however, gun control advocates are pushing for it as an attempt to reduce gun violence.

James, the student’s father, bought the semi-automatic that his son used in the shooting in the Detroit suburbs. Ethan Crumbley’s parents were also called in by school officials just three hours before the shooting took place to discuss his concerning behavior.

The teenager posted a countdown to his crime on Instagram and described in detail shooting up the school in his journal. With this evidence, McDonald said that the crime was “undeniably premeditated.

McDonald also said that Crumbley would be tried as an adult with one count of terrorism, four counts of first-degree murder, seven counts of assault with intent to murder, and twelve counts of possession of a firearm in the commission of a felony.

The shooting at Oxford High School is the 28th school shooting in America this year. After a year of relative respite in 2020 due to coronavirus lockdowns, gun violence has returned to American school life.

According to Education Week, 21 of these shooting incidents occurred since August, when most students returned to in-person classes.

For those seeking to reduce or end gun violence in American schools, the news of the Michigan shooting was another reminder of how often this happens in America.

The high number of school shootings is particularly alarming compared to previous years. 1999 was the last year to have a higher number of shootings than 2021, and many students have not attended school in-person the whole calendar year due to the coronavirus pandemic.

March For Our Lives, a student-led organization with the goal of ending gun violence, released a statement on Twitter calling the shooting in Michigan “absolutely sickening,” and they added, “school is supposed to be a safe place.”

McDonald, the prosecutor in the case against Crumbley, outlined that parents have a responsibility to keep their guns secure, especially in the presence of children and young adults.

“Those who do not do that should and will be held accountable,” she said. “We have to do better.”

The prosecution believes they have a mountain of evidence to prosecute Ethan Crumbley, but the charges against the parents are more unique.

Crumbley posted extensively on Instagram, including a picture of the alleged murder weapon. His account has since been deleted, but screenshots of his posts have been circulating on social media.

The prosecutor put significant blame on the parents and said they should have better secured their weapons.

According to Brady, an NGO that advocates for gun control, 7,957 children and teenagers are shot on average every year in America. In addition, eight children a day are unintentionally shot by their families.

In some American states, parents can be charged for failing to safely lock their guns away around children. These laws are typically used in cases of accidental shootings.

After a 2018 school shooting in Texas at Sante Fe High School, which left 10 dead, the shooter’s father was thought to potentially face charges as there is a Texas negligent storage law. However, the father did not face charges because his son was 17 and the law only applied to children 16 and under.

Michigan does not have a negligent storage law on its books, so the prosecution may face an uphill battle in charging the shooter’s parents. But, the potential charge is seen best through the lens of a country desperate to reduce the number of high-profile school shootings without addressing the number of guns in the country.

As the prosecutor Karen McDonald asked, “How many times does this have to happen?”