Is the ‘Biden Boom’ an Improvement to the Economy? 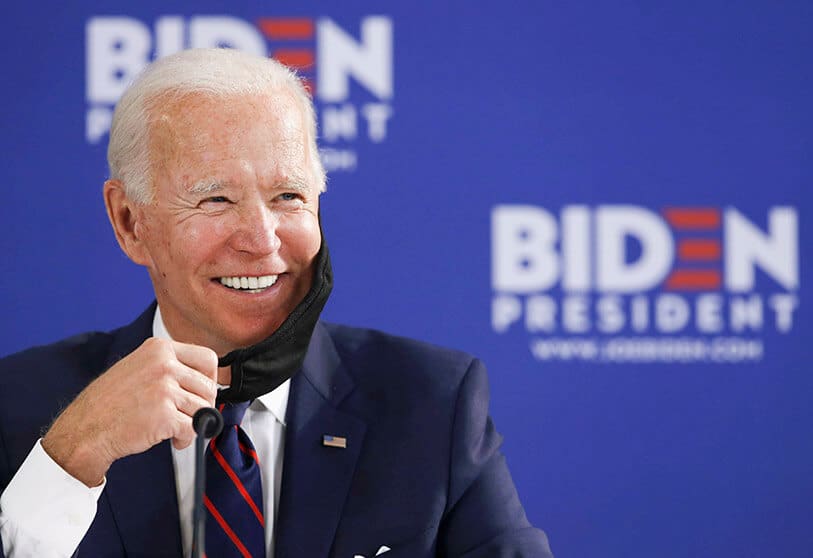 Americans are not seeing eye to eye with President Biden as unemployment declines while inflation is continually on the rise. Rising costs and the ongoing pandemic have caused concern for many, but, according to Biden, unemployment rates are at it’s best, and he insists that inflation is slowly reducing. Is this a real economic recovery? Nick Knudsen Twitted a White Video on Biden Boom economy.

The U.S. economy saw an added 210,000 jobs in November. However, the number fell short of economically predicted additions of 500,000 jobs. Despite this, unemployment rates reportedly fell from 4.6 percent to 4.2 percent, according to monthly data released by the U.S. Department of Labor early Friday. The employment-population ratio increased by 0.4 percentage points. This year has added an average of 100,000 new jobs in the data revision for September and October.

However, last month U.S. inflation met an all-time high in almost 40 years. Not since June 1982 has the country seen the largest yearly increase, according to the U.S. Department of Labor. Inflation, after food and fuel, increased by 4.9 percent – the fastest climb since 1991.

Biden insists on an economic boom

Biden argues that the legislature will help middle-class families. He spoke with the press at the Summit for Democracy closing session, celebrating the unemployment decrease while acknowledging rapidly growing inflation rates. As prices continue to rise, including gas and automobiles, Biden called it a “bump in the road,” no pun intended.

“Every other aspect of the economy is racing ahead,” he claims. “It’s doing incredibly well. We’ve never had this kind of growth in 60 years.”

And it is doing well. The economy has seen remarkably rapid recovery since former president Trump’s run. Unemployment rates had significantly decreased from 6.7 percent to 4.2 percent last year.

That did not stop the House Republicans GOP from criticizing Biden on the surge of the cost of living in a tweet on Thursday that exposed October’s inflation numbers – the highest in decades. They referred to the tweet as the “Biden boom.” Republican lawmakers have expressed concern about the Build Back Better bill’s predicted wreak of higher inflation. Despite their push back, Biden remained firm that the legislature would instead help decrease inflation and “reduce costs for ordinary people.”

Biden did admit that it has proven difficult for people to recognize that the Build Back Better bill would be beneficial to the economy, although he claimed that economists have said “it would “diminish inflation.”

“In order to get that up and running, it’s going to be focused all on the downside,” he said. “Inflation is affecting people’s lives… They’re paying more for things they need than they had to pay before. That’s the bottom line.”

Americans have more anxiety over Inflation than Covid

CNBC released an All-American Economic Survey on Wednesday that showed the heightened anxiety American’s are facing about the economy. The survey claimed that American’s plan to spend 13 percent more on gifts this year than in 2020 – the highest since 2018. However, many are anxious about high prices due to inflation. Roughly 35 percent of the 800 people surveyed plan to spend much less on this year’s holiday gifts.

“Among those spending less, 25% say it’s because the economy is in bad shape, 21% cite higher prices or trouble paying bills, and 17% want to save money,” the survey states.

“There’s a direct correlation in most people’s mind: “Well, why is there inflation?” “Well, government is spending money.” Well, that’s not the reason for the inflation,” Biden continued.

The president pointed at “really severe” supply-chain concerns as one of the major causes of a “significant increase in prices,” along with the impact of the pandemic.

“The bottom of it all is COVID,” Biden said. “COVID has had a serious impact on the ability to produce a whole lot of necessary products, particularly those imported from the Pacific and other places.”

But, CNBC’s survey found that inflation has now become the country’s top concern over COVID.

“41 percent of the public believe the economy will get worse in the next year, a modest improvement from last quarter, but still a largely pessimistic number and up seven points from a year ago,” the survey claims.

“Economic growth is stronger here than virtually any other nation,” Biden said. “Americans have more money in their pockets than this time last year – $100 more each month than last year – even after accounting for price increases. But we have to get prices and costs down before consumers will feel confident in that recovery. That is a top goal of my administration.”

The $1.75 trillion Build Back Better Democratic bill has yet to pass senate as West Virginia Democratic Sen. Joe Manchin continuously opposes the bill. Biden is expected to speak with Manchin about the bill next week.