War For Our Peace Time (Without Apologies to Neville Chamberlain) 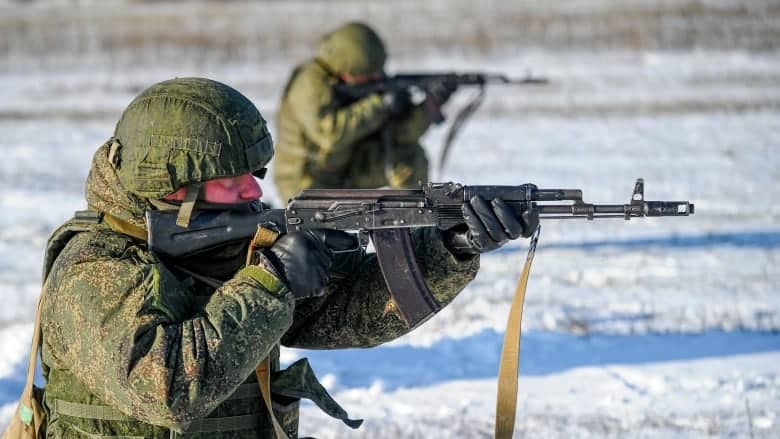 The simmering tensions between Russia and Ukraine, long since a global issue due to Ukraine’s desire to join NATO, have reached an acute boiling point with the imminent threat of an actual ground war. Great Britain is more preoccupied with its own internal wrangling and turmoil than it is in responding to ‘theoretical’ threats, much was made of the poor quality of the UK’s pandemic planning at the outbreak of Covid19, and the recent statement by the British government has a ring of empty shows of strength.

The humanitarian implications of such a direct conflict between two bordering nations are huge, so much so that the more insidiously wide-reaching effects of a return to war across Eurasia might not seem immediately apparent. Fuel supplies across Europe are a big factor to consider, as a major example. Much of the fuel Europe requires, specifically the gas, in this case, is piped into the required countries from channels that originate across Russia and Ukraine. US President Biden is even now planning to reroute supplies to Europe as a response to the growing unrest. The rest is supplied ‘on-demand,’ delivered through global shipping channels, via Liquified Natural Gas. This instability of an essential supply is a great limiter to the integrity behind many European-based NATO members’ responses to the crisis. Ukraine may well find themselves receiving platitudes instead of actions if they mass to confront Russian forces.

Ukraine is certainly keen to join NATO. While this is a highly lauded plan for the future, it doesn’t change the point of what is now and current. Vast gas reserves are piped into Europe from Russia, giving the nation a huge tactical advantage and bargaining chip in any further talks with the EU and NATO as the situation worsens. This is a massive consideration that can be offset by the fact that some EU countries have had the forward-thinking in years past to make sure they have large-scale gas storage to cover societal operations in the advent of a shortage. In the eventuality of a crisis of any kind, most of the most prominent EU states have a gas reserve that could last, theoretically, over a month.

The same is not so for the UK. Despite a decline in production by the UK’s main provider North Sea Gas, whose tappable reserves have been dwindling for the past twenty years, the current UK government went ahead with the decision to close its main storage facility (located off the coast of Yorkshire) as a cost-saving measure. Even though there are talks about repurposing the plant as a hydrogen processor as a means to work toward environmental targets, such generalized thinking towards the future doesn’t help the UK in the present. Current UK gas reserves would last under a week as a best-case scenario until new supplies were found, organized, and delivered. To put it in broad and simple terms, if a conflict between Russia and Ukraine escalates, Britain has left an important defense completely open and vulnerable for exploitation. Due to the UK’s insistence on hard-line austerity in the years since the economic collapse of 2008, despite the still prominent wealth, the nation clearly held before the destruction wrought by the Covid19 pandemic, a prominent member of NATO has willingly left itself open to coercive oppositional strategies and a need to pander when strength is required on the global stage.

Does Great Britain Needs A Better Gas Storage System, As Well As A Better Leader, Than Boris Johnson?

Boris Johnson’s failures are a constant source of attention by the media industry, to the extent that they have favorably influenced his public standing and relatability in years past as a likable buffoon with a common touch. However, since rising to power, he has seen his popularity plummet as he has been unable to escape the results of the increased scrutiny the role of a leader comes with. There is talk across UK sources for both right and left-leaning media that indicate his own party seeks to replace him immediately.

Irrelevant of people’s political standing or opinions, the notion that Boris Johnson is a suitable leader for a country such as the UK that may well be on the brink of war alongside its NATO allies is untenable, to the point of ridiculous position. In the time it has taken to write this article, new scandals about Johnson have emerged while the situation deepens further afield. Britain’s capability and supposed power on the global stage have decayed more and more in recent years; the country and its leader’s complete unpreparedness in this area is only one example of the current administration’s profound inability to lead competently.