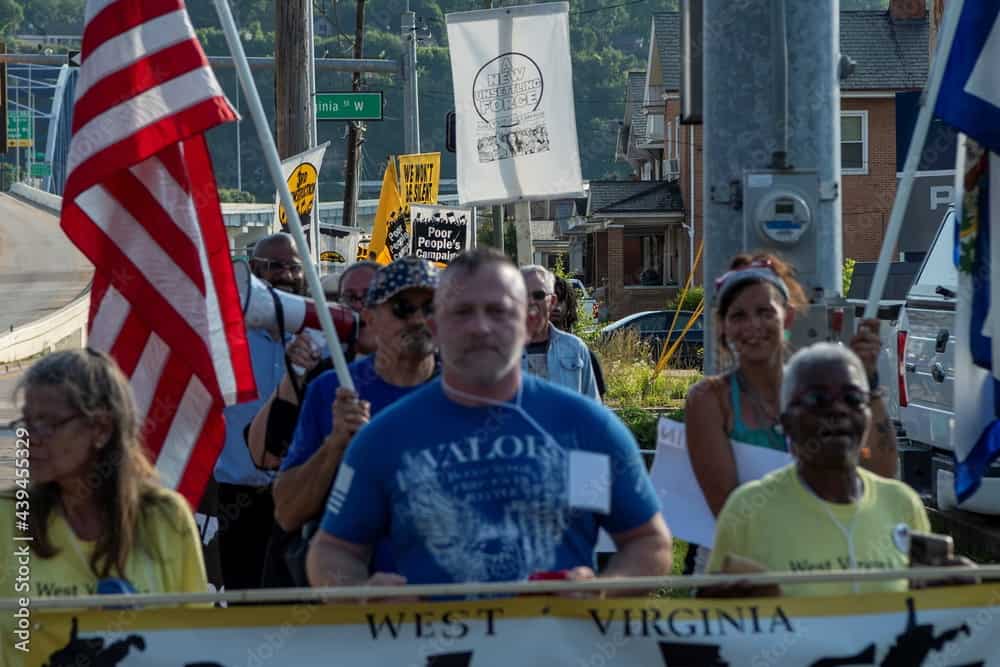 A West Virginia House Bill 4011 currently being debated by the House of Delegates has some folks nervous about its impact on educators and students across the state.

If it is passed, House Bill 4011 – being touted as “The Anti-Stereotyping Act” – would require all public schools to make accessible to the public all training materials for teachers and instructional materials for students pertaining to ‘nondiscrimination, diversity, equity, inclusion, race, ethnicity, sex or bias.”

House Bill 4011 would also require that public schools not espouse that any particular race, sex, ethnicity, religion, or national origin is inherently superior or inferior to others or that any of these groups “be blamed for actions committed in the past.”

The bill was advanced last week by the House’s education committee, which voted to end a further discussion on the legislation before numerous educators in attendance could voice their concerns or before legislators could suggest amendments with concerns.

On Wednesday, the bill went to a public hearing before the House, where a coalition of 23 speakers voiced their concerns about the bill.

A Solution Looking For A Problem

Delegate Danielle Walker (D-Monongalia) is the only black female state delegate in the state of West Virginia. She also sits on the House of Delegates Education Committee. She didn’t mince words on what she thought as she sat in the meeting last Thursday when the bill was presented to the committee.

When the bill was presented in the House Education Committee with a masked title of “Anti-Stereotyping Act,” I knew this would be a concern,” Walker said. “It was camouflaged but is a Critical Race Theory bill.”

Critical Race Theory (CRT) is an academic approach that focuses on institutional and systemic racial disparities within modern society and how they have impacted people of color. It’s become a hot topic in education circles as it has whipped up a debate on exactly how history and race should be taught to students. But according to both delegates and educators, it’s a discussion that doesn’t need to be had yet in the state.

“During the fall joint-interim Education meeting, Critical Race Theory was a topic,” Walker said. “The West Virginia Department of Education advised this is not taught in school.”

“Nobody is teaching CRT in public schools,” said Marion County public school teacher Morgan Hostutler. “We do our jobs and teach what we are supposed to teach. History, yeah, Social-Emotional Health, yeah. Neither one is always pretty.”

Meanwhile, Barry Holstein, a West Virginia resident who supports the bill, spoke at the public hearing this week and took a different approach on his view of the bill’s necessity.

“If this bill prevents a teacher from teaching something in the classroom, then we should also question what’s being taught,” he said.

Despite the concerns about the bill, not much of a discussion was given after the bill came before the Education Committee. With teachers’ union representatives and concerned delegates at the meeting, what Walker called a “gag order” was used to suppress questions and move the bill forward.

“It was the only bill on the agenda last Thursday,” Walker said. “As we asked questions of counsel and one witness, the gag order was given as a motion to move the question, and the bill was granted. The representatives of educators didn’t have a chance to answer any of their questions. The WV ACLU didn’t have a chance to answer any questions from Delegates.”

With the bill now moving forward to the Judiciary Committee, many are still concerned about the direction this bill takes and whether it is something worth introducing into the public school system in the state.

“If a teacher is doing actual mental harm to students or a parent has a specific issue with what is happening with a specific teacher in a specific classroom, it should be dealt with by that school,” Hostutler said. “Oftentimes, a misunderstanding has occurred, and a conversation can solve the issues…this bill is absolutely not necessary to West Virginia.”

“It’s a bill to solve a problem that doesn’t exist,” Walker said.

Impact on Students and Teachers

At the hearing, according to Walker, a young child took the floor to oppose the bill, speaking out about her concerns about her experience in the classroom.

“A student gave testimony that she enjoys the engagement in her classroom and fears her teacher may leave or get in trouble,” Walker said. “History is good, bad, or indifferent.”

Bekah Aranda is a parent of two schoolchildren in West Virginia and understands both what that young child and Delegate Walker’s concerns are. Not just that the bill is unnecessary, but it could impact both students and teachers in the classroom in ways that negatively impact their learning.

“As a parent, you hope the public school system will provide your children with a well-rounded education,” Aranda said. “As our society evolves, we have a greater understanding of history through a lens that is less about those who typically held power and more about understanding the American experience through the eyes of different people in society.

“Good teachers seek to teach students to think critically for themselves, which means examining complex issues deeply and having challenging and sometimes uncomfortable conversations.”

There is also concern that the bill could cause teachers to want to stay away from teaching about race, gender, or even history in general due to the complications with the proposed bill 4011.

“The bill is going to cause a lot of teachers to shy away from teaching concepts that may be considered divisive or stereotyping like race, gender, LGBTQ, and others,” Hostutler said.

“The reason I say that is because it will create more paperwork that teachers just do not have the time to deal with, which I think is the intention of the bill,  and teachers are going to shy away from these topics because they have to put their names on it publicly on a website. This could cause harassment from people who disagree with the topic they are teaching, even though it is a part of the curriculum and standards.”

Some also are concerned that the bill could even drive educators out of the field, further hampering the public school system’s ability to educate kids as a whole.

“Specifically, my concern as a WV parent is that teachers who are already overburdened and exhausted will view bills like House Bill 4011 as yet another obstacle to doing their job well and will walk away from the profession,” Aranda said.

“This bill will cause an even greater exodus in the public education system,” Walker said.