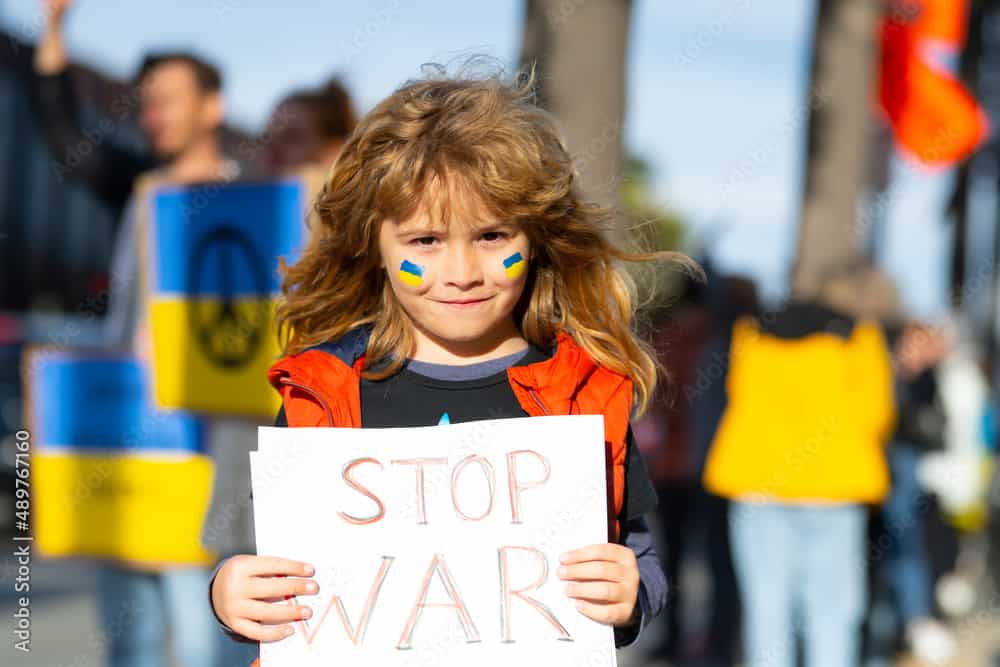 Since Russia’s most recent invasion of Ukraine on February 24, an estimated 549 civilians have died and nearly a thousand are reported to be wounded. However, most contend the actual number is likely higher. Two-and-a-half million people have fled Ukraine since the invasion, the fastest refugee crisis since World War II. Russian President Vladimir Putin has silenced the nation’s media, insisting that the country is involved in a “special military operation” and nothing more. The Russian government has established a new law that would imprison for 15 years those who offer a conflicting viewpoint from this narrative.

The invasion of Ukraine and subsequent global impact has kept people worldwide wondering what could happen next. What the future might be for Russia, Ukraine, and the rest of the world is unknown, but the reason behind the invasion and Putin’s possible motivation could provide some insight.

Growing up in a Cold War

Putin’s history gives a glimpse into his connection with the former Soviet Union and how it influenced his way of thinking. He was born in 1952 at the birth of the Cold War when the Soviet Union was vying for global power and influence. He studied law at Leningrad State University and joined the KGB, the Committee for State Security, in 1975.

When the Berlin wall fell in 1989, Putin was a 37-year-old officer in the East German city of Dresden. A few weeks later he was at the Stasi compound there when an angry mob stormed it. As they attempted to access the interior KGB offices, Putin called Moscow for reinforcements but was told, “Moscow is silent.” Instead, he calmly managed to dissuade the mob on his own. It wasn’t long before USSR republics vied for independence, and the Soviet Union ceased to exist. In a series of interviews published in 2000, Putin later recalled the dissolution of the country he’d known. “…I wanted something different to rise in its place. And nothing different was proposed. That’s what hurt. They just dropped everything and went away.”

Within a few years, Putin rose to become deputy mayor of St. Petersburg and eventually joined the staff of then-President Boris Yeltsin. He continued to rise through the ranks until 1999, when Yeltsin appointed Putin as prime minister. That was the power Putin needed to push for control of the newly-independent Republic of Chechnya to the southwest, blaming its citizens for a series of bombings in Russia. Within a few months, Yeltsin resigned and named Putin acting president.

A Leader Emerges; and Stays

His calm demeanor and no-nonsense attitude became hallmarks of Putin’s style. He quickly won over the public and the election in 2000 while ensuring his closest allies were those he had known for decades and those whose sentiment for the Soviet Union seemed to mirror his own. He left his role as president in 2008 due to a constitutional provision but was quickly named prime minister by newly elected president Dmitry Medvedev.

When Medvedev could have run for re-election, four years later, the men instead swapped roles. The 2012 election brought Putin to the presidency once again despite strong opposition. Once elected, those opposing him were jailed, and he swiftly snuffed any protests. In 2014 when Ukrainian president Viktor Yanukovych, a supporter of the Kremlin, was ousted by protesters, Putin took action. He sent troops to annex the autonomous region of Crimea and provided support to pro-Russian supporters in the region of Donbas to the east. He claimed that these parts of Ukraine had always been part of Russia and sought to keep the country from being divided.

Putin’s most recent term as president will come to an end in 2024, but he has the option to run again. In 2020 citizens voted in favor of a constitutional amendment that allows Putin to remain in power until 2036 should he win the next two elections.

From Putin’s actions, comments and history, it appears he wants to recreate the Soviet Union of his past, to rebuild what was lost, and to cement the country’s standing as a world leader. “Russia has been a great power for centuries and remains so,” he said. He has also claimed that the fall of the Soviet Union was one of the greatest catastrophes of the 20th century.

Ukraine itself is a desirable asset. The country is second only to Russia in size compared to its European counterparts. It’s well-situated on the Black Sea and is estimated to have the second-largest natural gas reserves in Europe. The country is rich with other natural resources, consistently among the top global producers of lithium, titanium, and iron ore.

Since he first became president, Ukraine has appeared to always be in his sights. He has consistently and methodically fought any future global alliances with Ukraine, such as potential admittance to the European Union and NATO. Although parts of Ukraine like Crimea and Donbas have been under Russian control since 2014, the threat of further invasion has existed for almost a decade. When troops began to amass in early February, Ukrainian President Volodymyr Zelensky reminded his nation, “We have been in the situation for eight years.”

Leaders worldwide have attempted negotiating with Putin to convince him to withdraw troops and halt the invasion. Even those from Israel, Turkey, United Arab Emeritus, and India, which heavily rely upon Russian exports, have tried to convince the Russian leader to meet with Zelensky with little result. Their other focus is deescalating the possibility of nuclear war. Putin has already threatened that his nuclear arsenal has been placed on high alert.

It’s possible that Putin won’t stop until he controls Ukraine. That coup would make the invasion of other former-Soviet republics more possible.

Ukraine and Russia share cultural and linguistic ties along with their intertwined histories, both fruitful and challenging. “Ukraine is not just a neighboring country to us. It is an inherent part of our own history, culture, spiritual space,” he said on February 21 after a Security Council meeting. “They are our comrades, relatives, not only colleagues, friends, but also our family.”

With the assertion that they are “family,” Putin seems intent upon forcing the reunification by amassing destruction and control over Ukraine. After a call with French President Emanuel Macron, a senior aide to Macron, told Al Jazeera he believed “the worst is yet to come.”