Will The Great Resignation End in 2022? 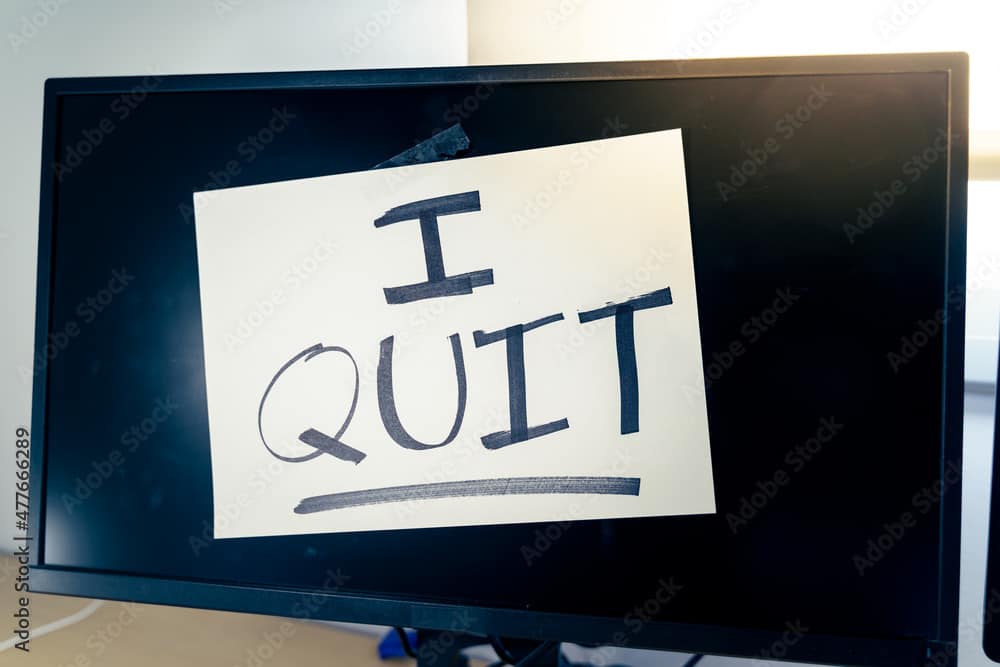 In what has been dubbed “The Great Resignation,” a record number of people left their stable jobs in 2021 to pursue new ventures. Some chose to leave after spending time at home during the lockdown. Others suddenly found themselves without employment for many months and in the meantime discovered self-reliant opportunities for income.

It’s a phenomenon unmatched in America’s history and has left corporate leaders wondering whether it will continue through 2022.

The past two years have given many employees the opportunity to explore hobbies and interests that they otherwise wouldn’t have been able to do. It also afforded workers time of reflection, whether that meant more time with family or moving out of state while continuing to work remotely. Employees indicate that this flexibility has impacted their attitude about their work environment.

Just as employees have shifted their expectations about work, corporations have shifted the way they do business. Some have downsized their office space which in turn has required fewer employees. Others have shifted their work style allowing employees to choose from hybrid or at-home options, usually dependent upon the type of work. Employees whose new work habits don’t mesh with those of their employers have often taken their future into their own hands.

A record 68.9 million people left their jobs in 2021, either dismissed, laid off, or quit. Of those, 47.4 million people left voluntarily. Despite this surge in people leaving jobs, the number of people working or seeking work hasn’t decreased; after a significant dip in March 2020, the Bureau of Labor Statistics shows that the labor force participation rate has almost resumed its pre-pandemic level. What is different is where these people are working.

One-third of these employees stated that they left to start a new business. Google reported that “how to start a business” was searched more often than “how to get a job” in 2021. It coincides with an enormous number of new business applications filed in the past two years. In 2019 there were 3.5 million applications filed. That number jumped to 4.4 million in 2020 and 5.4 million in 2021, the largest jump in the nation’s history.

The possibility that employees will leave to start their own business is fueled by the increase in side hustles. The side hustle is nothing new. The concept began in the 1950s during a recession, but the number of people actively pursuing a second source of income jumped in 2019. According to a Zapier Survey, in 2020 one-third of Americans had a side hustle, and one-third of those started that same year.  Another 24 percent of Americans said they planned to start a side hustle in 2021.

The familiar sight of “Help Wanted” signs in storefronts across the country last year was the first indication that the Great Resignation had begun. Many small businesses are still struggling to find employees. The overall unemployment rate fell to 3.8 percent, as 49 percent of small business owners said they had openings they couldn’t fill.

There has been an upside to fewer employees vying for jobs. For those who remained with their employers, the ADP Research Institute reported that in December 2021 wages increased 5.9 percent over the previous year. The minimum wage increased in 21 states at the start of 2022. Companies across the country have offered hiring incentives and bonuses for those ready to fill a myriad of openings. Yet this increase in pay isn’t necessarily keeping up with inflation, as the rate of inflation jumped to 7.9 percent, the highest increase in 40 years.

Will the Great Resignation Trend Continue?

The Great Resignation shows no immediate sign of slowing. After a decline in December, another 4.3 million people left their jobs in January matching the record set in November. Yet the number of new business applications has begun to dip. This could signal that the number of people leaving jobs will also stall or at least slow by the end of 2022.

If the biggest surge of departures has already hit, that may mean fewer people leaving the remainder of the year. Because there are plenty of opportunities for job seekers, it’s possible that some who are counted as part of the Great Resignation may find a seat among jobs newly vacated.