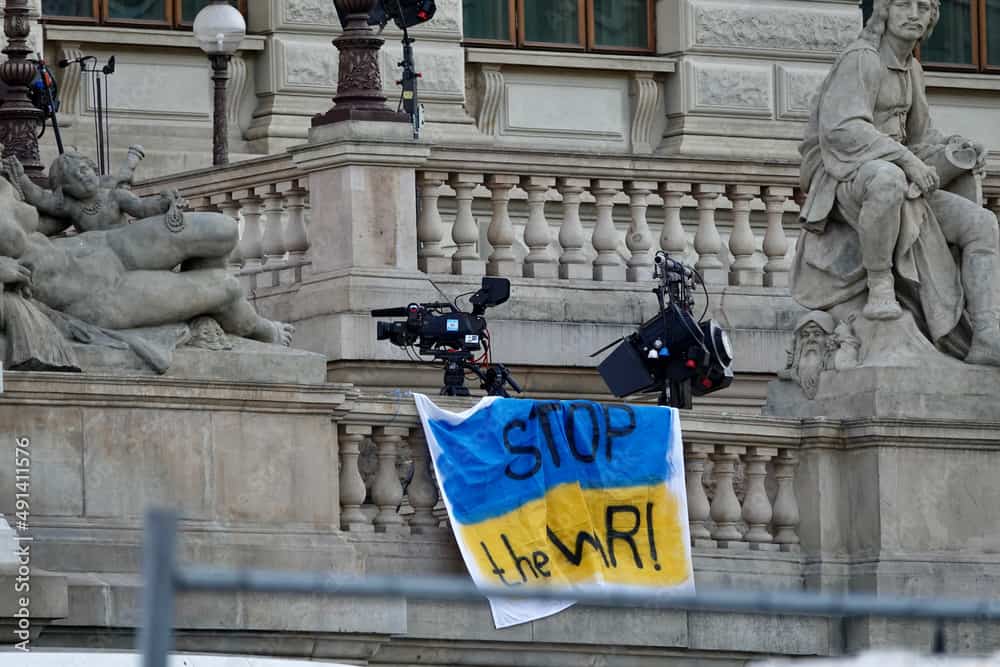 The flagship of the Russian Black Sea fleet was sunk this week as the Russia-Ukraine conflict continues to cause disruption and panic in the largest land war in Europe since World War II.

In a symbolic and material defeat for the Russian offense, Ukrainian freedom fighters peppered the Moskva warship with an offense of missiles that ultimately succeeded in sinking the freighter, considered the premier warship of Russia’s battalion in the Black Sea region.

The success of the Ukrainian military in defending their country has surprised both their Russian adversaries and the rest of the world, far exceeding the expectations of most in their ability to repel a fierce Russian offensive.

Russia itself dismissed Ukrainian claims that the Warship was sunk by military efforts, instead suggesting that a fire sank the ship on board the cruiser.

The fire started below deck, caught rapidly, and ignited many of the weapons on board, resulting in a series of explosions that tore openings in the massive ship’s hull.

The warship’s loss has come as the latest blow to the prestige of Moscow’s offensive effort in a war that has proved exceedingly unpopular both with the international community and its domestic population.

Ukraine itself has jumped on the opportunity to claim the sinking of the ship as an iconic moment of defiance against the much larger and heavily armed Russian military, with Ukrainian President Vladimir Zelenskyy posting a picture of a single Ukrainian soldier on the beach giving the middle finger to the passing warship while it was still afloat.

U.S. Intelligence appears to have confirmed Ukrainian claims that the ship was sunk by their efforts, stating that they gathered that at least two Ukrainian missiles struck the massive ship.

Earlier this week, residents of New York City reeled in shock in response to an unsettling mass shooting event that occurred in Sunset Park on the MTA subway system, the nation’s most extensive mass transit system.

Twenty-three people were injured, and miraculously, none were killed in the Wednesday morning attack that occurred in the Sunset Park neighborhood, a working-class area mostly populated by Hispanic and Asian demographics.

The shooting was carried out by 62-year-old Frank James, who set off a number of gas canisters in the subterranean cars while proceeding to fire off 33 bullets from legally acquired handguns.

James slipped away in the chaos of the violence, while a city-wide manhunt was enacted with a $50,000 reward posted by the city.

The suspect has been apprehended by NYPD, who was captured in the East Village after a 21-year-old Syrian immigrant spotted him carrying a large black duffel the day following the incident.

The shooting has rattled a city already on its nerves. An increase in gun violence city-wide has become a topic of concern for both the average metropolitan and the administration of newly elected NYC Mayor Eric Adams.

Frank James has been noted to have posted several videos in the past several years that contain violent language and insinuations, bigoted worldviews and ideas, and several harsh criticisms of Mayor Adams.

Subway ridership has plummeted since the beginning of the COVID-19 pandemic, with some estimates gauging that has remained at forty percent below normal levels.

Adams has made an alleged crackdown on crime a key element of his tenure and vowed to address the marked increase in gun violence. Many residents of the city have been critical of this response thus far.

COVID 19 Cases On The Rise Again After Short Abatement

The number of COVID-19 cases is beginning to rise in The United States, just a few months after the relief brought by the abatement of the record-breaking Omicron wave.

Scientists remain relatively optimistic that the coming wave will pale compared to the previous one, which tore through the country and the world with extreme levels of infections occurring in most states.

The Omicron wave brought with it at points hundreds of thousands of infections per day. The new wave, spearheaded by a variant called BA.2, has already begun to affect areas of Europe and the eastern seaboard.

Despite the growing anxiety about the novel variant sweeping the country, experts have stressed reassurance that higher vaccination rates should prevent the occurrence of severe illness and death – both significantly lower than in the early 2020 outbreaks.

Despite this cautious optimism, local and state governments have begun to respond to the impending wave by implementing many precautions that have become staples of the Pandemic era.

Philadelphia has become the first major US city to reinstate indoor mask regulations in the face of the oncoming BA.2 round of infections. Its infection rates have risen sharply in the past couple of weeks.

Despite this increased caution, many experts agree that it will be challenging to convince a weary populace to comply with strict quarantine measures.

The latest wave brings with it the discomforting reality that the pandemic is far from over, with potential new variants continuing to emerge.