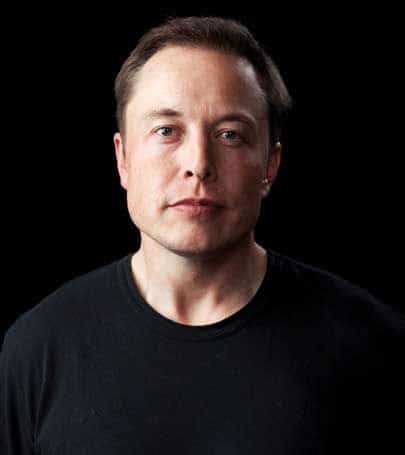 When Elon Musk announced he was purchasing Twitter, he made it clear that his focus was on freedom of speech.

In a brief note to the board of directors, he asserted that Twitter could only become a vehicle for free speech if it was privatized.

“I believe in its potential to be the platform for free speech around the globe, and I believe free speech is a societal imperative for a functioning democracy,” he wrote. “Twitter needs to be transformed as a private company.”

His purchase of Twitter on April 25 for $44 billion may have seemed sudden, but the potential was likely brewing for years. Among CEOs, he’s the second-most frequent Twitter user and is infamous for replying directly to users or reposting others’ comments. Yet his relationship with the platform has been anything but pleasant. Musk has been penalized for tweets and has openly criticized Twitter for blocking users who report false information.

Musk very recently faced the aftermath of his own tweets. On April 27, a judge upheld an arrangement whereby Musk cannot tweet financial or specific business information without lawyer approval. The arrangement is part of a plea agreement in the wake of Musk’s tweet in 2018 about taking Tesla private. The SEC didn’t find humor in the tweet and slapped Musk with a subpoena. The judge who denied the motion this week to remove the restriction noted that these comments could violate securities laws.

Toeing the legal line is something familiar to Musk. As part of the takeover, Musk agreed not to “disparage [Twitter] or any of its Representatives.” Whether he has already broken the agreement is up for debate.

A day after the Twitter purchase was accepted, Musk criticized the team that moderates content and its leader, attorney Vijaya Gadde. Her team manages issues like harassment and dangerous speech and was integral in removing political advertising and banning certain users following the January 6 riots at the capitol. While not directly naming names, Musk’s negative comments were in response to articles about both Gadde and Twitter’s General Counsel Jim Baker. Since Musk’s post, Gadde has been hit with a wave of abusive tweets.

Musks’ conflict with Twitter isn’t just limited to legalities. A self-described “first amendment absolutist,” Musk has criticized social media for blocking users and false information. Whether the false stories are from Russian media or the former president, Musk believes they should be shared.

In March he tweeted that Starlink, the satellite internet service operated by his SpaceX company, was asked to block Russian news sources. His response was to the point. “We will not do so unless at gunpoint. Sorry to be a free speech absolutist,” he wrote.

The First Amendment in the U.S. Constitution, among other things, states that Congress shall make no law “abridging the freedom of speech.” The idealized notion of freedom of speech assumes that freedom of speech exists everywhere in every forum. In truth, that protection is solely from the government.

When it comes to individuals, private businesses, and social media, freedom of speech has limitations. Expressions that are offensive, threatening, or insulting can legally be removed by social media.

Social media companies are facing new laws in Florida and Texas to prohibit banning accounts of political candidates and giving residents the right to sue these companies when content is moderated. The states decry that such bans violate freedom of speech. Lobbying groups for the social media companies contend that the decision to exclude content exceeds the states’  authority and infringes on equal protection. Without such restrictions, content is open to being illegal, objectionable, or defamatory.

One hope for Musk’s Twitter takeover is to reach its full financial potential. At the time of purchase, TWTR shares were trading only slightly higher than their IPO price nearly ten years ago. In the same period, shares of Facebook gained 273 percent.

Since the takeover, shares jumped 5.9 percent. Yet the world’s richest man has said his acquisition is not about money. Instead, he has suggested he plans to remove spam bots, change the algorithms and remove advertising.

He also plans to remove content restrictions and allow any user on the platform. This will clash immediately with the Digital Services Act. This legislation in the European Union is its own version of freedom of speech designed to protect users from content that is false or harmful, such as hate speech. After the announcement of Musk’s Twitter takeover, the EU’s internal market commissioner quickly tweeted a warning. “Be it cars or social media, any company operating in Europe needs to comply with our rules – regardless of their shareholding.”

The impact isn’t only external. There’s concern by employees that he’ll shift the internal culture. In the past Twitter, employees have enjoyed a flexible work environment and maintaining a work-life balance. That’s not been the case at Tesla where the culture favors innovation, product solving, and constant communication. Some employees have felt this leads to unrealistic expectations, long hours, and plenty of uncertainty.

The acquisition will not be complete for several months. In the meantime, some Twitter employees are weighing their options while celebrities and politicians are both leaving and rejoining the platform. There will be plenty of speculation on the future, possibly much coming from Musks’ own tweets.