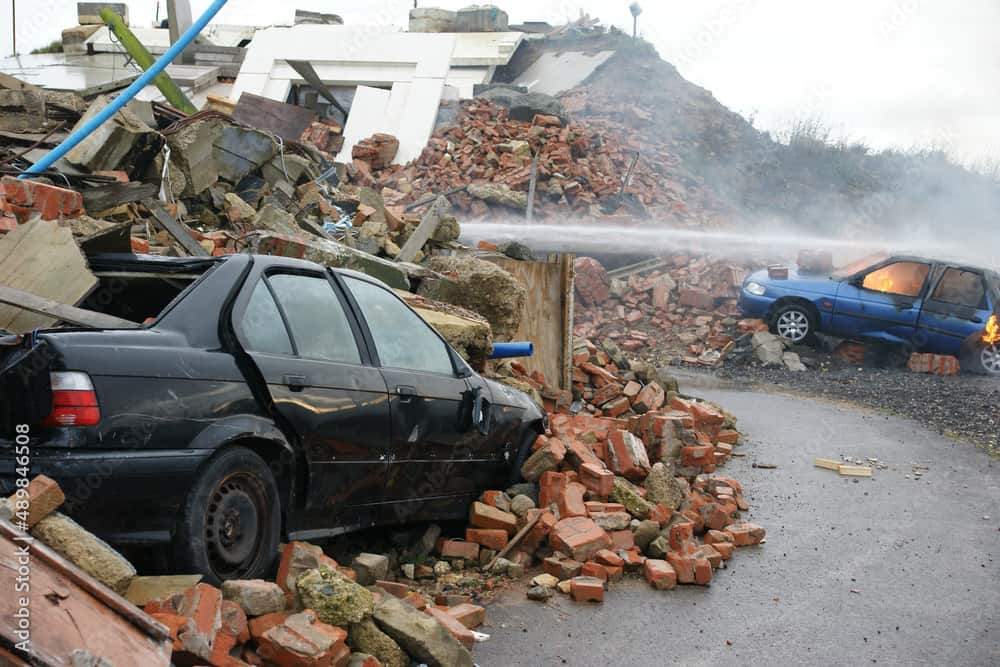 The Russian military has been reported to have been suffering a heavy loss of personnel in Eastern Ukraine, where battles have raged for weeks as Russia has refocused efforts to capture major urban centers in the region.

In Mariupol, a port city in Eastern Ukraine that has been under constant bombardment, over 1,000 civilians are trapped in the underground levels of an abandoned steel plant, one of the last holdouts of the Ukrainian military in the otherwise decimated city.

Those trapped in the plant included numerous women and children, which has brought international concern and a call for Russia to allow an evacuation.

“We Don’t know why they are not taken away and their evacuation to the territory controlled by Ukraine is not being discussed.” Said Sviatoslav Palamar, a commander in the Azov Regiment, Ukrainian military.

Conditions in the plant were grim, with the temporary residents reportedly eating just one meal a day and sharing paltry amounts of freshwater to drink. Videos shot within the plant showed several unidentified men nursing wounds, several with amputated limbs.

Accurate information on the totality of the Eastern conflict remains difficult to ascertain, as both Russian and Ukrainian forces typically encourage restraint with regard to reporting from the combat zone.

Tensions between Moscow and the west have exacerbated as several western powers have significantly stepped up the number of resources they have been willing to commit in aid to the Ukrainian military. Despite the flow of aid, Ukraine remains in constant need as it faces a much larger and well-equipped military that has yet to deploy most of its reserves.

However, several U.S. intelligence reports have stated that the Russian offensive continues to go more slowly than planned, with Ukrainian resistance forces exceeding expectations in terms of their ability to frustrate Russia’s agenda.

Millions remained unable to leave their dwellings in one of the world’s largest cities as Shanghai remained in ultra-tight lockdown in an effort to completely eradicate any trace of COVID within its boundaries.

Shanghai, the financial capital of China and home to over 25 million in its metropolitan area, reported no new daily COVID cases this past week, according to state media.

The severity of the Shanghai lockdown has illustrated the lengths to which the CCP will go in order to control the spread of COVID-19 and has put residents of other major Chinese metropolitan centers on edge.

“You look at a city that used to be crowded and now is void. You wonder how these people manage to survive,” said Li, a finance worker in Beijing.

Measures in Shanghai have surprised the world as China seems to be pulling in the opposite direction from much of the world, where COVID restrictions have relaxed in recent months in order to facilitate the weariness of populations exhausted by strict lockdown measures.

The zero-COVID policy has left many residents of Shanghai cooped up for more than a month. As some have found it difficult to access basic necessities, political dissidence has fomented in the repressed population.

Incumbent President Xi Jinping has expressed hope that if the zero-COVID policy is effective that it will aid his reelection, attaining a before unheard of the third term as head of state for the CCP.

It is estimated that about 46 cities in China are in at least partial lockdown, affecting the day-to-day lives of over 343 million people in the world’s most populous nation.

Several have expressed skepticism over the validity of the CCP’s reported infection and death rates, which seem surprisingly low given the country’s long history with the virus and massive population.

Climate Activist Self Immolates In Front Of Supreme Court

Wynn Bruce, a climate activist based out of Boulder, Colo., set himself ablaze on the steps of the supreme court in an act of protest designed to draw attention to the planet’s intensifying climate crisis.

The Metropolitan police of Washington, D.C. reported that Bruce, 50, died of his self-inflicted injuries after being airlifted to a local hospital.

“This is a deeply fearless act of compassion to bring attention to the climate crisis.” Said Dr. Kriteee Kanko, a climate scientist at the Environment Defense Fund, and a colleague of Wynn Bruce at the Zen Temple of Boulder.

Mr. Bruce set himself ablaze on the plaza in front of the Supreme Court at approximately 6:30 p.m. last Friday. Bruce identified as a Buddhist, performing the act in protest in an apparent imitation of the Vietnamese monks who performed similar acts in opposition to the Vietnam War.

Bruce had a fondness for Thich Nhat Hanh, a highly influential Zen practitioner and anti-war activist who passed away earlier this year of natural causes. Hanh has been recorded as making statements in support of the Vietnamese monks who practiced self-immolation.

“to burn oneself by fire is to prove that what one is saying is of the utmost importance. There is nothing more painful than burning oneself. To say something while experiencing this kind of pain is to say it with utmost courage, frankness, determination, and sincerity.”

The act echoed similar protests that have been made in recent years. David Buckel, a civil rights lawyer, and environmental advocate, set himself on fire in Prospect Park in 2018 in order to protest and draw attention to the climate crisis.