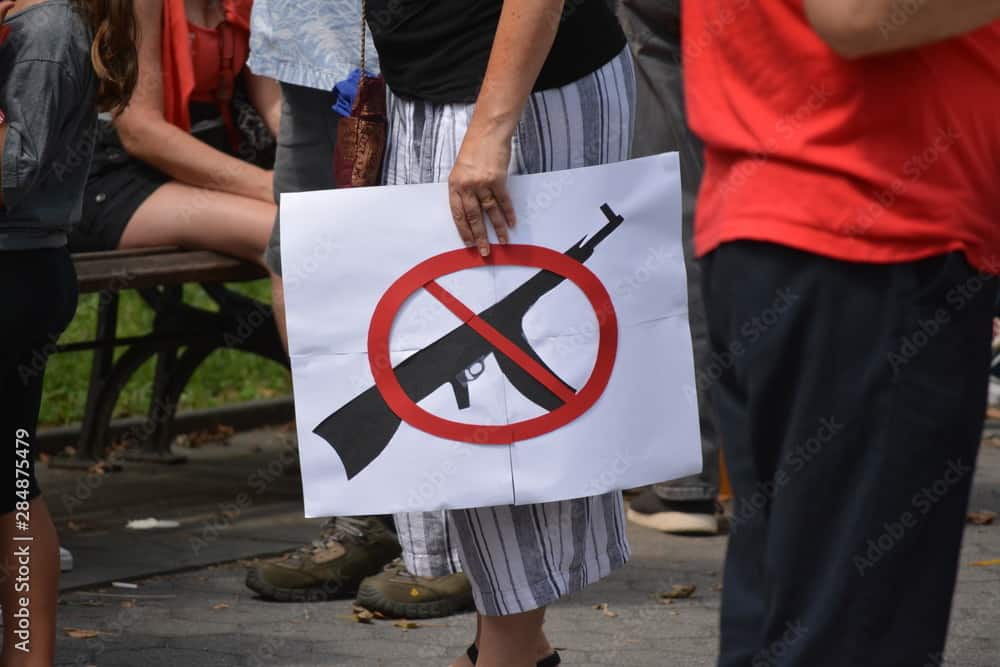 The United States Senate announced that their bargainers have successfully created a modest bipartisan response to the recent wave of gun violence that has afflicted the country in the last month.

The rare moment of political accord was hailed by President Joe Biden and his Democratic counterparts, even while they acknowledge that it falls significantly short of the steps necessary to address the pandemic of gun violence that currently rages in the United States.

The framework “does not do everything that I think is needed, but it reflects important steps in the right direction, and would be the most significant gun safety legislation to pass Congress in decades.” Said, President Biden.

Senate leaders have expressed desire and optimism that the legislation would move rapidly through both houses of congress once it was more fully composed, riding off political outrage that has been built in the US due to a truly astounding string of mass shootings that have occurred in the past few weeks.

The legislation as it stands right now would enhance background checks in regards to buying a weapon, including investigations into mental health records of prospective gun owners, as well as banning the sale of large-capacity magazines to the public.

Billions of dollars are also to be spent expanding the number of community mental health centers and suicide prevention programs.

Chuck Schumer, Senate Majority Leader, framed the accord as “a good first step to ending the persistent inaction to the gun violence epidemic”.

Should the legislation pass shortly, it would be the first major firearms restriction legislation since the 1994 assault weapons ban.

Leaders of the special House committee investigating the 2021 January 6th attacks on Congress have called on the Justice Department to consider indicting former President Donald Trump on criminal charges regarding his words and actions surrounding the incident.

Members of the committee have begun to express frustration at the level of The Justice Department’s inaction regarding the former President’s possible guilt regarding the violent events that took place that day.

Adam Schiff articulated that frustration by stating that “There are certain actions, parts o these different lines of effort to overturn the election, that I don’t see evidence the justice department is investigating,”.

“I would like to see the justice department investigate any credible allegation of criminal activity on the part of Donald Trump” he continued.

One of the activities that have placed Trump under scrutiny to be indicted under more serious criminal charges is the revelation that he participated in issuing pardons to several republican senators who had participated in secret meetings prior to the January 6th attacks.

Last Thursday’s primetime airing of the Committee’s hearing attracted over 20 million viewers, indicating significant public interest in how events transpire. Schiff has indicated the evidence provided by the panel at those hearings was “just a sample”.

Another hearing is due for Monday, where Schiff said that the committee will “tell the story of how Trump knowingly propagated his big lie.” said Schiff.

Raskin expressed confidence that the investigations would ultimately yield results and sway the opinion of the public, stating that “Everything we’re doing is documented by evidence, unlike the big lie, which is based on nonsense.”

“Everything we’re doing is based on facts.”

Russia Makes Gains in The East as Fighting Rages On

Russia has made progress in its mission to claim territory in Ukraine as more eastern metropolitan centers have begun to fall to its aggressive military onslaught.

Sievierodonestsk, a city coveted by Moscow for its importance in consolidating power in Eastern Ukraine, appeared on the brink of falling.

“The Russians are making every effort to cut off Sievierodonestsk,” said the regional governor, Serhiy Haidai.

“The next two or three days will be significant.” She continued.

Ukrainian defense forces have begun to falter in the face of the Russian offensive, oftentimes finding themselves outmatched in terms of the amount and sophistication of military equipment possessed.

“…every day the equipment is destroyed. You have to replace it with something new.” Said Oleksandr Voronenko, 46, a military police officer stationed in Lysychansk.

Ukraine has up until this point been supplied with massive amounts of arms from the United States and other NATO powers, themselves highly invested in slowing the Russian advance.

However, as the momentum of the war begins to shift more decisively in Russia’s favor, Ukraine’s allies have begun to slow their supply as they reassess material priorities.

This “does raise more serious longer-term questions about the nature of the conflict, Ukraine’s aims, and Western aims in relation to those,” said Ian Lesser, a former American official who heads the Brussels office of the German Marshall Fund.

Such deliberations occur as Ukraine suffers heavy losses in its defense of the Eastern Regions, with the country’s own assessment estimating that 1-200 fighters a day are losing their lives, enacting a fierce defense against a more comprehensively equipped Russian military.

Ukrainian president Volodymyr Zelensky stated that “in many ways, the fate of our Donbas is being decided” around the defense of Sieverodonetsk and Lysychansk.