Hunter Biden and Jared Kushner – Both Facing Allegations of Corruption 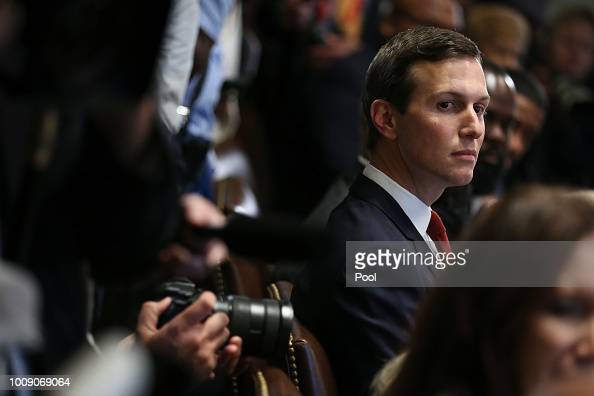 Former President Donald Trump and current President Joe Biden differ in a vast number of ways; politics, policies, perspectives; but they do share at least one commonality – family members under investigations for potential corruption and wrongdoing.

Hunter Biden and Jared Kushner are both currently under investigation for crimes related to high level corruption in various political spheres.

Jared Kushner is the son-in-law of former President Trump and a very well-known figure within the Trump administration. He joined Trump’s 2016 campaign to help develop his digital media strategy before joining as a senior White House advisor throughout Trump’s tenure. Before his time in politics, Kushner was and still remains a businessman and an investor.

This month, The House Committee on Oversight and Reform announced via a letter that they are launching an investigation into a $2 billion investment by a Saudi Arabian wealth fund working with Kushner’s private equity firm.

Kushner’s firm, Affinity Partners, was incorporated on the first full day after Trump’s departure from office.

The panel performing due diligence for the Saudi Fund found Kushner’s firm to be inexperienced and overpriced, also reporting the firm’s operations were ‘unsatisfactory in all aspects.’

Despite cautionary advice against funding, the Fund’s board, led by M.B.S., approved the funding, leading to ethical questions about Kushner’s relationship with M.B.S. and whether the payment influenced Trump’s later actions.

The Times reported shortly before the 2020 election, Kushner unveiled the Abraham Fund to capitalize on the Abraham Accords – diplomatic agreements aimed at normalizing relations between Israel, the United Arab Emirates, and Bahrain.

Against initial claims, reports have found that many of these countries were never allocated funds and instead Kushner and Mnuchin received large portions of the profit. Mnuchin’s newly formed commercial enterprise “received $500 million commitments from the Emiratis, Kuwaitis, and Qataris,” plus $1 billion from the Saudi sovereign wealth fund within months of his time at the Treasury Department ending.

Kushner’s new firm received a $2 billion investment from the Saudis six months after he departed from government.

In the most recent public filings with the Securities and Exchange Commission, Affirm reported that it held $2.5 billion with most of it being the $2 billion from Saudi Arabia.

The Saudi documents obtained by The New York Times say that in return for its investment, the Saudi Fund would receive a stake of at least 28% in the firm.

Kushner played a leading role inside the Trump administration. He defended M.B.S. after U.S. intelligence agencies concluded the Saudi ruler had approved the 2018 killing and dismemberment of Jamal Khashoggi, a Saudi columnist for The Washington Post who had criticized the kingdom’s rulers.

Kushner also authored the Trump peace plan for the Israeli–Palestinian conflict, which was announced in 2020 and viewed as highly favorable for Israel. In addition, Kushner acted as the primary Trump administration participant in talks regarding the Middle East Peace Process, leading to the signing of the Abraham Accord 2020.

Kushner has also helped broker $110 billion in weapons sales to Saudi Arabia over the past decade.

A spokesperson for Kushner offered a statement to The New York Times in response to the House committee’s activities. “While achieving six peace deals in the Middle East, Mr. Kushner fully abided by all legal and ethical guidelines both during and after his government service,” it said. “He is proud to be among many private sector stakeholders advancing connectivity between Americans, Israelis, and Arabs to encourage continued regional progress.”

The investigation began in 2018 following concerns with Hunter Biden’s financial and business activities in foreign countries while his father was vice president to Barack Obama. Investigators examined whether Hunter Biden and some of his associates violated money laundering, tax, and foreign lobbying laws and firearm and other regulations.

Testimonies came from lobbyists connected to Hunter Biden, his business partners, and others who have observed his financial engagements. Those discussions have involved investigators from the FBI, IRS Criminal Investigation Agency, and Justice Department headquarters.

Investigations initially focused on tax issues and financial activities in China. They also examined Hunter Biden’s role on the board of the Ukrainian energy company Burisma.

Hunter Biden told associates he paid outstanding tax bills and public records reveal more than $450,000 in state liens were lifted in 2020, indicating those liabilities were likely paid off.

However those payments haven’t resolved his ongoing legal issues.

Hunter Biden has denied wrongdoing in his business activities in a statement issued by his father’s presidential transition office: “I take this matter very seriously but I am confident that a professional and objective review of these matters will demonstrate that I handled my affairs legally and appropriately, including with the benefit of professional tax advisors.”

Hunter Biden’s involvement in Ukraine has been a recent point of contention. He served on the board of Burisma and received upwards of $50,000 a month from 2014 to 2019. During the first two years of his time on the board, his father was serving as US vice president and the overlap raised concerns about a conflict of interest among Obama administration officials.

Furthering suspicions, Vice President Joe Biden was engaged in anti-corruption work in Ukraine. His work led to the firing of the country’s top prosecutor, Viktor Shokin, who faced criticism for blocking corruption investigations.

From 2013 to 2016, Hunter Biden held a board seat at the Chinese private equity firm B.H.R. Partners, first as an unpaid member and later owning a 10% equity stake in the Fund.

Collected documents and analysis have raised questions about national security, business ethics, and potential legal exposure. In December 2020, Hunter Biden acknowledged in a statement that he was the subject of a federal tax investigation.

After his father left the White House in 2017, Hunter Biden partnered with Chinese billionaire Ye Jianming on a natural gas project in Louisiana. The deal later collapsed after Chinese authorities detained Ye on corruption charges.

Hunter Biden has since resigned from the boards of both B.H.R. Partners and Burisma Holdings.