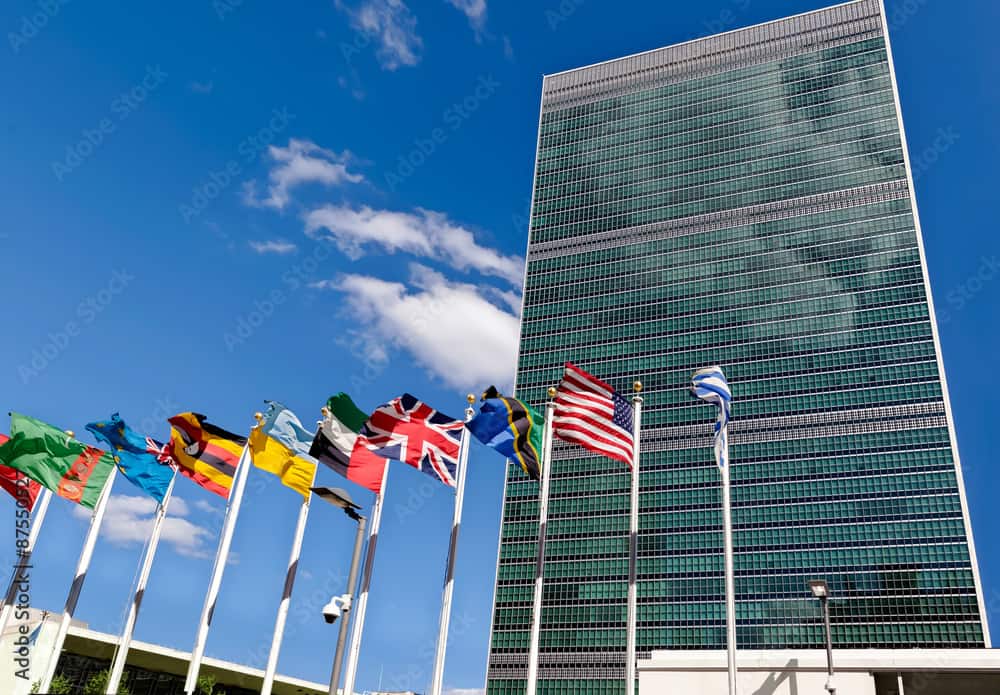 On Tuesday, September 20, 2022, world leaders gathered to launch the 77th session of the United Nations General Assembly in New York City. The week’s session will be the first meeting held in-person since the start of the Covid-19 pandemic.

The General Assembly (GA) is an integral space for the international community. According to the United Nations, the GA is the “chief deliberative, policymaking and representative organ of the United Nations.” The GA gives a platform to world leaders to publicly discuss critical issues, such as security threats and climate-related matters.

On January 10, 1946, 51 UN members states convened at Westminister Central Hall in the United Kingdom for what would mark the first GA assembly. The purpose of the meeting was to establish a postwar organization that would ensure the maintenance of peace and security following the turmoil of World War II. Seventy-six years later, the GA now comprises of 193 states members and serves as one of the most important annual meetings for the United Nations and global powers.

On Wednesday, President Joe Biden condemned Russian President Vladimir Putin in his speech to the General Assembly, calling the invasion of Ukraine a “violation of the global order.”

“This war is about extinguishing Ukraine’s right to exist as a state, plain and simple,” he told the General Assembly. “If nations can pursue their imperial ambitions without consequences, then we put at risk everything this very institution stands for — everything.”

Hours before President Biden spoke, Putin addressed his escalating war efforts in a 20-minute speech. He made threats of continued violence and use of “all the means at our disposal” if Putin found Russia’s territorial integrity to be jeopardized.

Putin’s language during his speech has raised numerous concerns. Russia is a member of the United Nations Security Council, giving it the right to veto any proposal not aligned with Moscow’s policies, including condemnation of the invasion of Ukraine. However, permanent members have absolute veto powers, and having Russia on board threatens chances of cooperative diplomacy amongst Council members.

President Biden echoed similar qualms about Russia’s Security Council membership and Moscow’s repeated violations of the UN Charter. “Members of the UN Security Council, including the United States, should consistently uphold and defend the UN charter and refrain from using the veto, except in rare, extraordinary situations to ensure the council remains credible and effective,” Biden said.

Biden also expressed U.S. support for reforming the Council’s permanent and non-permanent representatives, such as adding Germany, Japan, and India as permanent members. While expanding the Security Council members allows for a greater diversity of voices and representation, the focus of possible reforms needs to be measures that prevent the absolute power of permanent members.

Lastly, President Biden addressed global food insecurity caused in part due to the pandemic and Russia’s invasion of Ukraine, pledging an additional $2.9 billion in U.S. assistance through USAID. According to the official White House fact sheet, the $2.9 billion investment is intended to amp up food supply amid global inflation, the Ukrainian invasion, and other critical supply chain issues.

The new investment is part of the Biden Administration’s plan to end hunger in the US by 2030, which is one of the US’ commitments as a signee of the UN’s Sustainable Development Goals (SDG).

UN director at the International Crisis Group, Richard Gowan, told VOA, “The U.S. and its allies will be trying to convince non-Western countries that while there is a very strong focus on Russia’s war on Ukraine, the West also cares about the global food crisis and [it] becoming [a] global recession, and what that will do to the developing world.”

Russia’s invasion of Ukraine has severely disrupted already fragile supply chains following the start of the pandemic. As a result, exports of food and fertilizer from the region have become limited, skyrocketing already inflated grain and other food prices, leaving hundreds of millions at risk of malnutrition and starvation.

Recently published UN data shows that the world is no longer on track to meet the UN goal of net-zero hungry by 2030.