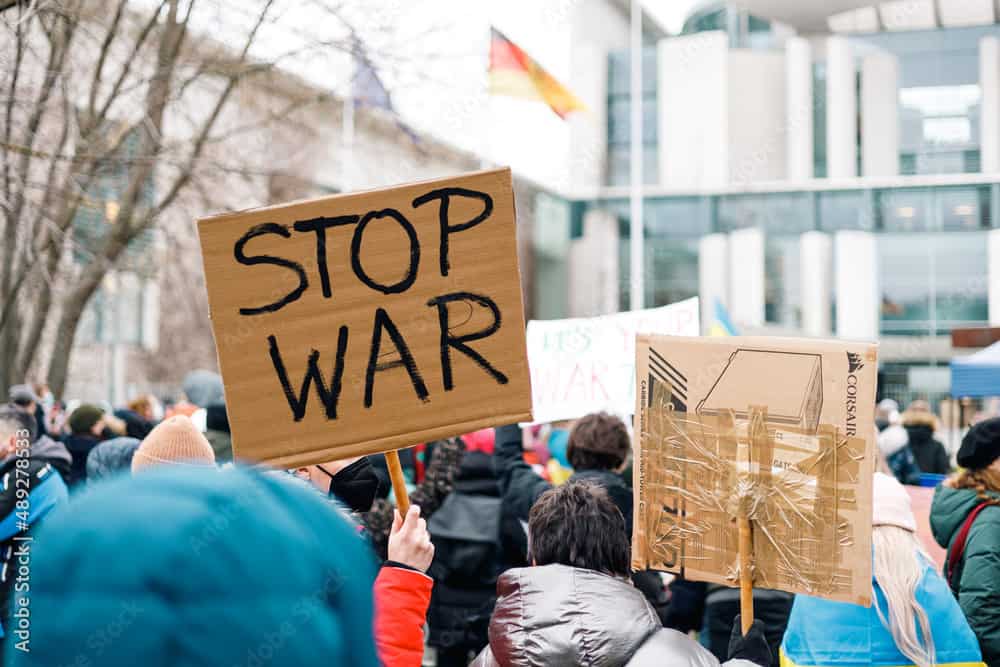 2022 has been a year like no other. The past twelve months brought good news with the easing of the COVID-19 pandemic in many countries, however, 2022 also brought bad news as well with economic, environmental, and geopolitical turmoil defining the year. Below are the top stories of 2022 and the stories to look out for in 2023.

One of the year’s biggest news stories is Russia’s invasion of Ukraine early in the year. The invasion has resulted in tens of thousands of deaths on both sides and has caused Europe’s largest refugee crisis since World War II. Russia recognized the Donetsk People’s Republic and the Luhansk People’s Republic as part of their country and attempted military force to take the cities.

Russia’s invasion of Ukraine has displaced 8 million Ukrainians, while Russia experienced its greatest emigration since the 1917 October Revolution. As of August 2022, 40 countries around the world have provided humanitarian and military aid to Ukraine, totaling over $80 billion in support.

This year saw the overturning of abortion rights in the U.S. with the conservative majority Supreme Court officially reversing Roe v. Wade, declaring that the constitutional right to abortion, upheld for nearly a half-century, no longer exists.

The decision rolled back abortion rights half a century in nearly half of the states immediately, with abortion now not available in large swaths of the country.

Democrats do better in the midterms than expected

The US Senate and US House of Representatives were up for grabs with the midterm elections held in 2022. Historically, midterm elections are when the President’s opposing party regains control of either or both chambers of Congress. Democrats, who had full control of the chambers, were expecting to lose by a significant margin.

Surprisingly, however, Republicans won control of the House with only a four-seat majority and Democrats held the Senate.

Between the Russian invasion of Ukraine and economies still recovering from COVID-19, the world saw record inflation and high gas prices this year. Food costs have also soared. The Federal Reserve in the United States raised interest rates multiple times throughout 2022 with fear of a recession on the horizon in 2023.

Trump announced that he is running for president again, just a week after Republicans underperformed in the midterm elections.

The former president is currently under several investigations, including potentially removing classified documents from the White House.

Queen Elizabeth II died at Balmoral Castle in Scotland in September and was succeeded by her eldest son, King Charles III. She died at 96 years of age after 70 years on the throne, making her the world’s second longest-ever reigning monarch.

The Republic of Iran saw the most significant challenge to their rule since they came into power in 1979. Protests broke out all over Iran and the world after “morality police” in Tehran arrested Mahsa Amini, a 22-year-old Kurdish-Iranian woman visiting Iran’s capital city for failing to cover her hair properly. She died in police custody leading to government attempts to quell the protests with force. By December, Iranian security forces had killed as many as 450 protestors on the streets.

Morocco’s run in the World Cup

Morocco’s run in the 2022 Qatar FIFA World Cup caused scenes around the world as the Arab or African country reached the semifinals in the World Cup after victories against Belgium, Spain, and Portugal.

No African or Arab country has reached this milestone in the World Cup.

This year again saw many more mass shootings. 10 Black people were killed in a supermarket shooting in Buffalo, N.Y., and 21 were killed, including 19 children, in a school shooting in Uvalde, Texas days apart.

The incidents led to modest gun reforms signed into law. It was the most significant gun legislation signed in decades.

Donald Trump’s campaign has already launched as the focus shifts to the 2024 presidential elections. Questions remain on who will run for the Republican primary and whether President Joe Biden decides to run for re-election.

The year likely will start off with high drama as Republicans will pick the next Speaker of the House with Kevin McCarthy trying to secure the votes he needs to be elected. Republicans plan to launch a wave of investigations of Biden’s administration and are in talks to launch a counter-investigation of the January 6th Committee.

Elon Musk took over Twitter in 2022 and immediately laid off a large percentage of the company. In December, he suspended a series of journalists and then polled himself out of his CEO job. The future of Twitter is still in play.

It remains to be seen how the Russia-Ukraine conflict will play out in 2023. Ukrainian top officials are preparing for another round of heavy offense from Russia. With reports of a possible escalation, all eyes will remain on what will happen next.