Democrats Take the Senate, Extremists Attempt to Take the Capitol 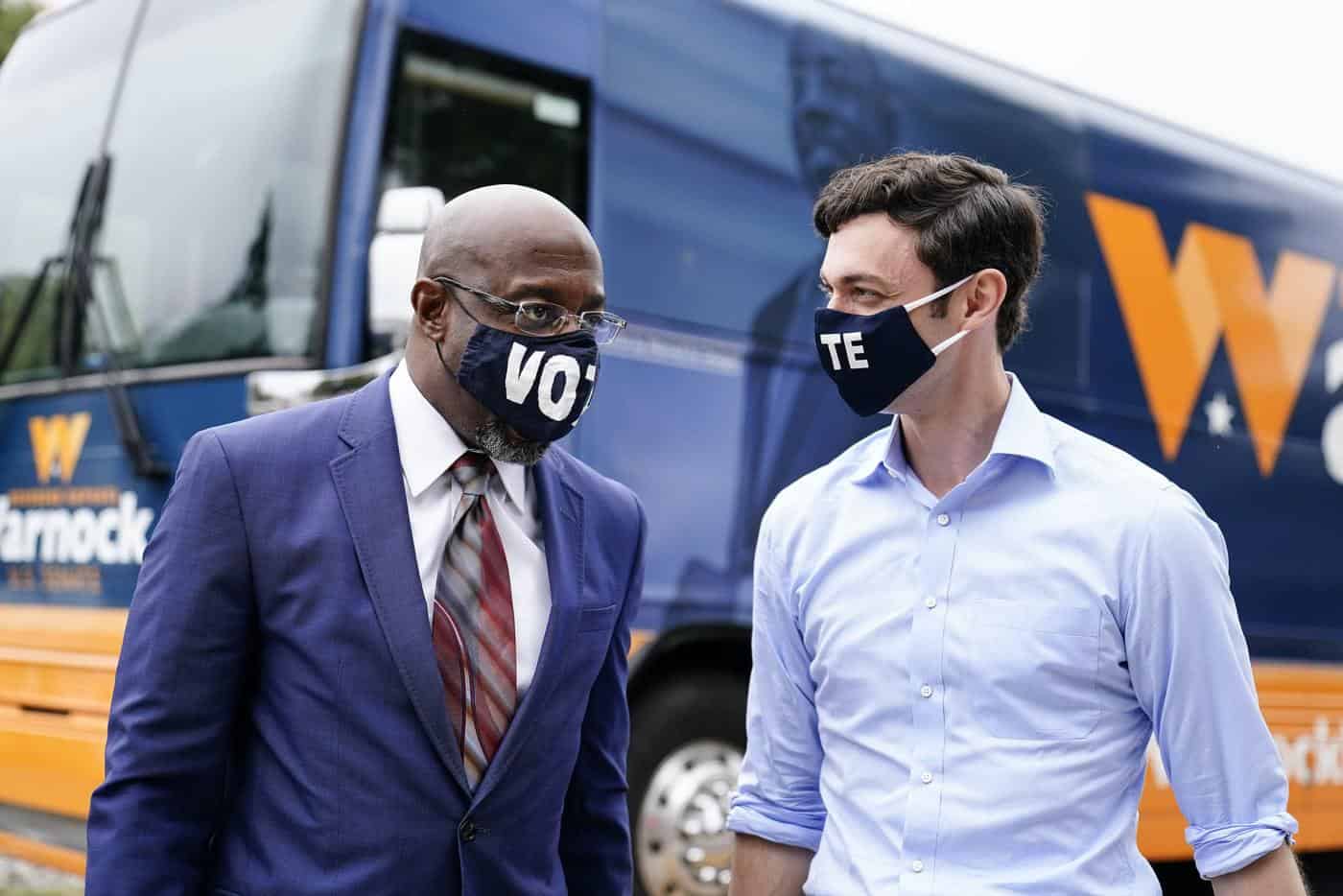 Democrats have achieved control of the Senate with two wins in the Georgia runoff elections.

Once sworn in, Reverend Warnock will become Georgia’s first Black senator and only the second Black senator to be elected from a former Confederate state.

These results effectively split the Senate between the two parties but give Democrats a slight advantage. Once Joe Biden is inaugurated, Kamala Harris will hold a tie-breaking vote as vice president.

This is the first time since 2011 that Democrats will have control of Congress and the White House.

The news was followed by an uproar from supporters of President Trump in Washington, D.C. The Georgia state Capitol was also evacuated due to a gathering militia.

Pro-Trump Supporters Clash with Police at the Capitol Building

Armed extremists mobbed the US Capitol building today. They climbed walls and smashed windows in order to get inside where Congress was meeting to count Electoral College votes.

This was arguably the most brazen attempt yet to stop the confirmation of Joe Biden’s victory.

Earlier, Trump spoke to a crowd of supporters at the “Save America” rally. He doubled down on claims that the election was stolen and encouraged attendees to go surround the building where the vote was taking place.

The president told the rally that he would be “disappointed” if Vice President Mike Pence did not “do the right thing” by rejecting some of the votes. Pence does not have the power to approve or reject Electoral College votes.

Trump lawyer Rudy Giuliani also spoke at the rally. He claimed the election was “stolen in seven states” and called for “trial by combat.”

Protesters were soon storming the capitol for Trump. Pence, who was there to preside over the counting, reportedly demanded they leave.

Trump tweeted loving support for his protesting fanatics and said he understood they were “hurting”, but told them to go home. His Twitter account was then locked, as was his Facebook.

One woman was shot and killed in the chaos as the Capitol building was forced into lockdown. D.C. police reportedly found an explosive but later announced that the area was secure.

Mayor Muriel Bowser issued a citywide curfew for 6 p.m. Tear gas was deployed but many noted that police were not near as brutal as they had been with peaceful Black Lives Matter protesters.

The Senate reconvened to continue Biden’s confirmation. Pence called it a “dark day in the history of the United States Capitol” before suggesting, “Let’s get back to work.”

Unlike Trump’s many unfounded claims of election fraud committed by Democrats, evidence of attempts at election manipulation are obvious in Trump’s actions.

Over the weekend, bombshell audio of a call between President Trump and Georgia Secretary of State Brad Raffensperger was published by the Washington Post.

During the call which reportedly took place on Saturday, Trump suggested that Raffensperger should claim votes had been “recalculated” to find Trump had won the state in November’s election.

Raffensperger defended the accuracy of the results on the call with Trump. “We don’t agree that you have won,” he told the protesting president. “We believe that we do have an accurate election.”

Trump pushed back and said the official results were “not even close.” So far, the president and his legal team have failed to provide any substantial evidence that those claims are true.

CNN reported that the White House had attempted to call Raffensperger’s office 18 times between November and the time of the call on Saturday. Their sources claimed that Trump personally pushed his staff to make the phone call happen.

He said it was the first he had spoken with Trump about the election personally.