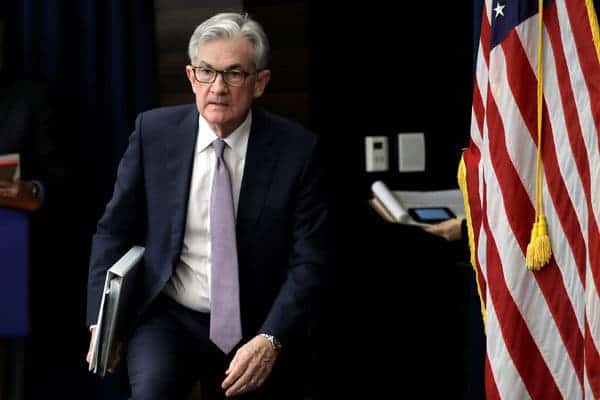 Over the past several months, the U.S. Federal Reserve has taken a historic step: purchasing corporate bonds. The move, announced in March to coincide with Congress’ passage of the Coronavirus Aid, Relief, and Economic Security (CARES) Act, is meant to address the economic downturn brought on by COVID-19.

The Federal Reserve’s action is unprecedented; it has never purchased non-government bonds before, even during the Great Recession. What does this mean for the U.S. economy at this time, and what are lawmakers saying about this move?

Bonds are a corporation’s way of borrowing money to fund projects or expansions. In a nutshell, a company enters the market and issues bonds for investors to buy. The bonds are paid back over time, with interest.

Corporate debt was ballooning before the pandemic, but the downturn initially dissuaded investors from buying bonds before the Fed made its announcement in March. The market immediately picked up steam then, although the Fed waited a few months to begin making purchases.

The Fed’s current plan is to act as a “lender of last resort” for struggling companies, proposing to infuse up to $750 billion into the bond market if needed. To do this, it established two new entities to carry out debt purchases. The Primary Market Corporate Credit Facility (PMCCF) is set to buy up to $500 billion in the “primary market,” where new bonds are issued. So far, the Fed has not announced purchases made by the PMCCF.

Meanwhile, the Secondary Market Corporate Credit Facility (SMCCF) can currently buy as much as $250 billion of debt already issued or the “secondary market.” At this time, the SMCCF has purchased at least $12 billion in corporate debt.

In late June, the Fed released a list of almost 800 companies from which it plans to purchase bonds. The list includes several companies that otherwise haven’t faced trouble thanks to the economic downturn, namely Apple. As some have pointed out, other prominent companies include Toyota and Daimler Financial, which owns Mercedes-Benz. Both are not based in the U.S.

Here are some of the largest amounts of debt held by the Fed through July, sorted by company:

Keep in mind, these companies have much more corporate debt than what the Fed has purchased. For instance, AT&T had $158 billion in corporate debt at the end of the fiscal year 2019.

CRITICISMS OF THE FED’S PURCHASES

There is a lack of consensus on whether or not the Fed’s trek into uncharted waters is worth the risk. Is the currently meager purchases of debt—from some companies that might not even need it, no less—worth the precedent that the Fed has set for the future?

Financial experts have been largely skeptical of the debt purchases’ impact. The Cato Institute, an opponent to big government and interventions in the market, made the case that this will only hurt the Fed’s legitimacy in the future. It will also add another layer of bureaucracy to an already complicated entity, Cato’s James Dorn wrote in July.

Meanwhile, the Center for American Progress, a left-leaning think tank, posited last month that the Fed’s maneuvering into the secondary market, along with its Main Street Lending Program, has propped up fossil fuel and oil companies.

The companies’ stocks were already in decline before the economic downturn. By “throwing good money after bad money,” as the Center argued, this unrightfully saved unprofitable companies in an industry that has taken a heavy toll on the environment.

Lawmakers in Congress from both sides of the aisle have also voiced criticism of the Fed. Senator Pat Toomey (R-Pa.) suggested the Fed’s move hinders investors’ ability to determine the worth of corporate bonds and was largely unnecessary, to begin with.

Democrats have been more outspoken on this issue. In a larger critique of the Fed’s actions since March, representatives Rashida Tlaib (D-Mi.), Pramila Jayapal (D-Wa.), Mark Pocan (D-Wi.) and others authored a letter that the Fed is giving preferential treatment of corporate debt over state and local government debt. (Federal aid to these governments is a sticking point in ongoing negotiations for the next economic stimulus package.)

Other Democratic members of Congress have used a different tack. Senators Elizabeth Warren (D-Ma.) and several members of the House have taken a different tack, focusing instead on oversight and worker protections. Warren and representatives Peter DeFazio (D-Or.) and Lloyd Doggett (D-Tx.) released a statement on behalf of over 80 members of Congress calling on more restrictions of the Fed’s lending to corporations.
Despite these criticisms, the Federal Reserve approved an extension of the corporate bond purchasing programs through December.