Israel on Course for New Elections After Coalition Talks Crumble 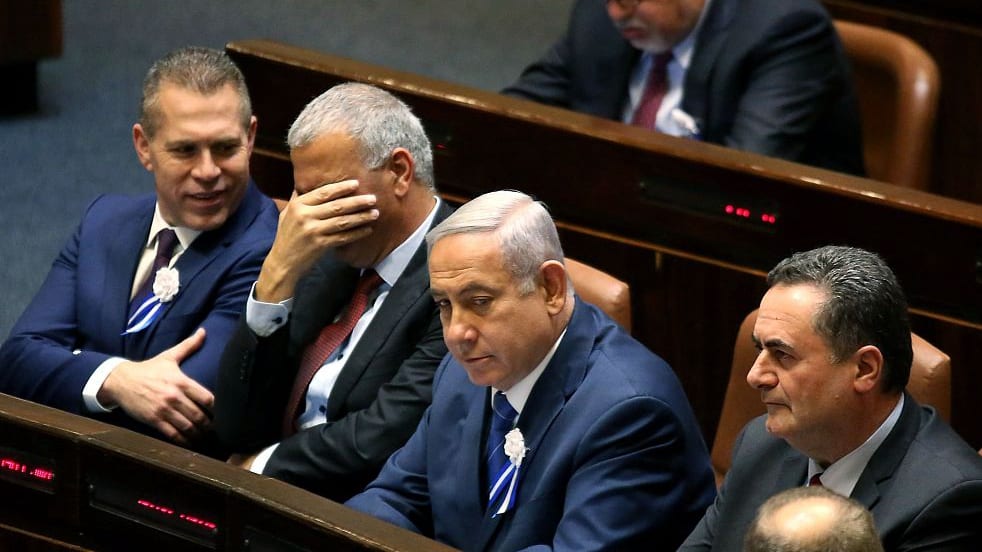 Israeli Government In Paralyses As New Elections Set for Sept 17

Israeli Prime Minister Benjamin Netanyahu’s Lukid party tied with the opposition Blue and White party during April elections and were expected to be able to form a coalition government. However, Israeli lawmakers voted to dissolve parliament late last week after Netanyahu failed to do so. This is the first time in the history of Israel a Prime Minister designate has failed to form government.

“At the heart of the impasse was a military conscription bill governing exemptions for ultra-Orthodox Jewish seminary students,” BBC reported shortly after the news broke. Parliament would go on to vote 74-45 in favor of dissolving after Netanyahu missed a midnight deadline this past Wednesday, in order to prevent Blue and White party leader Benny Gantz from being appointed Prime Minister.

According to reports, Netanyahu offered minister positions to the Israeli left after negotiations between religious and secular wings of the right broke down; his offer was declined. Now elections are scheduled to take place on September 17th.

In the history of the Knesset, no party has ever won a majority in Israel’s 120-seat parliament. Meaning the historic dissolution makes it the first time any party has failed to bring together at least 61 seats.

This comes at a time when Netanyahu is facing probable bribery and fraud charges. “Netanyahu is suspected of wrongfully accepting $264,000 worth of gifts, which prosecutors said included cigars and champagne, from tycoons, and dispensing favors in alleged bids for improved coverage by an Israeli newspaper and a website,” Reuters reported in March.

“The document that Avichai Mandelblit [Attorney General] sent to Netanyahu’s lawyers said in part that the prime minister should be charged with fraud and breach of trust in connection with Case 1000, which centers on allegations that Netanyahu and his wife, Sara, received gifts of cigars and jewelry worth around $280,000 in exchange for ­political favors,” read a Washington Post report from February outlining the charges facing Netanyahu, who is likely to be formally charged prior to the elections in September. Initially, he was expected to be indicted prior to the April elections, but the act was postponed.

Netanyahu was defiant after the deadline passed, saying that a “sharp, clear election campaign… will bring us victory.” He blamed Lieberman for the failure to form a government. “Avigdor Lieberman is now part of the left. He brings down right-wing governments,” Netanyahu said.
Lieberman, a secular right-wing politician, accused Likud of having surrendered to the ultra-Orthodox, “fully” bearing responsibility for the snap elections.

We don’t know the real reason for Lieberman’s stance,” said Israeli journalist Peggy Cidor to The Arab Weekly, adding that everyone was surprised by “how adamant he was on this issue.” Cigor would go on to say that while the situation was dynamic she did not expect drastic electoral changes in September.

However, the previously mentioned looming indictment against Netanyahu could tilt the balance of power enough to give the centrist Blue and White party enough support to form their own government in September. United States President Donald Trump weighed in prior to the April election stating Israel was the rightful owner of Golem Heights; which gained Netanyahu domestic favor among hardliners on the right-wing. President Trump may weigh in again before September to boost Netanyahu’s electoral chances.

The Arab Weekly details the changing party landscape currently being discussed within Israel.

The Arab-majority parties are in talks to run on a joint ticket after splitting before the April elections.

There is also talk within the Blue and White party, Cidor said, of Gantz ending the alliance with Yair Lapid and trying to reach an agreement with the Israeli Labour Party. Lapid is anathema to the ultra-Orthodox parties, which are likely to be part of any future governing coalition. Cidor said there was no confirmation for such a move by Gantz.