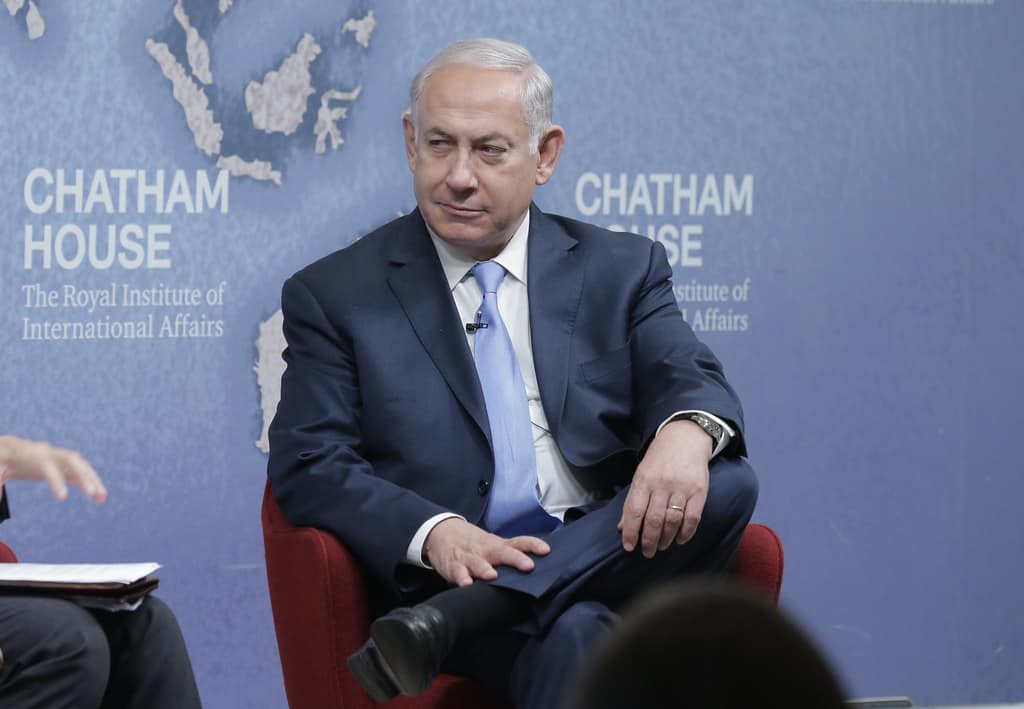 Netanyahu, who is going through an ongoing political battle as his Lukid party and the Blue and White coalition have failed to form a government and to win the necessary 61 seats to form a majority government in the Knesset. Netanyahu was banking on a victory so he could pass legislation granting him immunity from the corruption charges. With the ongoing political situation, Netanyahu doesn’t have any political protection from Mandelblit’s investigation.

Numerous scholars speaking publicly about the issue feel it’s almost certain Netanyahu will face the court regarding the various charges. On Thursday, the Israeli Prime Minister would make comments on national television on the matter.

I give my life to this state, I fought for it, I was wounded for it. I have to say this is a very hard day. I think you need to be blind to see that something wrong is going on. This is a political coup.

It’s very disturbing what is going on here and how the police conducted this investigation, this is a contaminated process, we need to investigate the investigators, they didn’t want the truth, they were after me personally.

Under Israeli law, a Prime Minister is required to resign if, under indictment, a matter the White and Blue coalition is focusing on. Yet, Netanyahu is currently unwilling to even consider such; meaning the issue may go to the Supreme Court of Israel. The charges against Netanyahu detail multiple signs of alleged corruption and shady political behavior.

Case 1000 alleges Netanyahu received champagne, cigars, and jewelry for his wife Sara worth hundreds of thousands of shekels from billionaire Arnon Milchan, James Packer, and multiple others.

Case 4000 alleges Netanyahu and members of his staff held conversations with communication corporation Bezeq regarding favorable regulatory deals favoring the company, in exchange for favorable coverage on the Walla news site.

Netanyahu and his allies began their defense by claiming the charges were unfair and that numerous details were leaked to the media. The current Prime Minister also feels there is a ‘double standard’ against him. Attempts to discredit investigations are commonly seen when political figures face legal hurdles as it plays well to partisan supporters.

However, the Blue and White coalition continues to keep the pressure on Netanyahu’s bloc. “A Prime Minister up to his neck in corruption allegations has no public or moral mandate to make fateful decisions for the State of Israel,” the party said in a statement on Thursday.

The political gridlock in Israel further complicates the situation as the country is in a twenty-one day period where any member of the Knesset is eligible to become Prime Minister if they can garner majority support within the 120 person legislative body. It’s unlikely anyone will be able to gather enough signatures during the three weeks.

Without a government in place, the investigation also stagnates due to the Knesset House Committee not being in session. The current situation is something that hasn’t been seen in Israeli politics, leaving Netanyahu in danger of losing his grip on power.

If the right-wing of Israel loses control of the Knesset noticeable changes could occur with how the country treats minorities, Palestine, and their image on the international stage. While the situation is unlikely to resolve shortly, the situation could create political clarity. The longer charges cloud Netanyahu and the Lukid party the less likely the right-wing bloc will be able to retain control over the Knesset with Netanyahu as its leader.