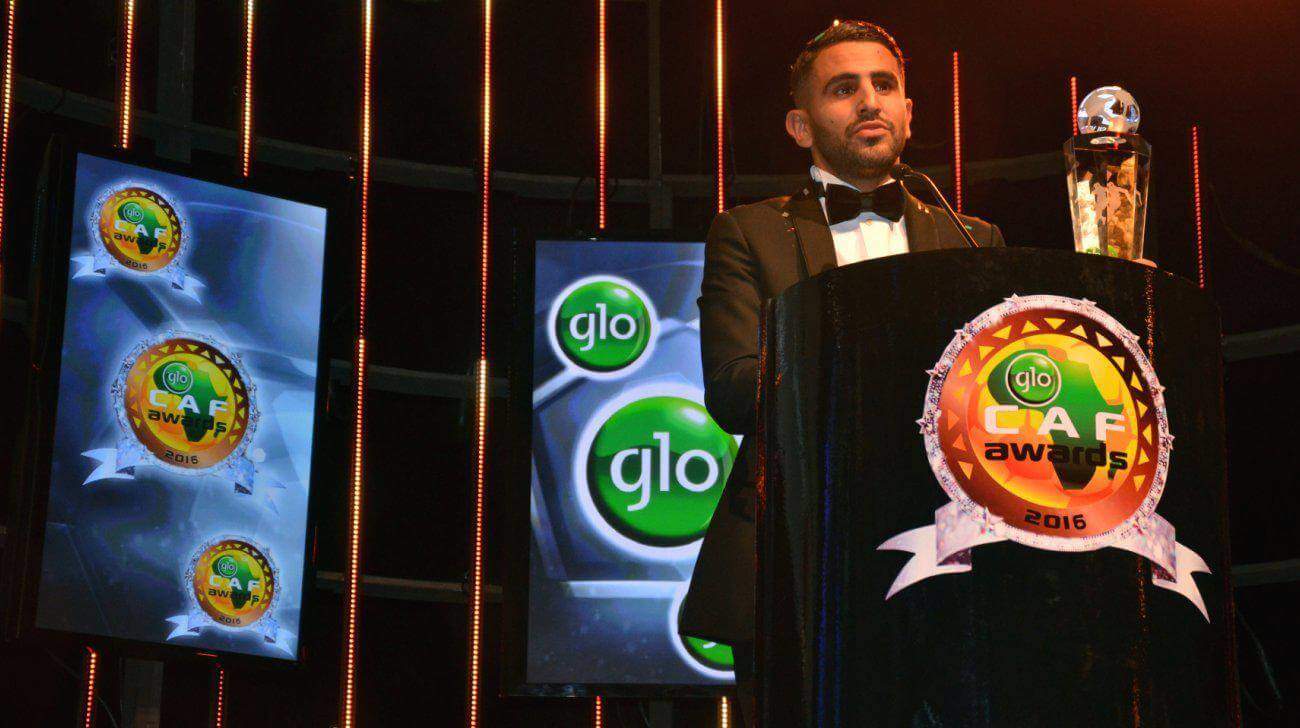 Algeria and Leicester City winger, Riyad Mahrez has been voted the African Footballer of the Year at the 2016 Glo-CAF awards held on Thursday night at the International Conference Centre, Abuja.

Of 27 appearances for Algeria, Mahrez has scored six goals since his debut on October 15, 2014 till date. He also helped Leicester City to a shock English Premier League title in the 2015/16 seasons, consequently emerging the PFA Players’ Player of the Year.

Despite missing out on major categories where it managed to get nominations, there was still something to cheer for Nigeria as Super Eagles forward Kelechi Iheanacho was voted Most Promising Player of the Year.

Alex Iwobi was also voted the Youth Player of the Year. He becomes the third Nigerian to win, behind Kelechi Iheanacho and Oghenekaro Etebo, who won it in 2014 and 2015 respectively.

Uganda won the National Team of the Year award ahead of DR Congo and Senegal.

Nigeria, the eight-time African champions, edged out Cameroon and South Africa to win the Women’s National Team of the Year award.

South African side, Mamelodi Sundowns, won the Club of the Year award.

Coach Florence Omagbemi was also beaten to the Coach of the Year by South Africa? Pitso Mosimane of Mamelodi Sundowns.

Winners in other categories are:

Referee of the Year

African Player of the Year – Based in Africa

Football Leader of the Year