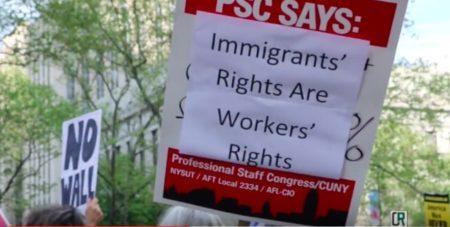 Amanda Ortiz and Nadia Oulahna provide coverage of the May 1st “May Day Rise Up” event at Foley Square in New York. At the rally, New Yorkers from all over came together to resist the Trump Administration’s bigoted and anti-worker policies.

“May Day” began in Chicago in 1886 as part of the labor movement’s fight for an eight-hour work day. Since then, the day has become an international workers’ holiday.