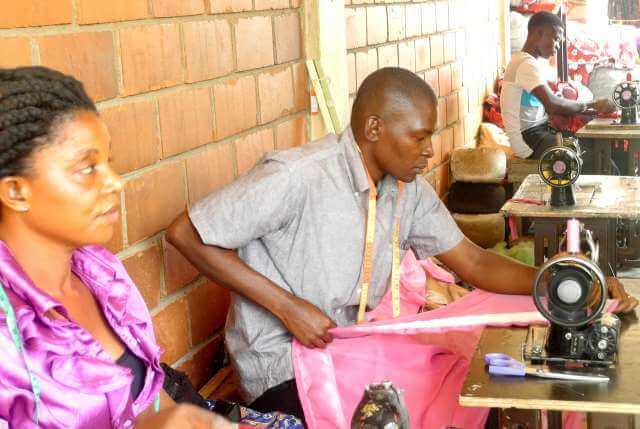 Business activities are falling apart for traders in Kuje town, head­quarters of Kuje Council in Abu­ja South zone. The quest by revenue department of the council under the directives of the chairman, Abdullahi Galadima to generate resources is bring­ing a burden that they (traders) said is unbearable and would force them to close shops if not urgently addressed.

They said trading activities have nose­dived for various reasons ranging from cash strapped economy, foreign ex­change problem, inflation among oth­ers, which is the same situation with them at the market.

Although, the issue could be traced back to the immediate outgone coun­cil chairman, Tete Ishaku Shaban, who in March 2015, involved private par­ticipation in reconstructing the mar­ket by building lock up shops for the traders. Incidentally, many of them lost their shops to demolition and since then, they have been grumbling over the turn of activities at the market.

The traders were of the view that more sensitization was needed, which could give them an insight into the council’s plans as well as pro­vide an opportunity for each trader at the market to bare their minds on areas that would bring about more understand­ing between traders and council than impos­ing taxes that can’t be afforded by the traders.

During that arrangement, it was con­tracted by the council to one Green House Investment Limited to manage, which at the inception they were asked to contribute part of what each shop would cost.

In an interaction with some of the traders by Caracal Reports at the mar­ket, they called for a review of the reve­nue policies introduced by the council, which they said is adding to their exist­ing pains unleashed by the last admin­istration and ignited by the present one led by Hon. Abdullahi Galadima.

According to them, a shop was go­ing for N3 million and N2.5 million which they said reasonable number of the traders were forced out of business, even those who manage to stay didn’t find it easy because of low patronage from their customers.

Since then, the traders said steps taken by the council so far to allegedly boost revenue generation was not going down well with them as it was causing more harm than good in all spheres.

A trader at the market, who is a tailor and specializ­es in children items, Agu Adolphus said the approach adopted by the council of­ficials in collecting the revenue, is forc­ing them to pay revenue two times in a year which is a worrisome issue.

“We paid revenue from the begin­ning of last year under the former chair­man, between N2, 000 and N2, 500 but suddenly the new council administra­tion is insisting that traders should pay N39, 000 as revenue in the same year”, he said.

With the huge amount being paid, the traders said they have no place for con­venience (toilet system), the only one the management claimed to be in the mar­ket is even unfit for rats in the bush, as they said flies, maggot among others took it over.

He observed that the situation short-changed the traders, considering the amount they paid in the name of reve­nue. He also said it could cause disease outbreak at the market.

“Paying this amount is of no help for us traders at the market because the amount is too high and even the initial arrangement of providing facilities at the market has not yielded any result.

“As a trader in this market, I have to pay N40, 000 before using the toilet, again the situation of the toilet is really terri­ble. Personally, I don’t use it because of the bad state”.

He decried the situation where trad­ers are being used to generate revenue by the council administration without taking into cognizance its im­plications, especially operating without modern facilities at the market.

According to him, during rainy season the major streets overflow with refuse be­cause of the poor drainage system, but the managers told them from the scratch that de­molishing the market was going to be of tremendous benefit as modern facilities would be pro­vided for them. But he regret­ted that nothing has been done rather than imposing heavy rev­enue.

He further disclosed that the market management under the directives of the council also failed to ensure that all traders must stay inside the market; some block major entrances and display their goods, which he said make their customers stop entering inside.

“The revenue officials still collect revenue from them eve­ry day, each illegal trader at the entrance pay N50.00 to them which is not good, they should be relocated, please”.

He suggested that there should be sanity in order for all the traders to comply than collecting unjustifiable monies from them by the council au­thorities.

“With all these heavy reve­nues no good sales because the system is not structured in the interest of all but to frustrate some of us, now how can we justify the money we have paid and another one that they are forcing us to pay”, he queried.

Supporting the view of Agu, a boutique owner Mr. Patrick Igattah, who said he relocat­ed to Kuje town from Karu vil­lage due to demolition in 2004 and started his business, ex­pressed regret that in 2012 an­other demolition started in Kuje Market without due process.

He said they were given no­tice between two and three days, which they embark on demoli­tion in corner shops that it was under high tension without compensation or relocation, which according to him oth­ers are still trading under the high tension without the lock-up shops.

“We were paying for shop N36, 000 there then but com­ing to this place now we are pay­ing N250, 000 for a year and the business is not moving. Despite the heavy amount, other people take over the frontage without my knowledge and all attempts to let environmental and Kuje Council administration to re­move them were stalled by the influence of the owner”

He decried the activities go­ing on in the market even alleg­edly linked it to tribal and re­ligion sentiment which needed to be resolve by the council for the interest of all the traders at the market.

However, a demand notice from the Council to traders seen by Caracal Report at the market showed the break­down as follows: sanitation, out­door advertisement, Operation­al permits, corporate parking and Radio/Television license.

Others are liquor license, pest control fees and handling feels, amounting to N39, 0000 against the previous one which was be­tween N2, 000 and N2, 500. But what the traders are yet to con­tend with, is how such levies are being imposed on them with­out them without adequate in­formation as well as not bene­fiting from even what they have been paying.

When the situation be­came tense for the traders, they planned a peaceful protest to press home their demands but the DPO in-charge of the area calmed them down.

The Chairman Kuje Area Council, Abdullahi Galadima through his Adviser on me­dia and publicity, Haruna Us­man while answering questions on the development said the Council has constituted a com­mittee to resolve the impasse.