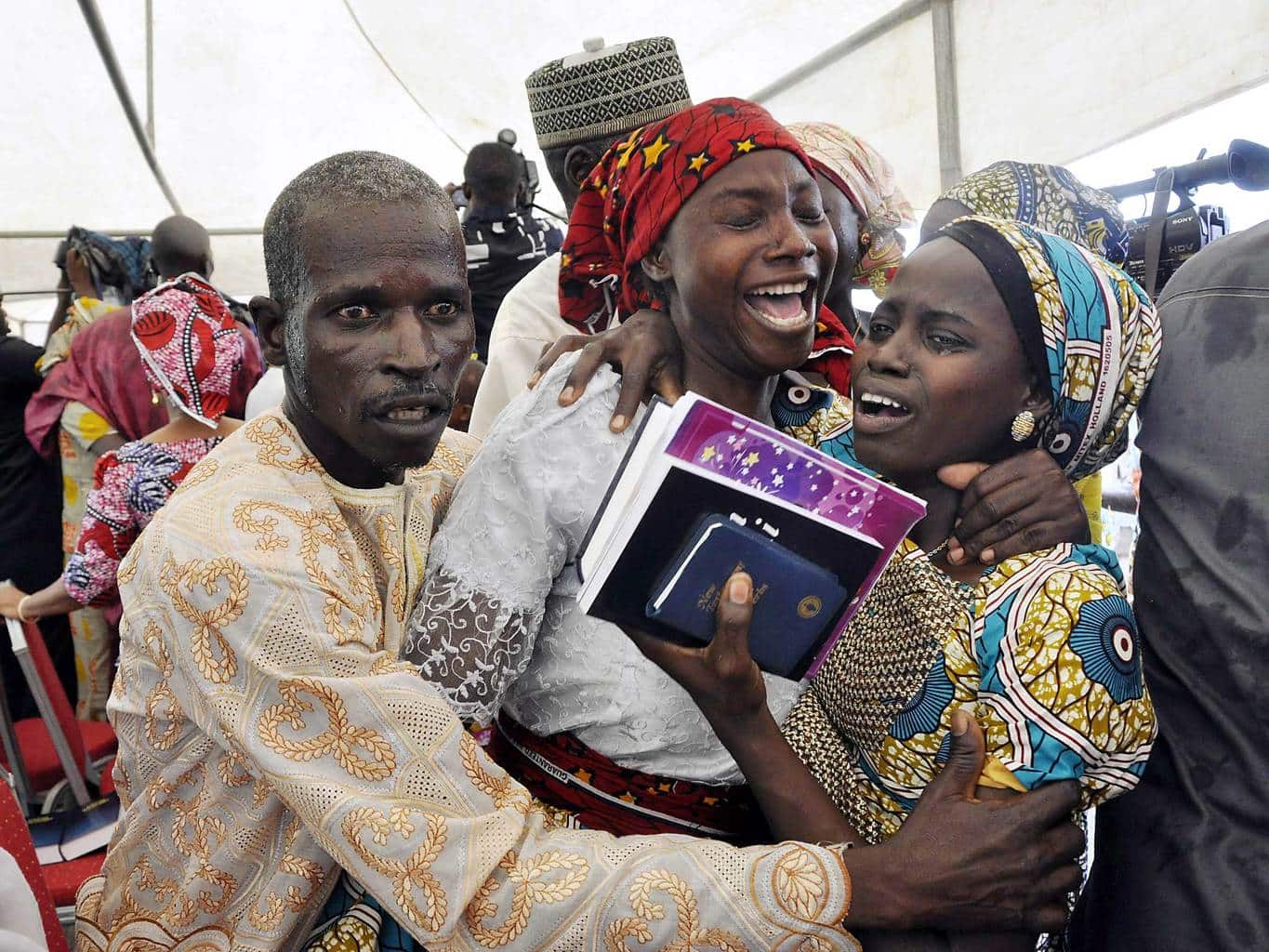 The price paid by the Nigerian government to secure the release of 82 more of the kidnapped Chibok school girls has been described as ‘worrisome and of great concern’ by main Nigerian opposition the Peoples Democratic Party (PDP).

Although the party hailed the release of the girls, which according to it brought extreme pain and suffering to their families, the country and people of goodwill across the world, it nevertheless expressed concern over the “price” reportedly paid for their freedom.

“According to reports, the 82 girls were released in exchange for the release of suspected Boko Haram terrorists being held by the government.”

“If that is the Case, we say it’s a heavy price to pay and an unusual one at that,” the party stated.

“By releasing the arrested terrorists, all the efforts made by security agencies to bring them to book have come to nothing and a setback for the war on the insurgency.”

“Their release is tantamount to releasing terrorists to resume their war against society.”

“Many of them can find their ways back to the terrorists’ camps from where they can unleash terror against the country.”

“Others who are allowed to roam freely in society can become veritable recruiting agents and purveyors of suicide bombing and urban terrorism.”

“The release of the girls will increase the agony and high expectancy of the remaining girls still in custody of the terrorists and their families who will be wondering why they have not been as lucky.”

“It therefore would have been better to ensure the release of all the girls at once.”

According to the party, the terrorists will continue with their tactics believing that they can always use it to blackmail the government to release their members and to extract other concessions. The Party stressed that the piece-meal release of the girls meant that the terrorists wanted to extract more concessions from the government and at the end, prolong the insurgency.

The Federal Government had on Saturday said it negotiated the release of 82 of the more than 200 schoolgirls kidnapped by Boko Haram Islamists more than three years ago, securing their freedom in a prisoner swap deal.

The presidency announced that months of talks with the jihadists had “yielded results”, just over six months after 21 of their classmates were freed with the help of international mediators.

Shehu Sani, a Nigerian senator who has been involved in previous negotiations with Boko Haram, told international media the girls were mostly “in good condition”.

The talks lasted for “almost three to four months” and had initially discussed the release of 50 girls but the number was later increased, he said.

The government would now look to securing the release of the remaining hostages, he added.