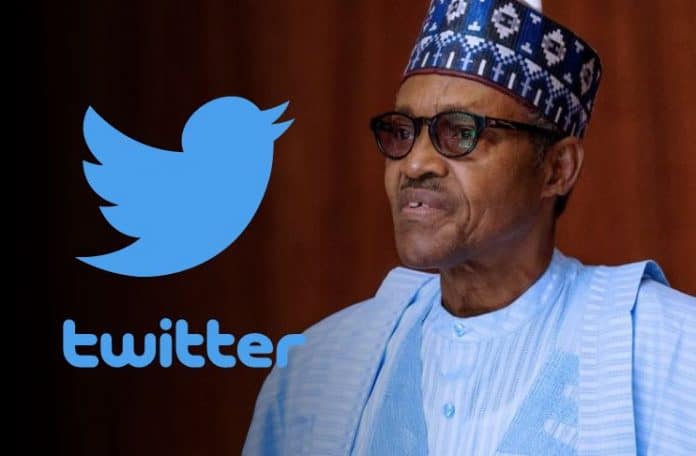 On Friday, the Nigerian government announced an indefinite suspension of Twitter over what it described as “the persistent use of the platform for activities that are capable of undermining Nigeria’s corporate existence.”

The country’s information minister, Lai Mohammed, announced the suspension in a statement shared via its Twitter page.

“The Minister said the Federal Government has also directed the National Broadcasting Commission (NBC) to immediately commence the process of licensing all OTT and social media operations in Nigeria,” the statement read.

The development comes amid a growing face-off between the country’s government and the social media giant after it deleted a tweet by President Muhammadu Buhari.

Buhari had in a series of tweets on Tuesday vowed to deal with those fuelling unrest in the country amid widespread killings and burning of several government institutions.

In one of the tweets, the president had referenced the country’s experience during its civil war — a development many considered inappropriate.

He said in the Tweet: “I receive daily security reports on the attacks, and it is very clear that those behind them want this administration to fail.

“Insecurity in Nigeria is now mentioned all over the world. All the people who want power, whoever they are, you wonder what they really want. Whoever wants the destruction of the system will soon have the shock of their lives. We’ve given them enough time.

“Those of us in the fields for 30 months, who went through the war, will treat them in the language they understand. We are going to be very hard sooner than later.”

In the wake of the outrage trailing the post, Twitter had deleted the president’s tweet on the civil war, noting that it violated its rules of engagement.

But reacting to the deletion of the president’s post, the Nigerian government accused the microblogging platform of “double standards,” adding that its mission in Nigeria is “very suspect.”

Speaking on Wednesday, the country’s information minister wondered whether Twitter had not deleted Nnamdi Kanu’s tweets, leader of the Indigenous People of Biafra (IPOB), a proscribed group.

The minister said: “Twitter may have its own rules; it’s not the universal rule. If Mr. President, anywhere in the world, feels very bad and concerned about a situation, he is free to express such views. If an organization is proscribed, it is different from any other which is not proscribed.

“Two, any organization that gives directives to its members to attack police stations, to kill policemen, to attack correctional centers, to kill warders, and you are now saying that Mr. President does not have the right to express his dismay and anger about that?

“I don’t see anywhere in the world where an organization, a person, will stay somewhere outside Nigeria and will direct its members to attack the symbols of authority, the police, the military, especially when that organization has been proscribed. You can’t justify giving orders to kill police officers or to kill anybody you disagree with by whatever name.

“The mission of Twitter in Nigeria is very, very suspect. Has Twitter deleted the violent tweets that Nnamdi Kanu has been sending? The same Twitter, during the #ENDSARS protests, was funding #ENDSARS protesters.

“It was the first to close the account of former President of US Donald Trump. And you see, when people were burning police stations and killing police officers in Nigeria during #ENDSARS, for Twitter, it was about the right to protest. But when a similar thing happened on the Capitol, it became insurrection.

“You see, we are not going to be fooled by anybody. We have a country to rule, and we will do so to the best of our ability. Twitter’s mission in Nigeria, citing those two examples, is very suspect. What is their agenda?

“How does Mr. President’s speech that anybody who is destroyed infrastructure, police offices, INEC offices should be ready for the consequences… is that inciting violence?”

What next after Twitter’s suspension?

The suspension of Twitter’s operations in Nigeria has continued to ignite global outrage.

In its reaction, Twitter said it’s “deeply concerned” about the development, adding that the company is currently investigating the matter.

“The announcement made by the Nigerian Government that they have suspended Twitter’s operations in Nigeria is deeply concerning,” Sarah Hart, Twitter’s senior policy communications manager for Europe, Middle East, and Africa, said.

“We’re investigating and will provide updates when we know more.”

In the meantime, Nigerians are reallying on Virtual Private Network (VPN) to continue their usage of the platform.

The development, analysts believe, will further worsen the country’s image before the international community regarding freedom of expression and human rights.

Justification for Jack Dorsey’s choice of Ghana as African headquarters?

Many believe the suspension of Twitter’s operations in Nigeria is yet another justification for the company not choosing the continent’s most populated nation as its African headquarters earlier.

Caracal Reports had earlier reported how Twitter snubbed Nigeria to pick Ghana as its headquarters in Africa.

In a post at the time, the company wrote: “As a champion for democracy, Ghana is a supporter of free speech, online freedom, and the Open Internet, of which Twitter is also an advocate. Furthermore, Ghana’s recent appointment to host The Secretariat of the African Continental Free Trade Area aligns with our overarching goal to establish a presence in the region that will support our efforts to improve and tailor our service across Africa.