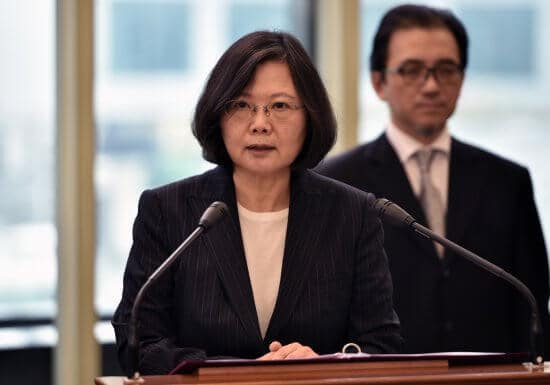 The Federal Government on Wednesday says it will no longer recognize Taiwan as a country but rather pledged support for One China.

Onyeama said Nigeria had withdrawn all diplomatic relations with Taiwan as a country, adding that Taiwanese office in Abuja would be shut down and be relocated to Lagos.

According to him, Nigeria has communicated Taiwan and they are moving to Lagos as soon as possible.

“Taiwan will stop enjoying any privileges because it is not a country that is recognized under international law and under the position we have taken internationally we recognize the people of China.

“Taiwan will not have any diplomatic representation in Nigeria and also they will be moving to Lagos to the extent that they function as a trade mission with a skeletal staff.

“Chinese Government does not oppose trading with Taiwan as such as long there is no formal contact with the Government that will suggest recognition of Taiwan as sovereign country,” he said.

According to him, China does not oppose relationship with Taiwan in the level of trade but not on government-to-government level.

The minister, however, said that Nigeria was not pressurized to take the decision, noting that the development was a bit of anomaly on the side of Nigeria

He said that Nigeria recognized the People’s Republic of China as country because Nigeria was one the leading African nations that fought for China to reclaim its seat at the UN Security Council from Taiwan.

He said the step being taken was to right the wrong that one could not specifically say how it came.

“It was not very clear how it got into Nigeria system – an arrangement for the Taiwan for a trade mission.

“And in grating the right of the trade mission it did not accurately reflect the nature of relationship between Nigeria and Taiwan,” he said.

Onyeama stated that the country took the decision to remove any iota of doubt in the mind of the Chinese people.

He said on the issue of building trust, the international community had embraced one China, China is a member of the United Nations, and we don’t want to leave any doubt on the issue.

The minister stressed that Nigeria would adhere to it completely and there is no ambiguity at all.

He said Nigeria, as a nation would do everything to realize the One China Policy as well as any effort that would promote the peace and well being of the People’s Republic of China.

According to Onyeama, China is one of the countries that have been in full support of reforms in the UN that would see Africa having two seats at the UN Security Council, as such deserved to be supported in her unification drive of One China.