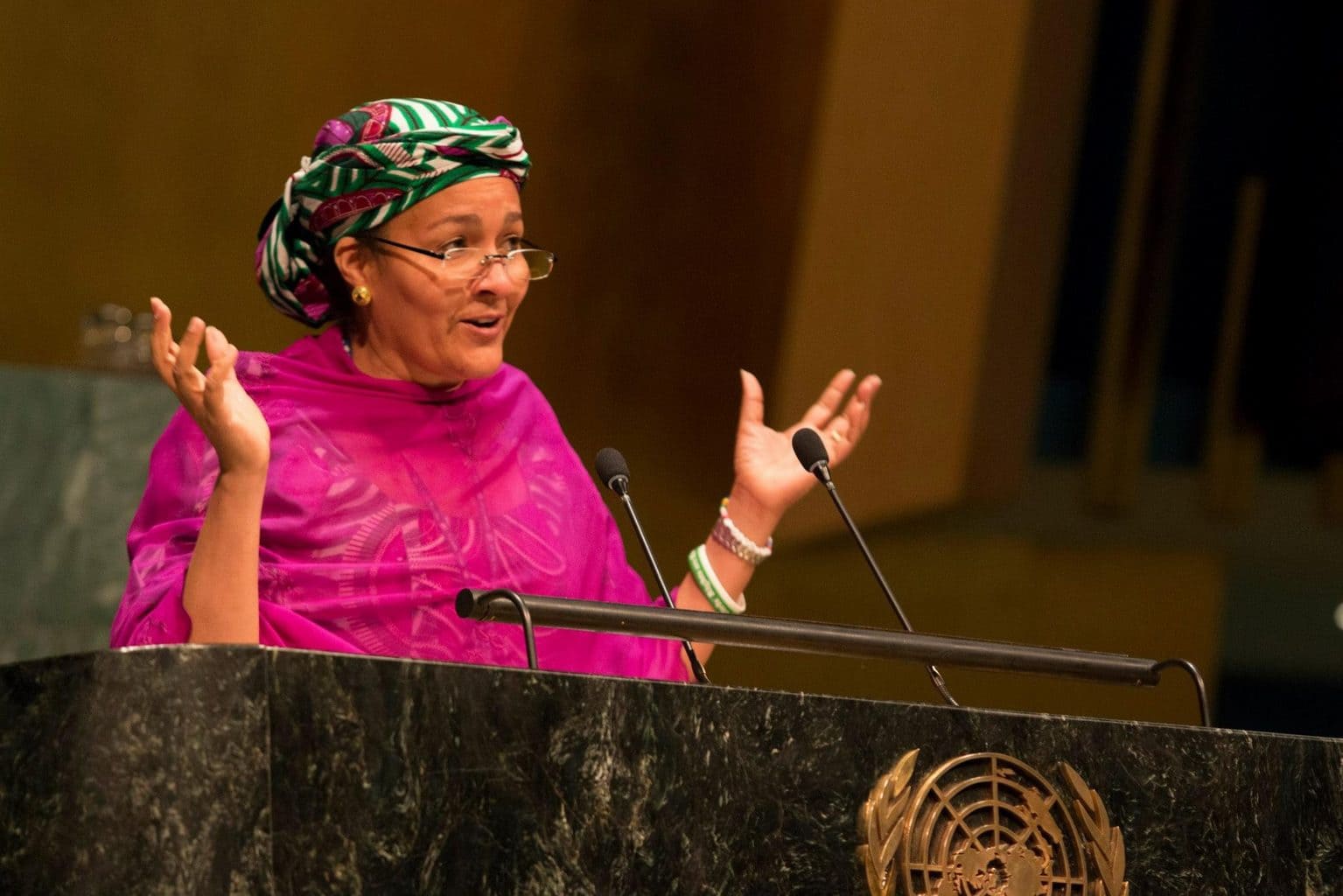 Nigeria’s number one climate change fighter and environment minister Amina Mohammed has been appointed as deputy secretary-general of the United Nations (UN) by António Guterres, UN’s new secretary-general. Mohammed had previously served as special adviser to UN secretary-general Ban Ki-Moon. President Muhammadu Buhari has described Mohammed’s appointment as “great honor to Nigeria.”
In a statement issued by his Senior Special Assistant on Media and Publicity, Malam Garba Shehu, President Buhari expressed happiness that Mrs Mohammed would join the next United Nations Secretary-General Antonio Guterres as his Deputy.
The statement said the president spoke with the in-coming Secretary- General, Guterres, who called earlier this evening to inform him (President Buhari) of his decision to pick Mrs Mohammed as the Deputy Secretary-General.
“President Buhari used the opportunity to reiterate his support and congratulations to Mr. Antonio Guterres on his upcoming tenure in the service.’’
According to the statement, the president endorses the “excellent selection of Amina J. Mohammed as the next Deputy Secretary-General of the United Nations.
“By her appointment, Nigeria has been honoured,” the President was quoted as saying.
President Buhari thanked Mrs. Mohammed for her untiring contribution to transform Nigeria and said he looked forward to sustained collaboration between the UN and Nigeria.
He said he had no doubt that she would continue to make Nigeria proud at the global level.
The statement added that: “It is expected that the Minister of Environment will be transitioning to her new role in March 2017.