Senator Schumer Throw McConnell’s Own Words Back To His Face. 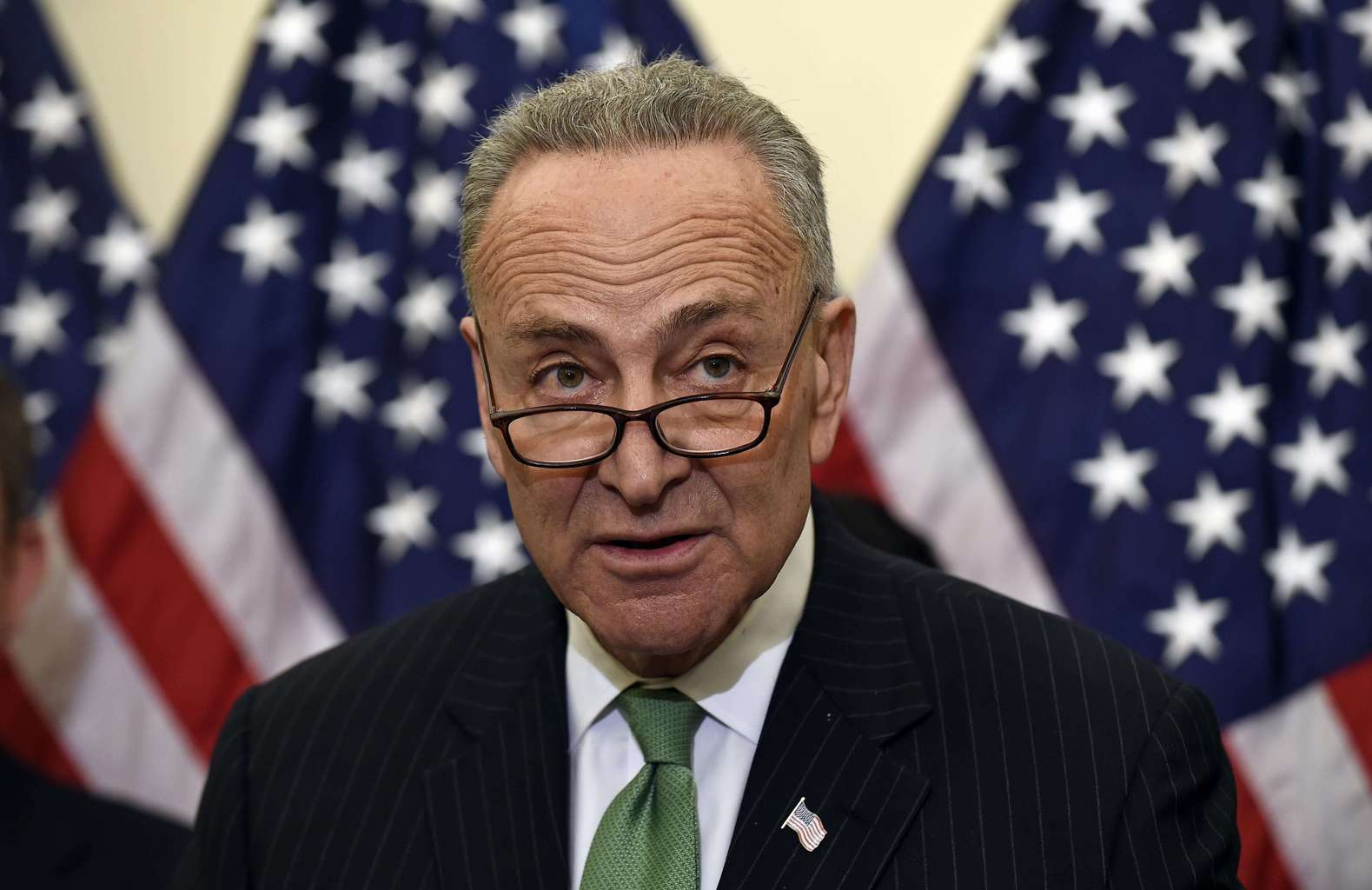 The Democratic Senate Majority Leader Chuck Schumer announced on Monday that he is sending McConnell’s, the US Senate Majority leader a letter he wrote in 2009 outlining “standards” for President Obama’s Cabinet nominees. In a speech on the Senate floor and a tweet in which he shared a handwritten version of the letter with McConnell’s signature crossed out, Schumer suggested he is trying to show his requests are “reasonable.” Confirmation hearings are set to begin on Tuesday, but some of Trump’s nominees have not completed ethics reviews.

“We’re not doing this for sport. Democrats feel very strongly that pushing for a thorough and thoughtful vetting process is the right thing to do,” Schumer said, later adding, “Our caucus was and is concerned about the timely completion of the standard paperwork and ethics clearance for nominees before proceeding full-steam ahead with their confirmation hearings and votes.”

To drive his point home, Schumer read aloud from a letter that McConnell sent on Feb. 12, 2009, to then Sen. Harry Reid, D-Nev., who was majority leader at the time. The letter warned that Republicans would not allow votes for any of President Obama’s nominees without completed background checks, ethics reviews, financial disclosure statements, hearings and conversations with members of Congress. On Twitter, Schumer shared a copy of the letter, erasing Reid’s name and replacing it with McConnell’s. Schumer also put his signature in place of McConnell’s.

“I don’t bring this up to play ‘Gotcha.’ I’m doing it to show that our requests are eminently reasonable, and in fact have been shared by leaders of both parties,” Schumer said. “I plan to return the exact same letter to my friend the Majority Leader with the same requests. In 2009, the then-Minority Leader called these benchmarks ‘common sense standards’ and “longstanding practices. I agree with him.”

McConnell’s office declined to comment on Schumer’s use of the letter other than to point out that it was sent further along in the presidential transition process, when many of Obama’s nominees had already been confirmed. A rules change Democrats pushed for in 2013 prevents them from filibustering Trump’s nominees, but they can delay the hearings and vote against the Cabinet picks as a bloc.

In an appearance on CBS’ “Face the Nation” on Sunday, McConnell dismissed the Democrats’ “little procedural complaints” as sour grapes.

“What this is about, the Democrats are really frustrated that they lost the election. I was in Sen. Schumer’s position eight years ago,” McConnell said. “I know how it feels when you are coming into a new situation that the other guys won the election. What did we do? We confirmed seven cabinet appointments the day President Obama was sworn in. We didn’t like most of them either. But he won the election. So all of these little procedural complaints are related to their frustration in having not only lost the White House but having lost the Senate. I understand that, but we need to sort of grow up here and get past that. We need to have the president’s national security team in place on Day 1.”

In his floor speech, Schumer pointed to McConnell’s comments and suggested Democrats are not “raising concerns about the nominations process out of pique or anger.” Schumer pointed to the large personal fortunes of several of Trump’s nominees.

“Bear in mind President-elect Trump’s nominees pose particularly difficult ethics and conflict-of-interest challenges. They come from enormous wealth, many have vast holdings and stocks, and very few have experience in government, so they have not been appropriately vetted for something like a Cabinet post before,” said Schumer. “What had been standard practice for the vast majority of nominees — the completion of a preliminary ethics review before their nomination — was skipped over for the vast majority of President-elect Trump’s nominees.”