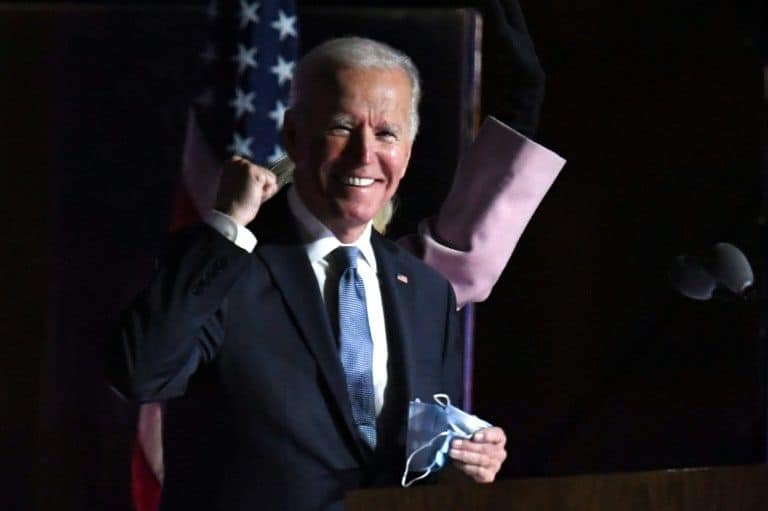 Election day came and went with no result, but Democratic candidate and former Vice President Joe Biden seems poised for a presidential win. He has already received over 71 million votes, more than any candidate in the history of American elections. He has also amassed 264 electoral votes, close to the needed number of 270.

Biden is projected to win Nevada, which will put him at exactly 270 votes. The state has reported 86% of votes counted and has stopped counting until Thursday. We may know as soon as tomorrow if Biden wins the state and the election.

But the other states, Pennsylvania, North Carolina, Georgia, and Alaska, all look pretty favorable for Trump. He currently only has 214 electoral votes, leaving him in a position where he will need wins in most of the remaining states to claim an election victory.

It is still yet unclear when we will receive the announcement of a definite winner. As predicted, the president tried to declare an early win in the election. When that failed, he began claiming wins in individual states.

Trump gave an early morning speech from the White House and stated, “Frankly, we did win this election.” He said he wants “all voting to stop” before again adding, “as far as I’m concerned, we already have won.”

The president has ignored the existence of state laws which allow vote counting to continue beyond Election Day in many places.

In 2016, Michigan, Wisconsin, and Pennsylvania all went to Trump despite being historically blue states. Tonight, Biden won Michigan and Wisconsin, while Pennsylvania is not yet called.

In early attempts to invalidate results, GOP poll watchers in Michigan alleged more Democratic watchers were allowed into polling stations. In Detroit, they amassed outside of a vote counting room and chanted “stop the vote” and “let us in.”

Earlier today, Trump’s campaign manager claimed to have filed suit to halt all counting in Michigan until “meaningful access has been granted” and also demanded to review all previously opened and counted ballots. They are attempting to demand officials stop counting so the campaign may begin recounting.

“Michigan’s elections have been conducted transparently, with access provided for both political parties and the public,” Michigan Attorney General Dana Nessel said in a statement. She added the “department has not been notified by the Court of Claims about this lawsuit.”

Some of Trump’s usual supporters are seemingly trying to distance themselves from his antics.

Former New Jersey Governor Chris Christie commented on Trump’s early claim of victory and said there was “no basis to make that argument.” He went on to say, “I think it’s a bad strategic decision, it’s a bad political decision, and it’s not the kind of decision you would expect someone to make tonight who holds the position he holds.”

Senate Majority Leader Mitch McConnell, who just won his own race for re-election, said he believes “each state will ultimately get to a final outcome.” He added, “it’s none of the federal government’s business how states decide to conduct their election.”

But McConnell would not suggest Trump had done anything wrong in trying to prevent states from completing their vote counts. He even went so far as to say he did not think “the president should be criticized.”

Of Trump’s lawsuit threats against states, McConnell said, “In a close election you can anticipate in some of these states you’re going to end up in court. It’s the American way.”