WHO: Ebola Outbreak Not An International Health Emergency 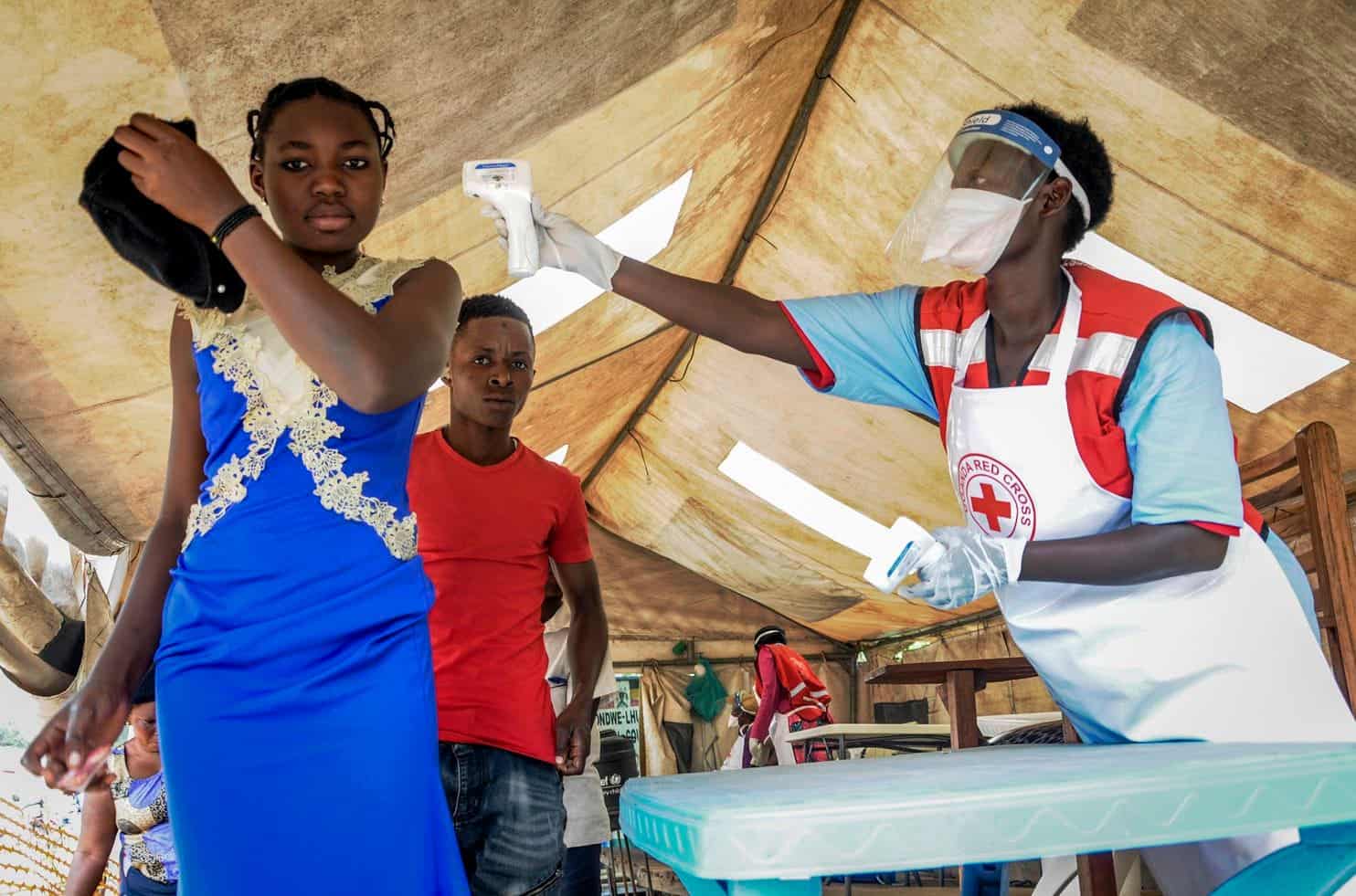 People having their temperature taken to check for symptoms of Ebola

“The Committee expressed its deep concern about the ongoing outbreak, which, despite some positive epidemiological trends, especially in the epicentres [sic] of Butembo and Katwa, shows that the extension and/or reinfection of disease in other areas like Mabalako, presents, once again, challenges around community acceptance and security. In addition, the response continues to be hampered by a lack of adequate funding and strained human resources,” the World Health Organization (WHO) stated in a press release concerning the Democratic Republic of the Congo (DRC) Ebola outbreak which has spread to Uganda.

The release would continue.

The cluster of cases in Uganda is not unexpected; the rapid response and initial containment is a testament to the importance of preparedness in neighbouring [sic] countries. The Committee commends the communication and collaboration between DRC and Uganda.

At the same time, the exportation of cases into Uganda is a reminder that, as long as this outbreak continues in DRC, there is a risk of spread to neighbouring [sic] countries, although the risk of spread to countries outside the region remains low.

“As you have heard, the Emergency Committee has recommended for a third time, and I have agreed, that the current Ebola outbreak in DRC does not constitute a public health emergency of international concern.” Dr. Tedros Adhanom Ghebreyesus, Director General International Health Regulations (IHR), stated on June 14th in Geneva, Switzerland regarding the ongoing health scare. “Since the outbreak started last August, there have been 2108 cases of Ebola, and 1411 deaths. This is tragic. Although the spread of Ebola to Uganda is tragic, it is not a surprise. We have said since the beginning of the outbreak that the risk of cross-border spread was very high, and it remains very high,” Ghebreyesus would continue.

In October 2014, WHO released a document concerning how Ebola is transmitted among humans, which reveals why such outbreaks can be contained with proper management.

The Ebola virus is transmitted among humans through close and direct physical contact with infected bodily fluids, the most infectious being blood, faeces and vomit. The Ebola virus has also been detected in breast milk, urine and semen. In a convalescent male, the virus can persist in semen for at least 70 days; one study suggests persistence for more than 90 days.

“The Ebola virus can also be transmitted indirectly, by contact with previously contaminated surfaces and objects. The risk of transmission from these surfaces is low and can be reduced even further by appropriate cleaning and disinfection procedures,” the document would continue. WHO would also go on to detail, “Ebola virus disease is not an airborne infection. Airborne spread among humans implies inhalation of an infectious dose of virus from a suspended cloud of small dried droplets. This mode of transmission has not been observed during extensive studies of the Ebola virus over several decades.”

“Speculation that Ebola virus disease might mutate into a form that could easily spread among humans through the air is just that: speculation, unsubstantiated by any evidence,” WHO would firmly state in conclusion.

The BBC details the concern around Ebola spreading throughout the region, and how the virus was able to cross over the 500-mile border shared between DRC and Uganda. “… An endless stream of traders, some balancing baskets of eggs on their heads or swinging chickens by their feet, moves back and forth across the border each day.”

One of the main reasons it has been so difficult to contain the disease in DR Congo itself is because it is spreading in a conflict zone. Some 120 armed groups hide in the jungle-matted hills in the east of the country and regularly spring out of the bush to abduct or rape civilians. They make money smuggling minerals like gold and coltan, used in mobile phone batteries, or by plundering villages and stealing livestock.

While fear exists in Tanzania of a possible outbreak, the confidence of WHO that the situation can be contained provides some comfort.