Why Nigeria Gov Is Yet To Arraign S’Court Justices, Okoro, Others — AGF 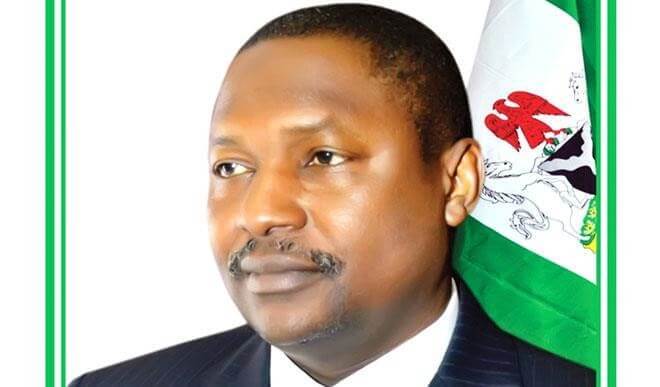 The Attorney General of the Federation, Mr. Abubakar Malami, has said that the Federal Government has not dropped the corruption charge it prepared against Supreme Court Justice, John Inyang Okoro and others, but was rather working to consolidate the charges against them.

According to Malami, the charges against Okoro and others yet to be arraigned in court were being strengthened based on new evidence, which needed to be consolidated in order to have a water-tight case against the suspects.

It will be recalled that no fewer than seven judges of the Supreme, federal and state high courts were taken into custody on the night of October 7, 2016 and later granted bail by security agents over allegations of corruption.

Some of them were later separately charged to different courts.

The minister hinted that the Federal Government was busy assembling its witnesses against the accused persons to ensure the speedy conclusion of the matter once charged to the court.

Malami said: “So far, we have not dropped any corruption case against any of the suspects. What has happened however is that having stumbled on new evidence, we are consolidating the charges so as to present a water-tight case against the suspects and prove to the world that these people are not being witch hunted as being alleged by some persons.

“We are taking that step mindful of the provisions of the Administration of Criminal Justice Act, which require that all our witnesses must be ready before the commencement of trial. We don’t want to give room for any delay once the case commences.

“In fact, we want to ensure that our witnesses are ready so that once the judge has fixed a date we can proceed to prove our cases against the suspects,” the minister said.