Why the world must sustain Nelson Mandela’s legacies 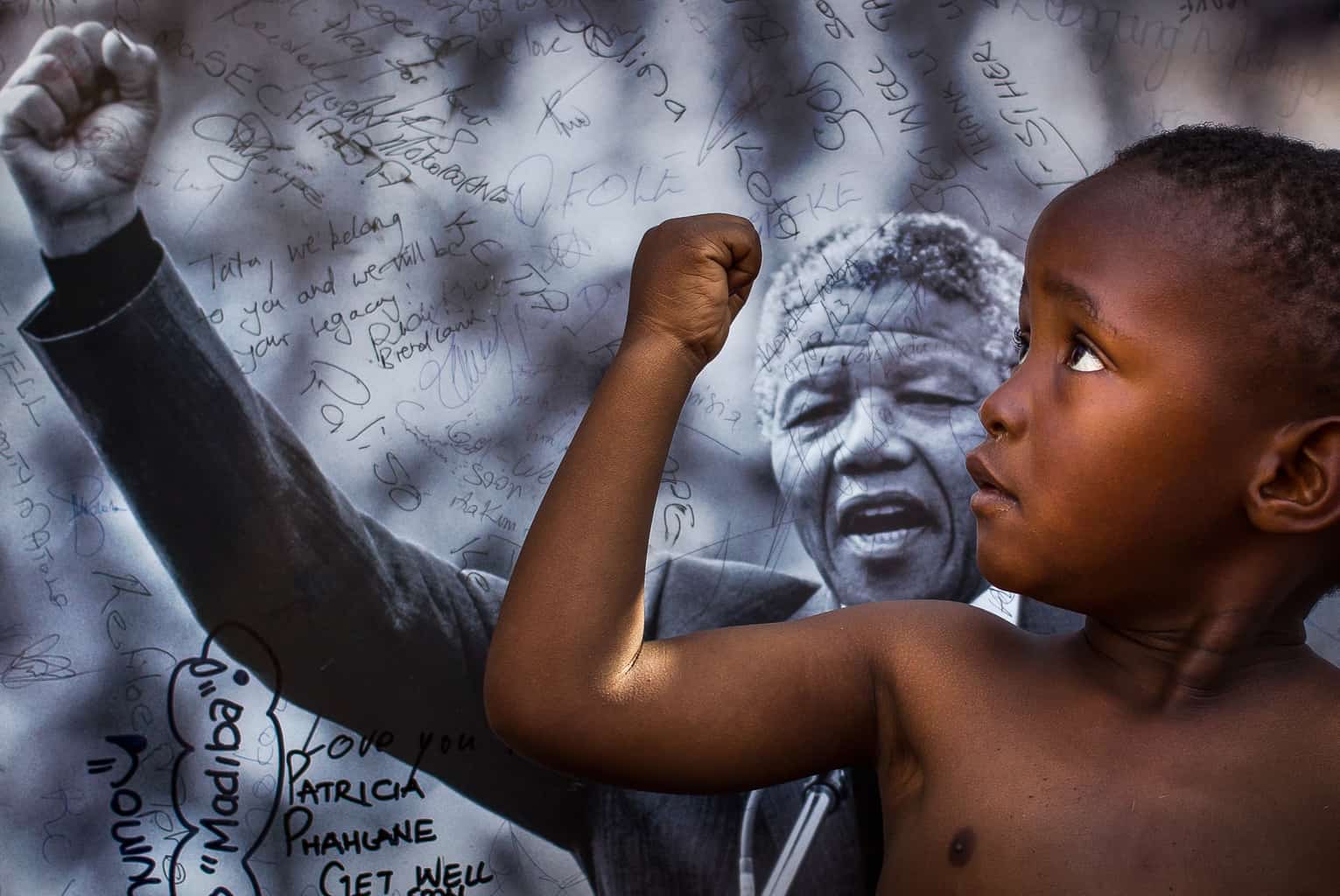 A young member of the Maitibolo Cultural Troupe poses for well-wishers in front of a placard of Mandela in Pretoria. Image credit (AP Photo/Ben Curtis)

Last week, the world marked this year’s edition of Nelson Mandela International Day, to commemorate the legacies of the apartheid hero. The celebration itself comes with a burden: the world must consciously fight to ensure the legacies he left behind are sustained.

July 18, every year is always memorable. Its significance, unarguably, owes much to the many historic legacies of Nelson Mandela, erstwhile South African President known for his storied contributions to halting the apartheid system in Africa.

“Everyone has the ability and the responsibility to change the world for the better. Mandela’s Day is an occasion for all to take action and inspire change,” the United Nations had stated while announcing it an international day to be celebrated every year.

The celebration, undoubtedly, is worthy of the doggedness of the former apartheid fighter. Mandela was a man determined to risk his own very life to single-handedly change history. He did change history.

Africa joined the rest of the world to mark this year’s edition of the Nelson Mandela International Day. Expectedly, the day whipped up emotions, reawakened hope and further brought the prospects of what is ahead to limelight.

It has always been that way every year.

The concern, it seemed so far, has been whether world leaders, those in Africa especially, had really taken a cue from the towering legacies of the late South African leader. Mandela represented everything good. His zest to influence his world positively has not stopped leaving many in awe.

It won’t stop for years to come.

The journey to immortalization

Growing up, for many, is always fun. It wasn’t for Nelson Mandela. He grew up at a time apartheid system- an area where blacks were subjected to various forms of inhuman treatment by pockets of whites holding sway in the country- was in vogue. During the period, the blacks were subjected to various forms of intimidation. They were segregated from using the same schools, hospitals as well as beaches with the whites.

That wasn’t all. Blacks then were also denied franchise- they could not vote or be voted for during elections.

It was a whites’ world, then.

Everything looked foggy for the blacks.

Mandela was unhappy with the system. He wanted a change.

Determined to change the status quo and bridge the gap between the blacks and whites, he identified with the African National Congress (ANC), a party formed majorly to upset whites’ domination of South Africa.

With ANC, Mandela fought whites’ regime in the country to a still, championing several well-organized protests with the party’s Youth League. What began as a routine peaceful demonstrations later snowballed into violent protests.

And in 1964, the sledgehammer of the ruling government then fell on Mandela. He was made to pay the price for leading a rebel team. And the price was deadly. In 1964, he was sentenced to life imprisonment.

While in prison, the fire he ignited never ceased burning. His arrest and subsequent imprisonment generated global rage with many demanding his unconditional release. After spending 27 years in prison, and with no hope of the continuous demonstrations thawing, he was released in 1990 under the government of FW de Klerk, then a white president in South Africa.

It was a dream come true, not only for Mandela but the world. Mandela won. His people won. The world won. In 1991, the apartheid system was proscribed in South Africa. For his numerous contributions to the emancipation of the black race, he bagged the Nobel Peace Prize in 1993.

In 1994, he became the first elected black President in South Africa. In 2013, the influential leader died and was celebrated across the globe.

He is still being celebrated.

As the world this year’s edition of Mandela International Day, it difficult to measure how well the ideology the former president stood for has been put into use. Hatred is becoming rife among countries of the world. In South Africa, racial discrimination which Mandela fought still remains an issue. There are cases of xenophobic attacks here and there. President Cyril Ramaphosa is seemingly working assiduously to address the situation. How far he can go remains to be seen. His government for instance has been pushing for land reforms to address the existing imbalances in land ownership between whites and blacks in South Africa. On July 31, 2018, Ramaphosa announced plans by his government to amend the constitution to allow expropriation of land without compensation.

Landexpropriation is the act of the government taking over privately-owned land to be used for purposes designed to benefit the overall public. The move, reported by CARACAL REPORTS, was believed to be part of ongoing efforts to grant the blacks more access to land in the country- a significant promise of the party when it assumed power in 1994. Expectedly, it drew criticisms from the whites in South Africa and generate international rage, especially from US government.

CARACAL REPORTS had earlier argued that South Africa needs radical reforms to stamp out traces of apartheid and it seems President Ramaphosa’s administration is willing to ring the needed change.

Beyond South Africa, the world must take up of ensuring the legacies left behind by Mandela are not left to wither. Conscious efforts must be taken to ensure they are sustained. Issues racial discrimination, gender inequality, poverty, exploitation among others must engage the attention of world leaders. Until this is done, the purpose of the of the annual celebration will be defeated.