Winnie Mandela’s Legacy: A Clarion Call For Every African Woman 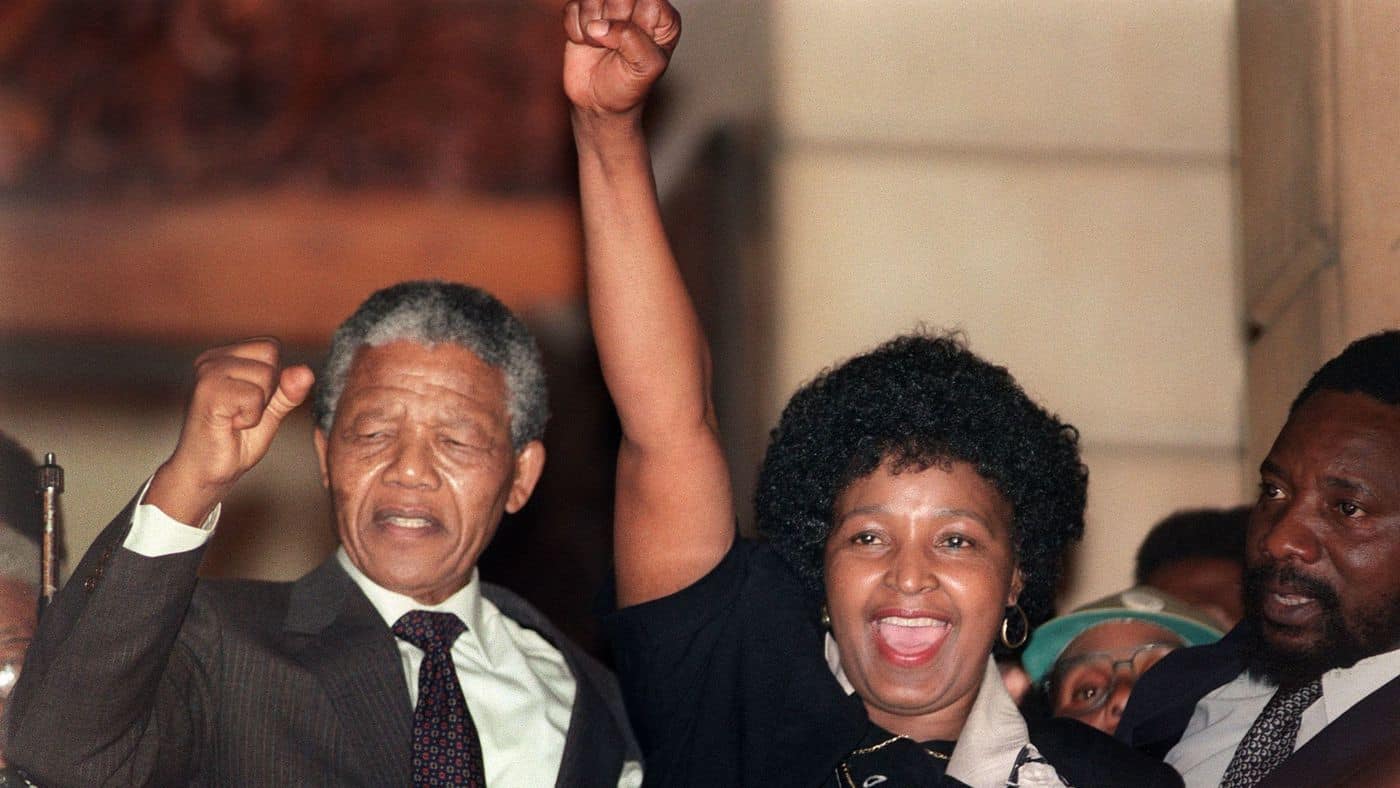 Last month, the world was awakened by the demise of a foremost South African anti-apartheid activist and politician, and the ex-wife of Nelson Mandela, Winnie Madikizela – Mandela.

Fondly known as the ” Mother of the Nation ” by her supporters, apparently because of her tacit involvement in anti-apartheid South Africa struggles, or perhaps because of her distinct socio-political revolutions, Winnie Mandela’s footprints both pre and post-apartheid South Africa are characteristically undying and indelible. The significance of her works and achievements are inscribed on the gold marbles of South Africa, Africa, and, of course, global ethnopolitical historical limelight.

As a member of the South African Parliament from 1994 to 2003, and from 2009 until her death, Deputy Minister of Arts, Culture, Science and Technology from 1994 to 1996, and also a pioneer member of the African National Congress (ANC), the country’s foremost political party. She also served in the National Executive Committee and headed its Women’s League. Winnie Mandela repositioned and reinvented the most genuine characteristics of women politics in Africa, and the globe in general. Fighting the oppressive European regimes hand-in-hand with her then-husband and fellow anti-apartheid activist, the late Nelson Mandela, further magnified her consciousness for truth in the face of volatility and re-demonstrated an unlimited focus on the whole essence of freedom, human inter-relationship and the place of women in social struggles.

It was during the twenty-seven-years incarceration of Nelson Mandela, her closet ally and husband, that her activism became more intense and charismatic. But Mrs. Mandela’s rise to prominence within the anti-apartheid movement did not come without the ultimate sacrifices. She was detained by apartheid state security services on various occasions, tortured and subjected to banning orders, banished to a rural town, and even spent months in solitary confinement. However, these turbulent events did not look to move her feet from the spiky grounds of truth, tenacity, and auspiciousness.

Such hard-to -come-by antecedents, sadly, seem to have evaporated from the African socio-political pool in the recent times, and the troubling quest for women’s political activism keeps getting tortuous and unfeasible. Analysts have argued that the low level of women participation in politics in Africa might have taken its precedence from either some perceived gender political inferiority or the assumption that the African political terrains are bullish, barbaric and unfavorable to the female gender.

But such position could barely gain firmness given the growing trend in the women’s literacy level over the years in the continent. In fact, a recent report by the UNESCO Institute for Statistics indicates that the female literacy index has gained significant ascension over the last ten years. Consequently, it would be right-thinking to argue that the female literacy effects on the political explorations and expansion in Africa have remained abysmally low. This discouraging turn-over expresses doubt on how far the contemporary African women have gone in taking a leaf from the late Winnie Mandela’s political, ideological and historical conquests.

As this unending search for self-actualization among the continent’s female elites lingers, it would be imperative to point out that the late Winnie Mandela’s convictions, and the inuring spirit with which she patiently traced the uncertainties and precariousness of that awful milieu she found herself and the South African people, are still hanging on the tree of history for aspiring women change-agents to harvest from. Her leadership virtues were reflected throughout, and even after Nelson Mandela’s jail term. She stood the storms, fought injustice and inhumanity through the flames and wreckage, and won for herself and women all over the world, priceless laurels in the nightmarish race for national emancipation, and in doing so, also bequeathed the African Women the spirit and mind ideal of a renaissance leader, and a true patriot.

The African women must, therefore, make passionate the importance of this practical leadership, especially as the search for healthy and germ-free governance continues to elude the continent. When in the mid-80s (1986 – 1989), Winnie Mandela was accused of exerting a ” reign of terror,” and being “at the centre of an orgy of violence ” in Soweto, which resulted in the condemnation by the anti – apartheid movement in South Africa, a rebuke by the ANC in exile, and the eventual 1988 burning down of her house by some Soweto high school students in retaliation for the actions of the Mandela United Football Club (MUFC), the late Winnie Mandela inured the devastation, and remained stoic in the harsh face of fate.

More of such self-restraint in the middle of executive distress is still at large in the African political spheres. Her depth of courage, resilience, and composure tells excellent tale worthy of the most distinctive study. To this end, the African women must look inwards, reach for the right spirit hidden away in gut’s closet, to take their place in the gallery of leaders whose milestone are carved out of the golds of history. It would be, however, very biased to write-off the peerless inputs of few pan-African women who have re-demonstrated that ‘Mandela-ic’ heroism, especially in the current political, economic and social decadence in the region.

With the over-discussed 35% women representation in government still hundreds of kilometers away from the runway, many unanswered questions lie helplessly on the shelves of total freedom in Africa. In a society where basic rules of existence and orderliness are perpetually short-changed, stunted growth and disorder never stop to hover around its very sacred tentacles. Though the efforts of some African countries concerning gender-sensitive representation in government are notable, the female gender must stand up for what is worth the drills. As aptly noted by the iconic Hindu teacher and social philosopher, Mahatma Gandhi, “The search for self – actualization begins from within the subject; that total abandonment of standards that darken spirit.”

The contemporary African women must strive to achieve this nascent understanding of what the Winnie Mandela’s struggles demand of them. Currently, there remains a considerable void in socio-political dimensions among the region’s political participants. The change-agents must, therefore, reflect on these discrepancies as they concern the fight for the political and social awakening of the African Women.
The notions of inferiority and self-demotion must give way for an enhanced belief in the eventual emancipation from the shadows of defeat and self-doubts. The Winnie Mandela school of thought must stand as a pinnacle of lessons and hope if the African Woman must gain their independence.