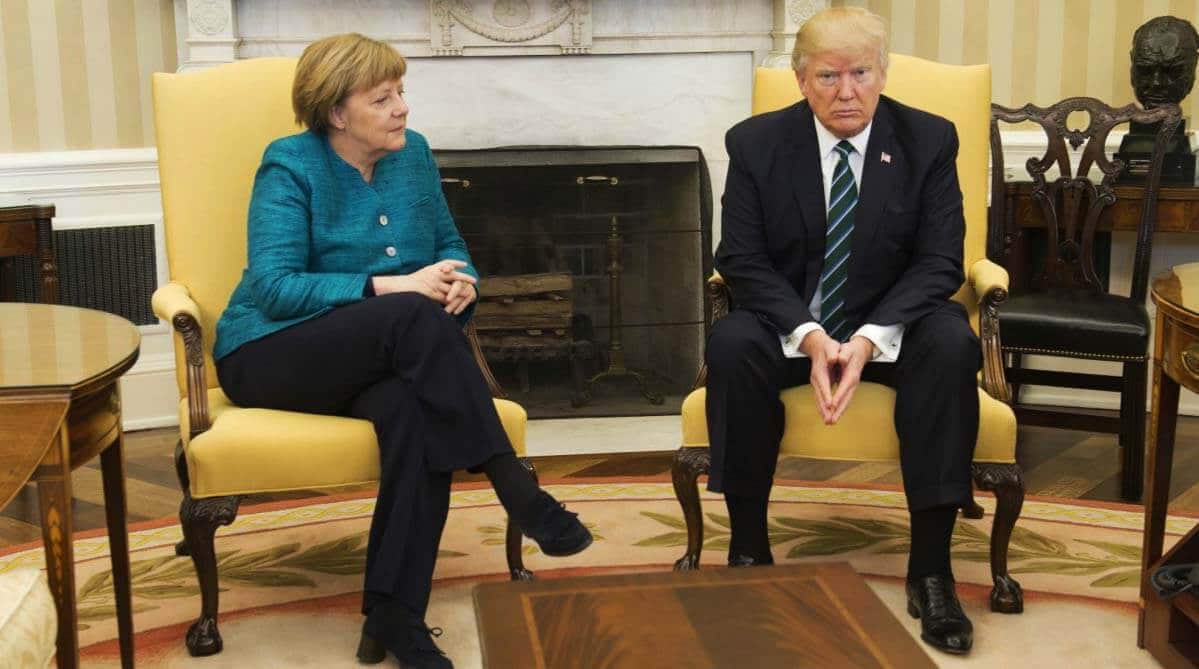 Today was a humiliating day for Donald Trump, but that’s nothing new.

During the St. Patrick’s day celebration at the White House, President Trump read out a stanza written by Nigerian poet Albashir Adam Alhassan, mistaking it for an “Irish proverb.”

“As we stand together with our Irish friends, I’m reminded of that proverb — and this is a good one, this is one I like, I’ve heard it for many, many years and I love it,” Trump said. “Always remember to forget the friends that proved untrue, but never forget to remember those that have stuck by you.”

Initially, these statements confused many of the Irish listeners who had never heard of the proverb. However, after a cursory search on the Internet, minutes later the mystery was solved; the quote comes from Alhassan’s poem Remember to Forget which is quoted in full below:

The things that make you sad,

The things that make you glad.

The friends that proved untrue,

Those that have stuck to you.

The trouble that passed away,

The blessings that come each day.

Always remember to do your duty,

And some kindness day by day,

But never forget to live a useful and happy life,

That is the only way.

In an interview with NBC News, the 32 year old Alhassan, who works at the First Bank of Nigeria  said he wrote the poem in 2001 when he was a teenager, “when no one in Nigeria had access to the internet.”

“I’m actually surprised because I’m wondering how someone like the American president got to find a poem that I just posted on the internet,” said Alhassan.

The poet said that the subject of the poem was “human nature” and it’s meaning was about how people are “nice to you when they need something” but that “when they get what they want they abandon you.”

“People use you as tools,” he continued.

“I think that policy is very harsh. There is a big difference between the way people see Islam and how it actually is,” Alhassan said.

The mistake was the tip of the iceberg for the administration that was participating in its first St. Patty’s day celebration at the White House with Irish Prime Minister Enda Kenney.

When greeting the Prime Minister and the Irish Press Corp, the Vice President Mike Pence offensively said “top of the morning,” reinforcing an Irish stereotype, and when introducing Trump botched the pronunciation of the Prime Minister’s wife’s Fionnuala Kenny before going into his “Irish Proverb.”

Then there’s Trump’s meeting today with Angela Merkel, who he had once accused during his campaign of “Ruining Germany”. Not since his inauguration speech have we seen something so awkward and too-terrible-to-watch-but-you-can’t-look-away.

In almost every way – substance, personality, style – there is no more different political pairing. While Merkel is pragmatic and an internationalist who has accepted roughly 1 million refugees and is committed to working with other countries; Trump promotes an “America First” agenda, and expresses disdain for immigrants and multilateral diplomacy.

Merkel is reserved, modest and competent; Trump is brash, arrogant, and erratic.

Among many cringe-worthy moments, Trump reiterated his claim against Obama for wire-tapping, telling Merkel, “we have that in common.” He called a German newspaper “fake news”.

Merkel brought up her genuine support for refugees, while Trump ignored the idea of humane immigration policies.

All in all, today was a truly embarrassing day in an otherwise chaotic presidency.

The losers for today:

Donald Trump and whoever writes his speeches (so no one…no one else except Trump).

Angela Merkel, who, even if she was planning on retiring in the next few years, won’t be able to as the Western World will cling on to her as their best hope.

The winner for today:

Albashir Adam Alhassan, who became a viral sensation overnight for a poem he wrote 16 years ago that he thought most people had never read.