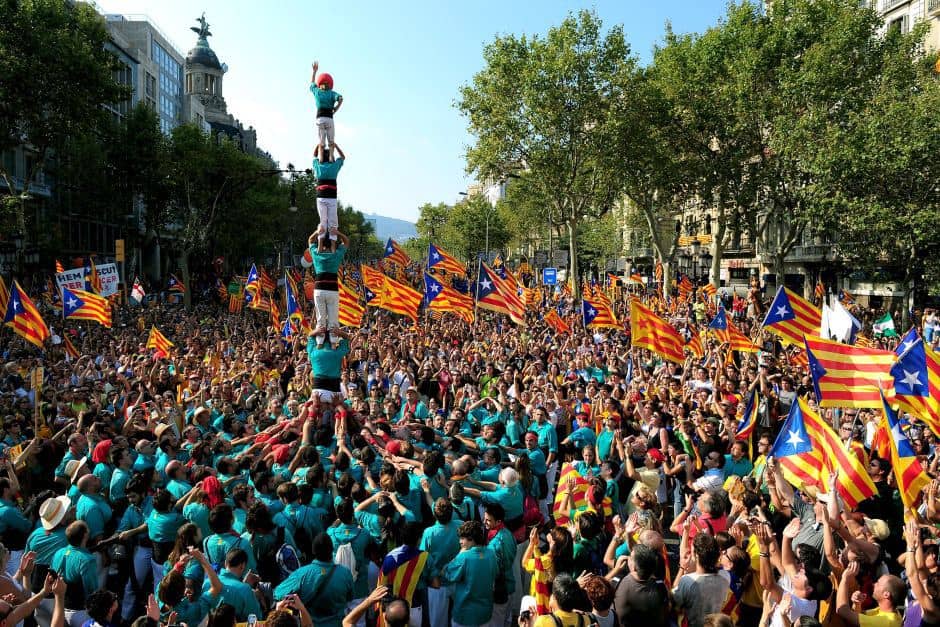 The Catalan referendum question has grown even fiercer this week, as current king Felipe VI today claimed that Catalonia would remain a part of Spain, telling an audience in Oviedo that it was and would remain a vital part of the country.

Earlier this week, Prime Minister Mariano Rajoy had earlier this week called on the Catalan government to renounce its attempt at independence, and introduced a plan to invoke Article 155 of Spain’s constitution, which would curb many of the devolved powers the region has accrued over the years, though legally they cannot all be rescinded.

It would be the first time in the country’s history that the article has been invoked, and would allow Madrid to take more direct control over the region, including forcing new elections and stripping back the region’s right to self-determination by imposing direct rule from Madrid. There have also been talks of the central government taking charge of the local Catalan police force until the crisis is resolved.

Catalonia originally held a referendum on its independence, which the Spanish government declared illegal, on October 1st, 2017. The day was marred by violence from the state riot police against voters. Government officials had also been arrested and government buildings stormed by the Guardía Civil in the weeks leading up to the referendum. 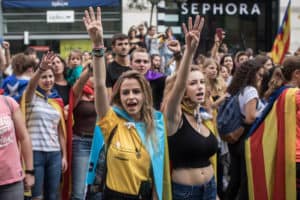 After the vote, Catalan officials confirmed a turnout of 43.2%, some 2.2 million people. Of those that did show up to the polls, over 90% voted in favor of independence, though the result has been delegitimized by many due to the low turnout and doubts over its technical legality.

There have been talks of an independent Catalonia for centuries, ever since Spain’s unification in 1469 with the marriage of the Catholic monarchs Ferdinand and Isabella.

The issue was forced underground as the region was particularly harshly suppressed under the regime of Spanish dictator Francisco Franco. The Catalan language was banned and any talk of independence was harshly policed, but both have resurfaced since Franco’s death in 1975 recent years.

The vote on October 1st was predicted to be tight based on polling numbers, though the ‘remain’ side was expected to win by a narrow margin by most pollsters. Many anti-independence voters boycotted the vote in support of the Spanish government’s decision to declare the vote illegal.

Catalonia already has increased autonomy from Spain and more power to self-determination than most other autonomous regions, although this is now under threat from the Spanish government, which is now looking to strip back the devolved powers and force new elections in the region at the beginning of next year. This could be a major blow to Catalonia’s path to independence and a setback for the local government, though it could also trigger a starker plebiscite on the question of the region’s future if pro-independence parties feel they are being backed into a corner.

Both sides are so far refusing to back down, and the issue is likely to continue to evolve over the coming days.