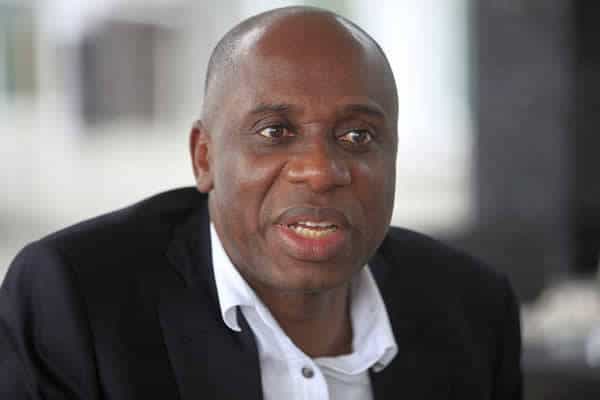 There are clear indications that the fight against corruption in Nigeria by President Muhammadu Buhari’s administration has fizzled.
Caracal Reports’ findings on some of the Nigerian corruption cases showed the government has hibernated from prosecuting some of the former government officials accused of corruption, especially those governors who decamped to the ruling party, APC.
The former governors, who have embezzled more than N170bn during their terms in office, now seek solace in the ruling party, APC, to avoid prosecution.
It was gathered that the country’s allegedly corrupt politicians, who the masses believed would be tamed by Buhari’s government, later found a means of escaping prosecution by joining the ruling party. Some of the big names include:

Orji Uzor Kalu, who is a former governor of Abia state, was arraigned by the Economic and Financial Crimes Commission alongside one of his companies, Slok Nigeria Limited, suspected to have laundered the sum of N3.2bn.
According to findings, Kalu allegedly diverted about N3.2bn from Abia’s treasury while he was governor of the state.
He allegedly diverted the funds in tranches of N200million, N50million, N200million, N300.8million, N545million, N429million, N288.4million, N190million, N157million, N152.8million, N100million, N84million, and N50milliob between August 13, 2003, and January 12, 2005.
Legal experts said the offense was contrary to Section 17 (c) of the Money Laundering (Prohibition) Act 2003 and punishable under Section 16 of the same Act.
EFCC had taken the former governor to court several times in a bid to prosecute him.
But recently, the former governor crossed from his party to the ruling party, APC, to escape being prosecuted. 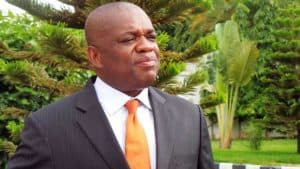 Impeccable sources in APC confirmed to our correspondent that Kalu had negotiated his case for not contesting any position while he is a member of the party, but to remain and work for the party’s success in the country’s South East region.

Former Governor of Adamawa State, Ahmadu Fintiri allegedly laundered the sum of N2.9billion while in government. Though he appeared in Federal High Court in Maitama, Abuja regarding the case, it has been one that has been swept under the carpet by the administration. Nothing is heard about it since.

Murtala Nyako, the former governor of Adamawa State; his son, Senator Abdul-Aziz Nyako; and Abubakar Aliyu and Zulkifikk Abba were on trial before Justice Okon Abang of a Federal High Court in Abuja.
They were facing a 37-count charge including criminal conspiracy, stealing, abuse of office, and money laundering to the tune of N29bn.
Nyako and his co-defendants were alleged to have used five companies – Blue Opal Nigeria Limited, Serore Farms & Extension Limited, Pagoda Fortunes Limited, Towers Assets Management Limited, and Crust Energy Limited to commit the fraud.

The former governor of Taraba State, Jolly Nyame, also allegedly was involved in criminal misappropriation of N1.64bn in state funds. He later defected to APC, and since then the status of his case has become a mirage to the masses that had been waiting for his prosecution.

The immediate past governor of Ekiti state, who is now the Minister of Solid Minerals, Dr. Kayode Fayemi was alleged by the current state assembly of looting the state treasury to the tune of N40bn.
In a petition made available to Caracal Reports, the former governor was alleged to have committed various misappropriations that are believed to have impoverished the state. 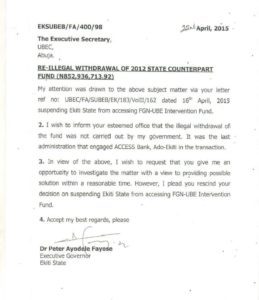 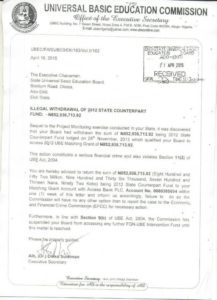 Despite several allegations and petitions were written to the country’s anti-graft agency, nothing has been done to investigate the case of the former governor, who is now a minister under President Buhari.
Findings revealed the former governor is being shielded because he holds a vital role among the party’s inner caucus that works for the president on special assignment.
Because of his communication prowess, Fayemi also was revealed to have written most of Buhari’s scripts that he delivered on many occasions.

The immediate past governor of Rivers state, Rotimi Amaechi is another former governor who is now serving in Buhari’s cabinet. Under his watch as Governor, he is alleged to have fraudulently generated more than N70billion from secret sales of state-owned assets.
Despite several outcries by people of the state, the incumbent governor of Rivers state, and stakeholders in the country, Amaechi’s case are being neglected under the Buhari administration, which earlier had made fighting corruption its priority. Whitepaper

Senator Musiliu Obanikoro, former Minister of State for Defence, was involved in laundering $2.1 billion from an arms sale scandal in Nigeria. The money was meant for procuring arms for combating the country’s Boko Haram insurgency.
In the anti-graft team’s investigation, N4.7bn was traced to Obanikoro’s account, but he later refunds N134m to the government.
He still was expected to be grilled by the country’s anti-graft agency when he moved to the ruling party, APC, to save his head.
A source in the party who preferred anonymity said, “Obanikoro, having realized he has no option to save his head from the mess, decided to join APC. So, he has escaped the probe on the remaining money. Even if they parade him for probe again, he will not be prosecuted as such because he has aligned with us already.”

Mr. Bukola Saraki, a former Kwara state governor who is now the Senate president of Nigeria, has several corruption cases for which to answer.
Among these cases is the one involving how a large chunk of the N19bn London-Paris Club loan refund allegedly was diverted under the guise of paying consultants. 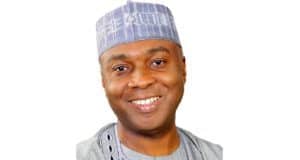 In the case, the anti-corruption agency in its preliminary findings established that a considerable chunk of the cash allegedly was diverted by the Senate president and his aides using both banks and companies to perpetuate the fraud. The discovery followed an inquiry launched by the Presidency into the disbursement of the cash refund, which was meant to enable states to clear the backlog of staff salaries and pensions.
However, Saraki’s many sins seem to have been forgiven by Buhari’s government at the expense of millions of Nigerians who already are being impoverished.