The Rise And Fall Of Steve Bannon 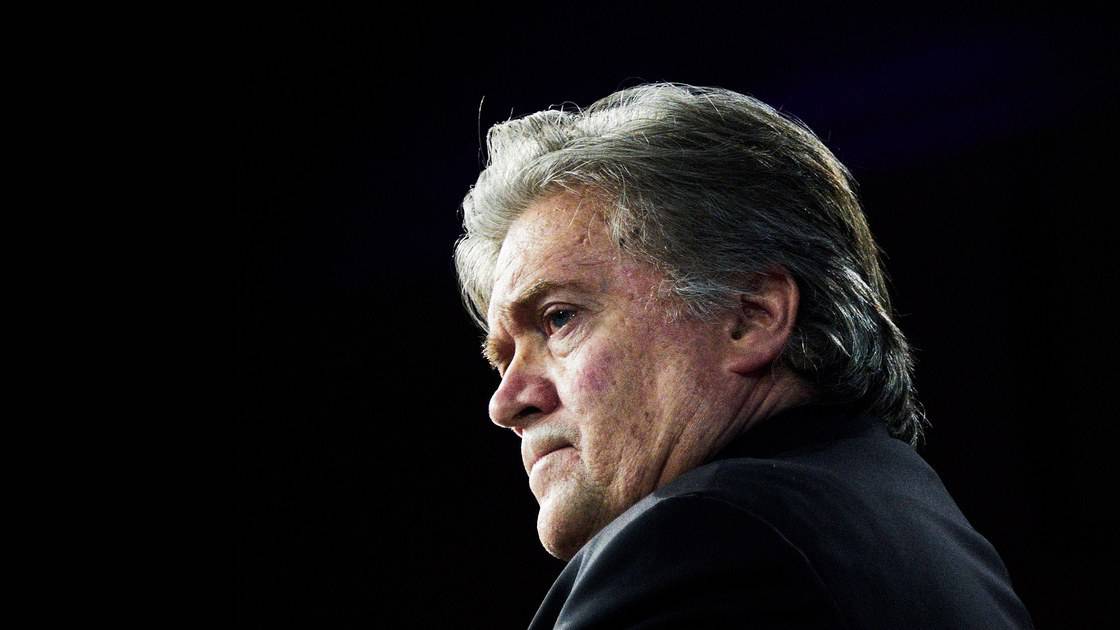 One year ago, Steve Bannon was on top of the world. He was President Trump’s most trusted advisor, had successfully changed American politics through his news website Breitbart, and was poised to bring his nationalist agenda to the world stage.

After Andrew Breitbart’s death in 2012, Bannon became the voice of the right-wing Breitbart news site. Bannon sought to make Breitbart a valid news source and influence the Washington media cycle. After the Tea Party movement began to sweep America in 2010, Bannon correctly realized the movement needed a centralized news source.

Breitbart began to target Republicans like Speaker John Boehner, and its tone began to resonate with readers against President Obama’s policies. During the 2016 election, Breitbart embraced Trump as the anti-establishment candidate who could upend Washington’s current moderate stance.

Trump’s hiring of Bannon as his campaign’s chief execution two months before his election was an embrace of Bannon’s radical America first views. At the time, long-time Republicans predicted Bannon’s influence would alienate moderate Republican voters and jeopardize his chances of winning the election. However, Breitbart readers embraced Trump and helped him win vital midwestern states that had historically leaned Republican.

Bannon was validated after Trump’s surprise win and was appointed Trump’s chief strategist. Among the achievements of Trump’s tenure credited to Bannon are the travel ban from seven Muslim majority nations in January and the country’s withdrawal from the Paris climate accord, signaling Trump’s increasingly populist platform. Bannon was even selected to join the National Security Council, a move unprecedented for someone with his experience level. Meanwhile, reports began to surface that Jared and Ivanka Trump were not happy with Bannon’s anti-globalist views.

The beginning of Bannon’s downfall started in August 2017. After a march in Charlottesville, Virginia by far-right activists ended in violence on August 12, Trump came under fire after he declared “many sides” were to blame. Critics complained Trump’s words were influenced by Bannon and called for his firing, forcing Trump to publicly declare Bannon was “not a racist” and “we’ll see what happens with Bannon” several days later.

Though Bannon officially left the White House on August 18, allegedly prompted by the new chief of staff General John F. Kelly, he has stayed in frequent contact with President Trump, according to the Washington Post. Though Kelly allegedly has tried to limit Bannon’s contact with the president, he has continued to influence the administration’s policies.

Bannon and Breitbart heavily supported Alabama’s Roy Moore’s candidacy for Senate, even after allegations of sexual misconduct from dozens of women came to light. Trump publicly endorsed Moore as well. But after the Democratic candidate defeated Moore, Bannon’s favor began to wane. Trump hates to lose and a loss of someone he supported reflected badly on him.

Russian participation in the 2016 election has been a thorn in the side of the Trump presidency since the election. Though Trump predicted the administration would soon be cleared of any wrongdoing, the investigation continues as evidence mounts of possible collusion. Trump himself has distanced himself from any members of his team who may have participated. But Bannon, as reported in Wolff’s book, predicted Robert Mueller III had a connection with Russia and called Donald Trump Jr.’s meeting with Russian officials in 2016 “treasonous.” He also called Ivanka Trump, who some refer to as Trump’s real wife, “dumb as a brick.”

Questioning the president’s mental fitness or criticizing his children are Trump’s pressure points. Above all, he values loyalty and sees his children as an extension of himself. Wolff’s book has already caused serious problems for the president’s image, and his trusted advisor’s participation ensures he is scorched earth in Trump’s eyes.

Breitbart has been supported by the billionaire Mercer family, led by daughter Rebekah Mercer. After Bannon’s words in Wolff’s book surfaced, Mercer refused to back Bannon’s participation in Breitbart leaving the website’s financial future uncertain if Bannon stayed.

Bannon eventually announced he was leaving Breitbart. He has been ostracized publicly from the Trump administration and family. He is now the country’s, one he has loved dearly and hoped to change fundamentally, laughingstock. Though other members of Trump’s administration have left in disgrace, Bannon’s departure is the most significant. He supported Trump when no one else did, and his once-promising legacy is ruined.

Trump’s favored use of communication, his tweets, now label Bannon as “Sloppy Steve.” As other former members of Trump’s team can testify, Trump assigning a person a negative nickname is a complete cutting of ties.

Bannon created the “alt-right” movement that ushered in a new stage of American public policy.  The site created among its readers a distrust of the “Establishment” and mainstreamed white nationalism among large swaths of the voting public. Without Bannon, the Republican “establishment” may once again rule.