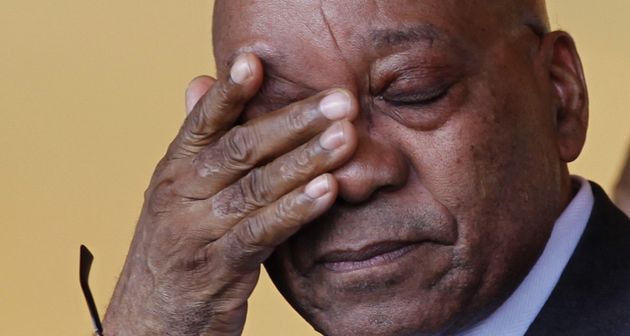 South African President Jacob Zuma removed himself from office on Wednesday after years of failed attempts by the South African Ruling Party. The allegations of corruption around Mr. Zuma were unrelenting, and he was ordered to resign in efforts to circumvent any further leadership crisis’ which has dismantled government business in one of Africa’s largest economies.

The South African Ruling Party stuck with Zuma throughout years of scandal – finally drawing a line in the sand on Tuesday. Since the end of his final term, Mr. Zuma had been in a weak position as head of the ruling ANC party in December of 2017, during which time his rival Cyril Ramaphosa was chosen to lead the party.

Noteworthy damage to Zuma’s political office included claims -the Guptas –a wealthy family from India had gained advantageous state contracts as well as alleged exertion and un-necessary influence on government appointments because of a corrupt relationship with the president.

Mr. Zuma also faces the possible reinstatement regarding the 18 alleged charges of corruption, fraud, and money laundering originating from a 1990s arms deal. “State capture” is a term used in South Africa to define the alleged looting of state enterprises by associates of Zuma. He holds fast in denying any misconduct.

The previously alleged charges had been thrown out by the opposition who fought successfully to get them reinstated. On Tuesday the Democratic Alliance, the main opposition party said they had been informed by the chief prosecutor his staff would issue a recommendation on Feb. 23 whether or not to prosecute Zuma on the old charges.

Zuma sedated the political violence in his home province of KwaZulu-Natal (KZN) was one of Mr. Zuma’s greatest achievements during the run-up to the first democratic election in 1994. He is hugely popular in the region and is credited with delivering votes both from the area and from his Zulu ethnic group.

Zuma’s live interview commentary on state broadcaster SABC indicated he would not follow the ruling party order to leave office by the end of Wednesday; stating — the ruling party leaders have not given him clear reasons for why he should resign, calling his treatment “unfair.”

Zuma had agreed to resign but he expressed the desire to stay in office for several more months. However, the national executive committee decided at a 13-hour meeting that he had to leave at once. This according to Magashule. Zuma alleges he has been “victimized”, disagreeing with the ANC party’s movements to remove him from office.

Zuma, who took office in 2009 and is in his second five-year term, has shied away from public appearances in recent days.

The African National Congress did not act swiftly to end the turmoil within the party, which was the majority movement objecting white minority rule and has thus led South Africa since apartheid ended in the mid-nineties.

Zuma’s defiance of the party’s order could end up in the hands of parliament requiring motion of no confidence, further embarrassing the party once led by Nelson Mandela.

The ANC’s secretary-general, Ace Magashule said he expected Zuma to respond to the directive on Wednesday. Another senior party official suggested Zuma would be unwise to ignore the wishes of the party eager to recover from internal disarray ahead of 2019 elections.

“A disciplined cadre of the ANC, you are given a chance to resign on your own, but if you lack discipline, you will resist,” party chairman Gwede Mantashe said at a rally, according to South African media.

Business leaders embraced the ANC’s decision to remove Zuma, citing the country needed to focus on economic growth along with highlighting social problems such as unemployment.

Bonang Mohale, CEO of Business Leadership South Africa said ANC leaders must act “swiftly, but constitutionally” to oust Zuma so the “work of recovering our future, which was imperiled by his ruinous regime — characterized by incompetence, corruption, state capture and low economic growth — can begin in earnest.” The Business Leadership of South Africa is a group promoting development.

The ANC endorsed Zuma’s replacement Deputy President Cyril Ramaphosa, who was elected party leader in December and has vowed to fight corruption.

Government leaders hope the political drama can be resolved ahead of the national budget release in parliament on Feb. 21, which could favor reassuring South African investors that the country is regaining some organization. Because of the political crisis, Zuma did not give the state of the nation address last week. Subsequently, a Cabinet meeting planned for Wednesday has now been thwarted.

What lies ahead for the ANC is mostly unknown as they have won every election in South Africa since the end of white minority rule in 1994. For South Africans, it is the party that brought them freedom from the brutality and racism of apartheid rule, and this is not a quickly forgotten ideal.
While there is no doubt that the lives of many South Africans have improved, many feel that not enough has changed under ANC rule. South Africa is still one of the uttermost unequal countries in the world — more than half the population live in poverty.