Week In Review: A Wobbly Week For The EU 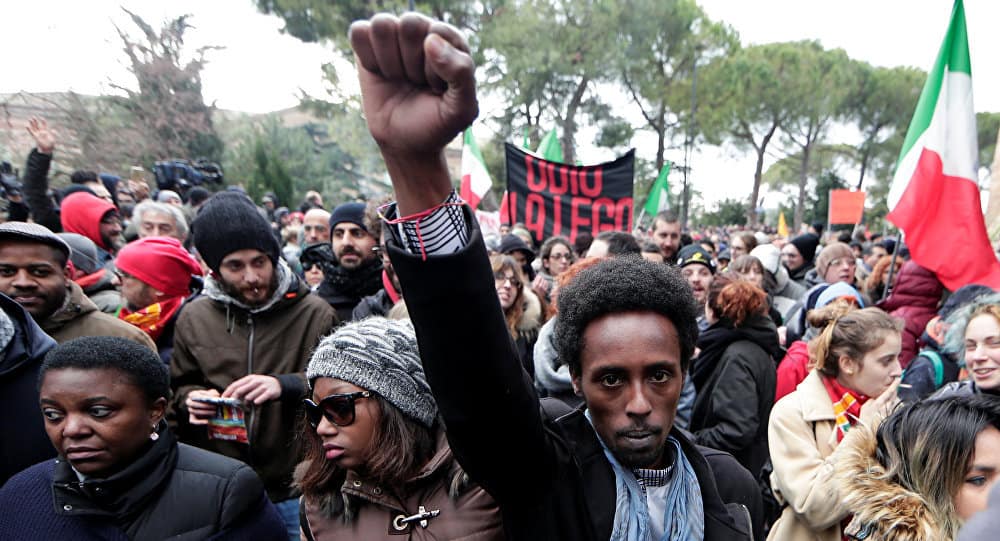 Italy ushered in a new government as the EU grapples with political uncertainties. The anti-establishment Five Star Movement and the anti-immigrant League finally agreed on their policy differences and received a mandate to formulate a new government.

The new government was formulated by the populist parties who garnered the most votes in the March 4 election – an election that promised expansive crackdowns on illegal immigration.

Both parties blame the euro for robbing Italy’s sovereignty; a party formulated on the internet; The Five Star Movement and the League, formerly a northern secessionist movement.

The 5-Star Movement is generally thought of as populist, anti-establishment, environmentalist party but has also been accused of being right wing due to their anti-immigration stance. The five stars are said to represent five key ideas for the party; public water, sustainable transport, sustainable development, right to internet access and environmentalism.

The League or Lega Nord, advocates the transformation of Italy into a federal state, fiscal federalism and most significant regional autonomy, especially for Northern regions. Cultural influence from bordering countries in the North and resentment against illegal immigrant are also a few foundational political ideas.

The Presidential rejection of the newly formulated political party occurred over concerns of the government’s future economics minister, who helped write a guide for withdrawing Italy from the Euro, Europe’s single currency.

The rebuff placed the country back into political disarray and sent global financial markets into uncertainty.

The populists moved quickly on Thursday, retaining the same Prime Minister, Giuseppe Conte and the other key players who managed to shift the questionable finance minister to a less visible post and gained the President’s approval despite his preference for an elected government.

Prime Minister Giuseppe Conte, a relatively unknown, and his ministers were sworn in on Friday.

Presidential approval did not dispel the growing concerns that the populists would remain faithful to the Euro once in power.

“The populist and right-wing government has a program that’s dangerous for the country and the events of recent days confirm our longstanding concerns,” said Maurizio Martina, a leader of the Democratic Party, which will now leave government for the opposition. “Their acts so far have been a mix of extremism, anti-Europe, and iniquity.”

The astonishing accent of the populists leaves both sides of Italy’s traditional political establishment in tatters and single-handedly shocked a European Union certain it had successfully beaten back an anti-establishment and hard-right insurgency last year.

Such a victory for the populist party seems ill-timed for the EU after a corruption scandal led the ousting of Spain’s Prime Minister earlier this week, Britain’s exit from the EU, a weakened German Chancellor, a French President in search of partners. Hungry and Poland are scaling back democracy — all while the U.S. President wages a trade war on European allies.

The recent tumultuous political unrest has gone primarily overlooked as Italy presents perhaps the gravest issue in the EU — the birthplace of fascism and for years the base of Western Europe’s largest communist party. The country has proved again to be a breeding ground for a new political experiment with the emergence of the populist parties.

According to the Associated Press, the pledge of mass deportations was a reminder that Italy has a staunchly anti-immigrant, right-wing party in its governing coalition.

The political pandemonium that has created western Europe’s first populist government has been tagged as the start of Italy’s Third Republic.

Prime Minister of Spain ousted in a vote of no confidence

On Friday, Prime Minister Mariano Rajoy was the first Spanish leader in history to be unseated by a parliamentary revolt, a mark on Spain’s modern history.

Pedro Sánchez, 46, who leads the Spanish Socialist Workers’ Party, took the oath of office as Spain’s seventh Prime Minister before King Felipe VI at the Zarzuela Palace near Madrid.

“I promise by my conscience and honor to faithfully fulfill the obligations of the office of President of the Government with loyalty to the King, and to keep and enforce the Constitution as the fundamental norm of the State,” Sánchez said.

Sánchez will encounter enormous challenges as he assumes office as Spain was torn last year by the Catalan independence crisis, which remains unresolved. 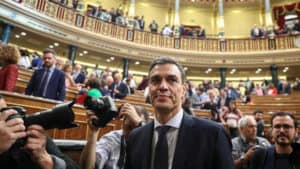 Rajoy’s reign saw a quick turn after last weeks court verdict identified him as a beneficiary of a sizeable kickbacks-for-contract conspiracy, laying a final blow to the Popular Party’s demise.

Twenty-nine Popular Party affiliates were convicted for a barrage of financial misdemeanors -from tax evasion to money laundering. One former party treasurer was jailed for 33 years, and the country’s highest criminal court fined the PP £210,000.

Social issues for the youth and elderly will be main priorities for Sánchez, although he will face challenges from the small parties whose votes he gathered in the no-confidence motion, among them Catalan separatists.

Ending a seven-month take over by the central authorities in Madrid regarding the separatist bid to secede from Spain, a new Catalan Cabinet is scheduled to regain the prosperous region’s self-government on Saturday.

On Friday, Rajoy told reporters he was “aware of the responsibility and the complex political moment of our country, “ making promises to create a consensus among political parties in efforts to “transform and modernize” Spain.

He intends to steer the country through to mid-2020 when the parliamentary term ends.

Kabila positions to run for a third term

The deadline for candidate declarations for the Democratic Republic of Congo’s Dec. 23 poll is nearly 60 days away, but that hasn’t thwarted President Joseph Kabila’s intent to run for an unconstitutional third term.

The People’s Party for Reconstruction and Democracy (PPRD) shows no sign of a successor and commentary from within his inner circle eludes that Kabila may bypass the constitution and run for an unprecedented third term.

Kabila has been in power since the death of his father, Lauren, in 2000 and is officially not allowed to run again. 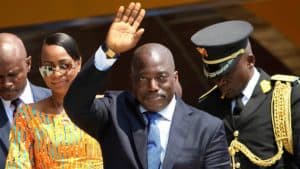 In a country that has never seen a change for peace since it’s independence from Belgium — the political move could ignite chaos in the mineral-rich nation.

“We were with Kabila, we are still with Kabila, and we will still be with Kabila,” PPRD permanent secretary Emmanuel Ramazani Shadari said on May 5 in an address aired on radio.

The legal basis for Kabila’s opportunity to run for re-election stems from his recent appointment of three new judges to the Constitutional Court, two of which are said to be his close allies.

“The legal basis that legislated the 2006 elections was different from the one of the 2011 elections,” legal expert Jean-Cyrus Mirindi, a Kabila ally, told a debating forum in Kinshasa late last month.

Rwanda and Angola fought on opposite sides during a 1998-2003 war, but both are increasingly alarmed at Congo’s slide toward instability.

“Congo … will not let any person, state or interest group … substitute itself for the Congolese people in deciding its future,” government spokesman Mende said on Monday.

U.S. / North Korea Summit Back On

Kim Jong-Chol, the former intelligence chief of North Korea and a top nuclear arms negotiator hand-delivered a letter from Kim. He is the first North Korean official to step inside the White House since 2000, and only the second to meet a sitting American President. The contents of the letter have yet to be revealed.

U.S. intelligence also links the intelligence officer to a high-profile cyber attack on Sony Pictures in 2014.

“We’re meeting with the chairman on June 12, and I think it’s probably going to be a very successful — ultimately, a successful process,” Trump said. He noted that in the meantime, economic sanctions would remain in place. 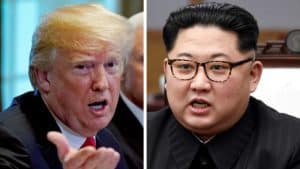 The meeting lasted 90-minutes and took place in the Oval Office.

Secretary of State Mike Pompeo joined Trump for the meeting. Left out were Vice President Mike Pence and John R. Bolton, the national security advisor. Both of the excluded parties had made previous unsavory statements that irritated Kim Jong-Un’s government.

Trump attempted to downplay expectations of a quick resolution in Singapore, speaking with reporters after the meeting on the White House lawn.

“Wouldn’t it be wonderful if we walked out and everything was settled all of a sudden from sitting down for a couple of hours?” Mr. Trump said. “No, I don’t see that happening. But I see over a period of time. And frankly, I said, ‘Take your time.’”

These new comments are the opposite of what he said last week when he demanded the complete dismantling of North Korea’s nuclear weapons arsenal, “over a very short period of time.”

In a move embraced by the private sector, Saudi Arabia named a prominent businessman as labor minister on Saturday. The diversification highlights the Kingdom’s attempt to shift the economy away from oil and promote job creation for a mostly young population.

Under a string of royal decrees, Ahmed bin Suleiman al-Rajhi was named minister of labor and social development, according to royal orders published on the state media website.

Rajhi, a close friend of the Crown Prince and descendant of an Islamic banker billionaire, chairs the Council of Saudi Chambers of Commerce. To adheres to a broader trend of tapping the private sector in order to infuse government posts; including the agriculture, housing, and water ministry positions as well as a senior defense official.

According to economists Rahji’s is expected to create a more friendly business environment, amplify public-private sector communications and help support small and medium enterprises. He is the third minister to hold the labor portfolio since 2015.

A senior labor ministry official told Reuters that the Kingdom aimed to create 1.2 million jobs by 2022 to reduce unemployment to 9 percent. 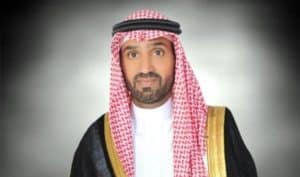 Other royal orders issued by King Salman, the Crown Prince’s father, included laying the framework for state bodies to promote culture and protect the environment, and a cleric noted for moderate views to lead the Islamic affairs agenda as the deeply conservative Muslim country begins to soothe social restriction and promote entertainment.

The new culture ministry is headed by Prince Bader bin Abdullah bin Farhan Al Saud who is from a minor branch of the Saudi royal family. He previously served as the chairman of a media conglomerate that is controlled by King Salman’s branch of the family but resigned to become a minister.

The Crown Prince Mohammad bin Salman known as MBS has pressed for a varying range of economic, cultural and religious reforms and have included removing the power to arrest from the country’s once-feared religious police, opening commercial cinemas and for the first time lifting the ban on woman driving.

He oversees the economic policy for the world’s top oil exporter as the country faces a high unemployment rate of 12.8 percent.

Newly appointed minister of Islamic affairs, Abdullatif Al-Sheikh, a former head of the country’s religious police has expressed ideas in line with Prince Mohammed’s reforms some of which are support for women’s employment, and opposition to gender mixing – both of which are considered liberal by many of the country’s conservative clerics.