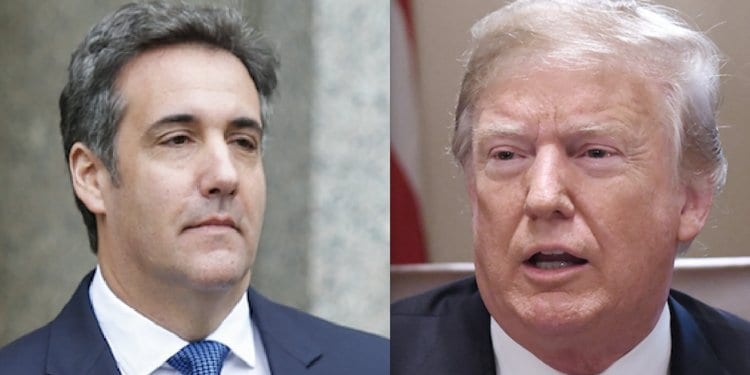 President of the United States, Donald Trump and his legal team waived privilege claims over recorded audio tapes between his former lawyer Michael Cohen and President Trump. From Business Insider:

Special master Barbara Jones wrote in a court filing to US District Judge Kimba Wood that privilege claims were withdrawn over 12 audio tapes seized from Cohen — an action that could’ve been taken by either Cohen, Trump, or the Trump Organization. It’s unclear who appears on those 12 tapes, or if the tape revealed on Friday was among them.

The report continues, “Jones is tasked with overseeing the document review for privilege designations in the ongoing Cohen investigation taking place in the Southern District of New York. Because the parties released their privilege claims over the tapes, they too have been turned over to federal investigators probing Cohen,” she wrote in a document.

The government has seized more than 100 recordings that Cohen made of his conversations with people discussing matters that could relate to Trump and his businesses and with Trump himself talking, according to two people familiar with the recordings. Cohen appeared to make some recordings with an iPhone — without telling anyone he was taping them.

According to their report, Trump’s advisers are debating on fighting the seizing of the tapes through legal means, or release tapes they claim cause Cohen to look ‘unflattering.’

While most of the contents of the tapes are unknown, those with knowledge of them claim they involve conversations between Cohen and Trump, or Cohen discussing Trump’s business matters. CNN released audio from one of the tapes where Cohen and Trump were discussing payment arrangements to ex-Playboy model Karen McDougal whom Trump had an affair with while his current wife Melania Trump was pregnant with their now 12-year-old son Barron Trump.

It is yet to be known how the tapes will be used in ongoing investigations or if Mueller will take advantage of them in his ongoing probe into the Russian government meddling in the 2016 election cycle.

Of note, Cohen invited Rev. Al Sharpton, to meet him for breakfast at the Regency Hotel, where Cohen has been staying throughout this process. “He’s totally turned on him,” Sharpton commented after the engagement, “He clearly wanted me to know he was not Team Trump anymore,” Sharpton continued.