Why Africa Must End Era Of Sit-Tight Leadership 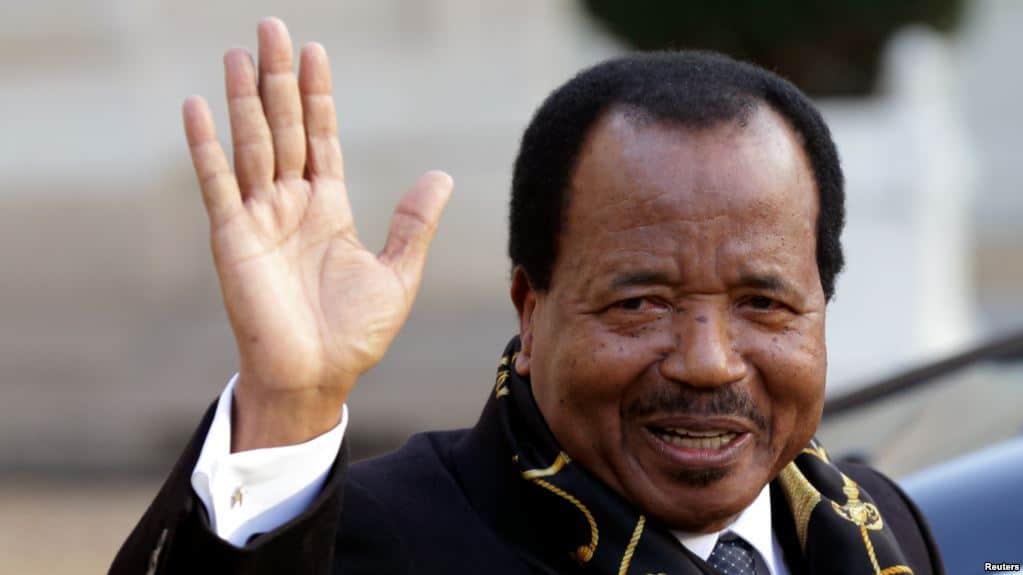 Cameroon Paul Biya is one of the longest serving leaders in the world. He's been serving as Cameroonian president since November 6 1982

Africa’s quest to becoming one of the world’s economic and technological heavy-weights is determinative of many reforms, and among them should be a concerted effort to expunge its sit-tight leaders that have dragged the continent backward for too long.

Last week, Sudanese President Omar al-Bashir’s quest to extend his grip on power got a lifeline with many lawmakers backing the scrapping of presidential term limits- which had hitherto been his stumbling block.

About 294 out of the country’s total of 490 lawmakers, majority of who are members of the ruling National Congress Party (NCP), reportedly threw their weight behind a constitutional amendment granting al-Bashir’s eligibility for reelection for the third term come 2020.

President Bashir, has been in power since 1989 when he emerged through a military coup. He had been elected twice, first in 2010 and then in 2015, according to the country’s constitutional provision of two terms of five years for President.

However, Bashir is seeking to reverse the existing constitutional limit, something that is far more likely than not given the massive support he had enjoyed from the majority of the lawmakers.

Threats from opposition parties who constitute minority members in the parliament to boycott review of the controversial electoral laws and even the 2020 elections look dead on arrival, given Bashir’s ruling NCP controls the majority members of the parliament.

NCP parliamentary group chairman Abdul Rahman Mohamed Ali told journalists that the 294 members had proposed to abolish the presidential limit to pave the way for a possible extension of President Bashir’s reign.

“The 294 parliamentarians, representing 33 political parties, agreed to submit this proposal to the parliament Speaker in order to open up the presidential tenure, so we suggested the change to Article 58 of the constitution, which allows only two presidential terms,” the NCP official had been quoted as saying.

“We believe that the only person who can guarantee the stability of the country is President Bashir,” he stressed.

“We also agreed to change Article 178, which gives the president the power to dismiss the governors of the states,” he added.

Parliament Speaker Ibrahim Ahmed Omer welcomed the initiative, promising that the proposal would be endorsed in accordance with the House regulations.

“We have received the letter from the members, whose contents include the proposed change to articles 58 and 178,” Omer said.

“Those two articles are very crucial for the political future of the country, so we will put them in front of the legislatures to be discussed according to the regulations of the assembly,” he added.

In what seemed like a related development, Zambia’s Constitutional Court declared President Edgar Lungu eligible to contest for the country’s 2021 elections. Lungu’s decision to seek another term had until, last week Friday when the Court delivered its ruling remained a heated issue.

While the President’s supporters contend that Lungu is eligible to run for the Presidency again in 2021, critics believe he is not. President Lungu was elected in 2015 after the death of Michael Sata in October 2014- with the country’s elections already billed for 2016.

The Constitutional Court ruled that Lungu did not serve full term between 2015 and 2016, a move that makes him eligible to contest the 2021 polls. The country’s constitution holds anyone who has served a two-term of five years each not eligible for a third term as president.

But critics have faulted the Court’s ruling, noting that Lungu had already served his two-term as stipulated by the constitution. President Lungu had consistently announced that his decision to seek another term in office was based on the short nature of his first tenure which was less than three years as against five years demanded by the constitution.

It is unarguable that sit-tight syndrome in Africa’s leadership landscape has done the continent more harm than good. In the recent times, the continent has had to grapple with leaders who either overtly or covertly amended existing laws or proscribe certain limits, perceived as a cog in the wheel of their determination to hang on to power.

The case of Uganda’s President Yoweri Museveni easily comes to the mind, though the continent has another handful of such leaders. Museveni has been in power for over three decades since 1986- one of the longest-serving presidents in Africa.

In spite of the huffs and puffs of oppositions to prevent him from further extending his grip on power 32 years after, a recent ruling by Ugandan constitutional court that favors a constitutional amendment to scrap presidential age limit pegged at 75, means the president is likely to rule for life.

The continent’s continued baleful, retrogressive history of sit-tight leaders, is no doubt, anti-development; though its puzzling why they have been given such atmosphere to grow.

Some critics may have consistently argued that youthful governance, as presently being clamored for in the continent is no quick fix to Africa’s challenges.

Yet, it is obfuscating why the continent has stuck to those who are far more advanced in years but are increasingly proving unworthy of strategic positions needed to change Africa’s development narrative.

Ethiopia’s Abiy Ahmed is a glaring testimony that effective and result-oriented leadership is not based on the length of period accumulated in power.

Africa is dire need of pragmatic, innovative and leaders who can think out of the box to address its many challenges.

Therefore,  getting rid of its long history of sit-tight leaders, who have over time proven unprofitable and generally inimical to the socio-economic development of the continent is a challenge it can no longer shirk from.