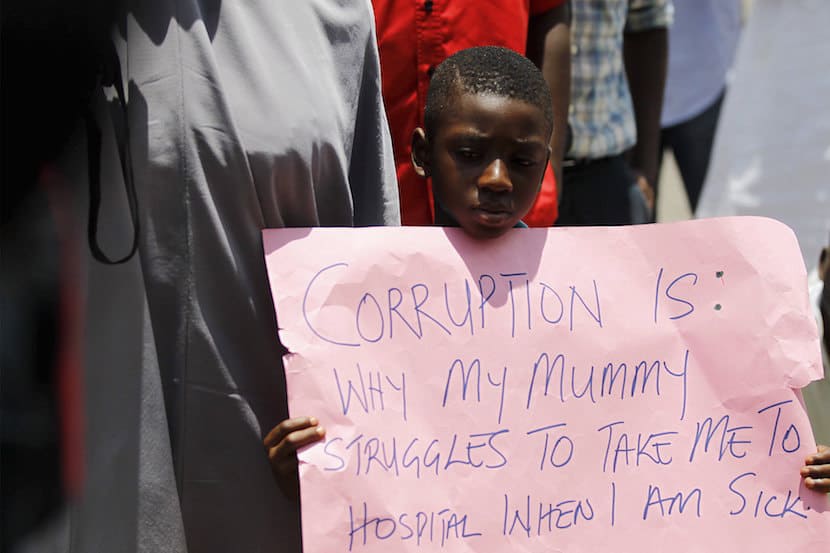 Brown envelope journalism in Nigeria is becoming more prevalent as journalist who are often underpaid get paid by crooked politicians to have them in their pockets. Image credit/ REUTERS/Afolabi Sotunde

There is no commonly agreed history as to the origin of News; news itself might have come with man, or even older than that. However, the values of news have not changed — timeliness, objectivity, factuality, and recency — still remain huge and integral aspects of information transfer and understanding. These values embody news and define the quality and receptive importance of particular disseminated information. Any piece of news that negates those values, offends basic journalism audience sensibilities. Journalism itself, as erroneous as it has been adjudged to be, is still a respectable profession, one that stands tall amongst world’s most powerful occupations.

The age-old maxim that the pen is mightier than the sword, has a strong attachment to the revolutionary journalism; that aspect of news reporting that exposes evil deeds and sets a course of social change. However, that type of journalism is one that demands courage, defies unethical blockage and douses every flame of substandardness. Sadly, those are some values that have eluded the modern day journalist in Nigeria, in the face of quality and stain-free reportage.

Brown envelop journalism, a newsroom coinage that describes the unethical fashion of news reporting has maintained a huge dominance over modern media setups. It is more of a term that has been adopted into the system and renamed in different formats, to either look professionally acceptable or to suit the conscience of its patrons. Thus it is common for a journalist to be contracted and told to write a report in favor of a particular individual, for a negotiated sum. Such contract reports are, of course, ridden with propaganda, half-truths and calumny, and in some cases, name-praising and sycophancy.

In a deteriorated political environment like Nigeria’s, a media outfit could also be paid to write against an opposition, smear a stubborn candidate or de-market a particular political group. This dirty journalism often comes with its backlash, in that the contract journalists and their outfits are mostly not taken seriously by the ever-pedantic audience.
Most culprits of these unethical games have often come up with the weak defense that the radical media will soon fold up due to lack of adverts and sponsorships from the corrupt government, unscrupulous business groups and politicians, whom they see as their major financial backbones, thereby availing them the leeway to manipulate their journalism tools.

But the successful journalist has always been the one whose works bring the corrupt elements to their feet. In the mind’s back of this journalist is the passion to get answers, without getting his palms dented. Most journalists have often been found wanting when it comes to delivering the best reportorial services. In fact, those who patronize these professional crimes have always dismissed the act as part of the process. That is a disastrous scenario.

Result-based journalism; the type that indicts evil, uncovers heinous acts, and tells the human interest stories, seems to have been left for those with a mammoth passion for the good work. Thus most modern day journalists do not care about how to go about the veracity of a disjointed story or the extent to which their reports satisfies the audience. Works that dishonor gratification tend to be a punishment from bosses and instructors.

The origin of brown envelope journalism could be traced to the periods when the news became a stock, a service in wait for the richest bidder. Today, the values of news have been trashed to suit the lowest standards of disseminating ideas and events. The media proprietors have also been accused of engineering these unworthy principles to remain financially aboard, while the journalists caught in this messy circumstance have declared themselves as helplessly trapped in the sour cocktail of being coerced to do what their heart detests or risk losing the only job that puts food on their table. And in a country where medium scale jobs are one of the scarcest commodities, the erring journalists are left to savor these bureaucratic messes.

There have been times when journalists are employed, given identity cards bearing the organizations’ names, and told to go into the field and hustle for stories and their salaries. In the same sad situation, you would come across journalists who say that “their pensions are on the streets.” So it is a common scene to see reporters jostling and whirling around wealthy people or public office holders to get interviews, leaving behind the real people whom the events pertain to.

The end result of such haphazard reports is that diverse opinions are barely represented, while the real stuff is traded out so cheaply.
The art of news reporting is a very delicate process; an enterprise that respects every standard of clarity, fairness, sex, religion, ethnic classification and precision. The intensity of the profession has made it a designate of people with strong passion, and not money-thirsty individuals seeking crooked ways to fill up their insatiable appetites and stuff up their greedy pockets.

Media owners, in the least of sympathy and support, must encourage their employees through prompt and adequate financial packages. Days, when journalists are seen as stray dogs on the streets of uncertainty, scavenging for even the most unorthodox means of survival, must be abolished. Journalists who have cut out real passion for the job must be supported and shown real value. Just as the advocacy for training and retraining of media workers on the moral and professionally acceptable basics of the job is advisable, journalists themselves must show respect for the revered occupation and stick to its sacred tenets.

The trend of buying and selling of news is as dangerous as it is tainting. What is most sickening is that young journalists have been indoctrinated into the dirty process that has been viewed as an acceptable newsroom culture. Thus it is a common scene to see journalists squabbling and swearing at one another over post-interview money from the same public officials they ought to be checkmating, on the field of an official assignment, in the presence of whoever cares to watch.

It is then left for all stakeholders to ensure that the procedures leading to news production are sanitized in a manner that will put the profession back to its enviable place. Bold and crucial steps must be adopted to see that the damage-mongers of the profession are kicked out for good. The Nigeria Union of Journalists, NUJ, and similar professional bodies must be restructured to understand their cardinal responsibilities to the occupation and its practitioners. Journalism development in Nigeria is not a negotiable crusade, but the cleansing must come from within the heart; the love for the job.