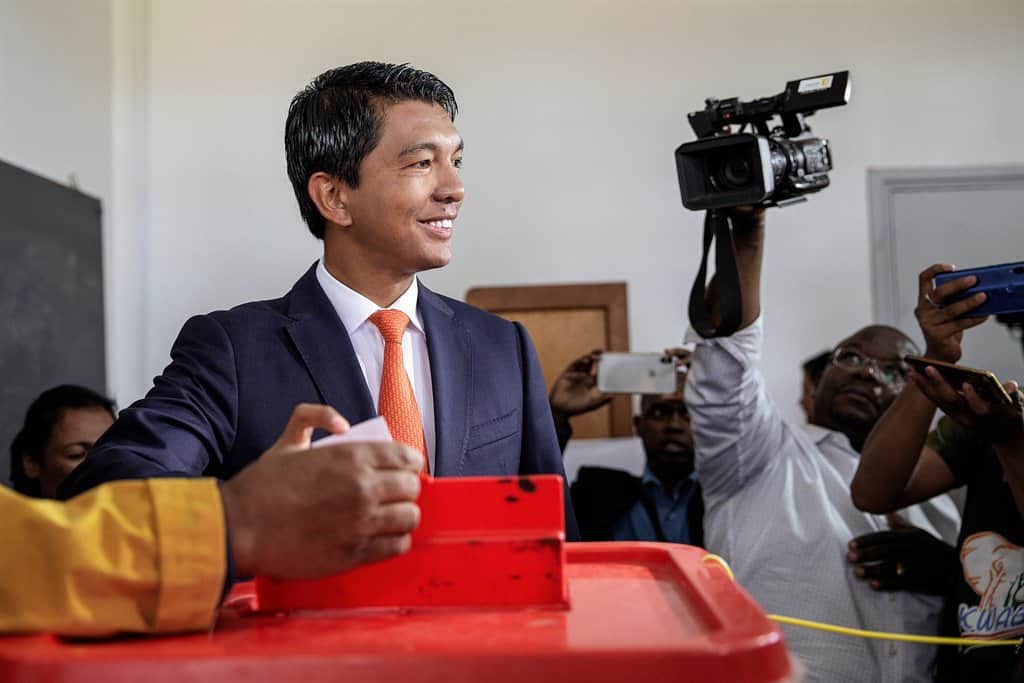 Madagascar’s Constitutional Court on Tuesday declared Andry Rajoelina, 44, as the eventual winner of the keenly contested presidential election held on November 7. The Court’s announcement came after it reviewed a petition of electoral fraud filed against Rajoelina’s victory at the December 19 run-off election by his main rival and predecessor Marc Ravalomanana, 69.

The country’s electoral commission had last week announced results of the December 19 run-off election which announced Rajoelina winner with 55 percent of the total votes to defeat Ravalomanana, who got 43.34.

But Ravalomanana had protested the election results announced by the electoral commission, alleging massive fraud in the process that produced Rajoelina winner. Consequently, he had petitioned the country’s Constitutional Court, hoping to nullify Rajoelina’s victory.

In a statement last week Friday, Ravalomanana’s party alleged that “several hundred grave anomalies have been identified” and mentioning among other examples, ballot box stuffing and use of non-compliant voting materials.

His followers were seen thronging the streets daily to express dissatisfaction with the election results, pending the ruling of the Constitutional Court- slated for January 7.

The disagreements over the election results and protests by the opposition, which were captured by CARACAL REPORTS, had been raising fears of another post-election crisis which seemed to have become the country’s trademark during a power transition.

However, after reviewing the fraud allegations raised by second-placed Ravalomanana, the Constitutional Court on Tuesday upheld results of the electoral commission which announced Rajoelina winner of the election.

Many will be hoping that the court’s ruling, which is final, would put the lingering debate over the winner of the run-off election to bed. Newly elected President, Rajoelina, has hailed the Tuesday’s ruling, observing that it signposts victory for citizens of the country.

“The victory is not only mine. It is also the victory of Malagasy people,” Rajoelina told supporters at his Young Malagasies Determined party’s headquarters on Tuesday.

With Tuesday’s Constitutional Court ruling which all but cemented Rajoelina’s victory, the spotlight will be on his ability to chart a new course for a country at crossroads. Rajoelina spent big during campaigns for votes while he also churned out lofty dreams for the people if elected.

Analysts believe while his campaign strengths may have won him the presidential election, they could yet mar his government, should he fail to actualize his promises in the long run.

Swathes of the country’s population live in extreme poverty, with 76 percent of its total population living on less than  $2 a day according to a World Bank report.