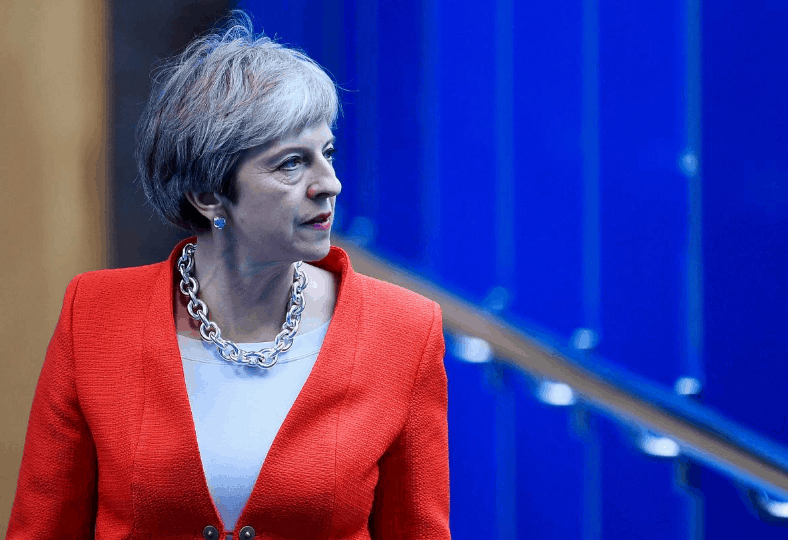 May tearfully shared her “deep regret” that she was not able to secure a deal for Brexit, in spite of her repeated efforts to do so. She shared that she was “the second female prime minister, but certainly not the last.”

She will carry on in the role until a new prime minister is elected, which is anticipated to happen by the end of July. Five candidates have already announced their intention to run, including former foreign secretary Boris Johnson.

The focus of the election will likely be on delivering Brexit.

President Trump has once again declared a national emergency to bypass lack of Congressional support, this time for a weapons deal with Saudi Arabia worth an approximated $8 billion.

Trump cited escalating tensions with Iran as his reason for declaring an emergency and making a decision to move forward with the sale.

Secretary of State Mike Pompeo told Congress in a letter that “immediate sale” was necessary due to Iranian activity, which he alleged was threatening “the stability of the Middle East” and “American security at home and abroad.”

The deal was anticipated to face strong opposition due to concerns that some of the weapons could be used against vulnerable and suffering citizens in Yemen.

Others distrust Saudi Arabia due to the murder of Jamal Khashoggi, which is widely believed to have been orchestrated by the Saudi crown prince.

A reported 1,500 troops will be deployed to the area in the near future.

Iranian Foreign Minister Mohammad Javad Zarif condemned the decision,  saying, “Increased US presence in our region is extremely dangerous and a threat against international peace and security and it must be addressed.”

Explosion in France Injures At Least 13

A bomb blast in Lyon, France which injured at least 13 people on Friday is being investigated as a “terrorist conspiracy.”

The explosion occurred in a central shopping area and sent 11 people to the hospital, mostly due to injuries from metal and glass shards.

Video footage showed a suspect drop a paper bag a minute before the blast, but no one has claimed responsibility for the attack, so far.

The were believed to be part of a military training effort on the part of Moscow in preparation for a potential crisis.

NORAD said, “the Russian bombers and fighters remained in international airspace and at no time did the aircraft enter the States or Canadian sovereign airspace.”

Three former Soviet military bases along Russia’s Arctic coastline have been reopened by President Vladimir Putin over the past three years.

After years of escalating tensions between the U.S. and Russia on a range of issues — including opposing positions on the Syrian war and the crisis in Venezuela — interceptions of this kind have become more common.

A deal has been reached between President Trump and the House Intelligence and Financial Services Committees regarding requests for Trump’s financial records.

President Trump, his children, and the Trump Organization made attempts to stop the subpoenas but their efforts were inevitably rejected by a federal judge.

Records were requested from Capital One and Deutsche Bank — with whom Trump has banked for decades. His 2019 financial disclosure form revealed he owes Deutsche Bank more than $130 million through various entities.

A legal motion filed on Saturday requests a stay on the financial subpoenas while the initial decision to allow release of the records is appealed by Trump and his team.

U.S. District Judge Haywood Gilliam Jr. has blocked President Trump from beginning construction on two high-priority sections of border wall with money which was secured without Congressional approval through a previous declaration of national emergency.

Gilliam was charged with deciding whether the administration could begin construction with Defense and Treasury funds while several lawsuits regarding the wall are being considered.

In February, Trump declared a national emergency after a 35-day government shutdown over border wall funding. Congress allowed Trump $1.375 billion, but he used his declaration to redirect billions more for a total of over $8 billion in federal funds dedicated to construction of the wall.

The judge wrote in his opinion that “Congress’s ‘absolute’ control over federal expenditure — even when that control may frustrate the desires of the Executive Branch regarding initiatives it views as important — is not a bug in our constitutional system. It is a feature of that system, and an essential one.”

The order may prove to only be a temporary stall. Once the lawsuits are settled, construction on those sections may eventually continue.