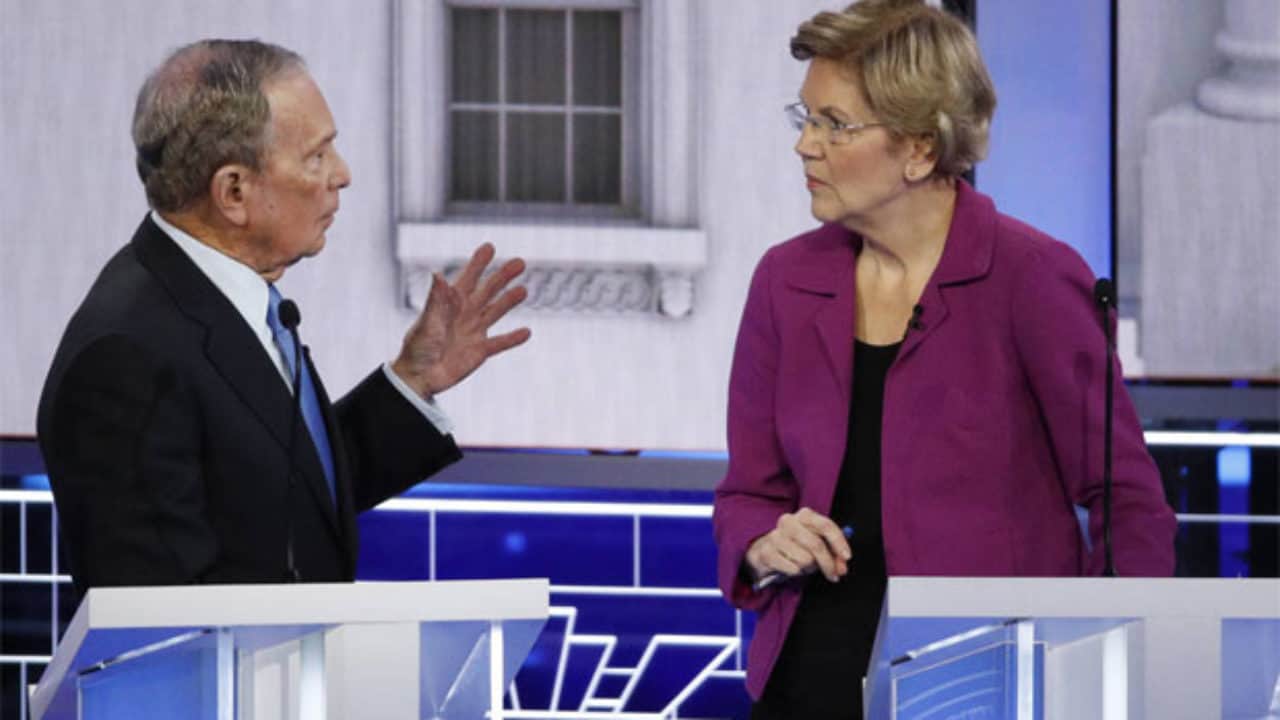 Senator Elizabeth Warren dominated the debate stage in Nevada, setting the tone within minutes for a night of firey exchanges. She directed her attacks Wednesday night at Mike Bloomberg, a newcomer to the debate stage. Bloomberg is not on the ballot in Nevada, but has been buying up ads in many Super Tuesday states. The DNC changed the rules on individual donor requirements to let Bloomberg in. Meanwhile, many candidates who did have enough grassroots support were excluded due to polling requirements.

The presence of Bloomberg provided a clear target for Warren, who has been unwilling to attack her fellow Democrats so harshly. Warren made her name in the Senate for her ability to hold bankers and CEOs to account. At the debate, she reminded viewers of why she’s running in the first place.

In multiple viral moments, Warren called out Bloomberg’s history of sexism and racism. “I’d like to talk about who we’re running against,” she said, “A billionaire who calls women ‘fat broads’ and ‘horsey-faced lesbians.’ And no I’m not talking about Donald Trump. I’m talking about Mayor Bloomberg.”

She also demanded that Bloomberg release women who have accused his company of sexual harassment from non-disclosure agreements. Bloomberg deflected, claiming that he had many women in prominent roles in his companies. “I hope you heard what his defense was,” Warren replied, “‘I’ve been nice to some women.’ That just doesn’t cut it.”

Warren argued that the former New York mayor’s past was a liability for the party.

“This is not just a question of the mayor’s character. This is also a question about electability. We are not going to beat Donald Trump with a man who has who knows how many nondisclosure agreements and the drip, drip, drip of stories of women saying they have been harassed and discriminated against. That’s not what we do as Democrats.”

Warren took home her biggest night of fundraising yet after the debate, raising over $2.8 million total–$425,000 during just the first 30 minutes of the debate. She was also the most tweeted about candidate during the debate.

Pete and Amy at Eachother’s Throats

Senator Amy Klobuchar has had a hard time masking her dislike of Mayor Pete Buttigieg during the course of the race. The two finally came to blows over a campaign gaffe from last week, when Klobuchar forgot the name of Mexican President, Andrés Manuel López Obrador. López Obrador assumed office in January. Klobuchar drew fire from moderator Vanessa Hauc, Telemundo journalist and Columbian immigrant.

“I don’t think that that momentary forgetfulness actually reflects what I know about Mexico and how much I care about it,” Klobuchar stated.

“Are you trying to say that I’m dumb?” Klobuchar asked, “Or are you mocking me here, Pete?”

Warren jumped in, defending her fellow Senator in the midst of the harsh attacks. “Let’s just be clear. Missing a name all by itself does not indicate that you do not understand what’s going on. And I just think this is unfair.”

The moment made both Mayor Pete and Senator Klobuchar both look petty, while Warren emerged a leader. The moderator has also been criticized for her role in stoking the flame between the two.

The most viral moment in the debate was an attack from Bloomberg, criticizing Sanders for apparent hypocrisy. “What a wonderful country we have,” he remarked, “The best known socialist in the country happens to be a millionaire with three houses. What did I miss here?”

2011 disclosures indicate that Bloomberg, one of the richest men in the country, owns eleven homes.

Bloomberg also attacked Sanders for his stance on Democratic socialism, referring to it as communism, a common Republican talking point. “We’re not going to throw out capitalism. We tried. Other countries tried that. It was called communism, and it just didn’t work.”

Sanders was quick to reply that countries with Democratic socialism have a much higher quality of life than in the US. “Let’s talk about democratic socialism. Not communism, Mr. Bloomberg. That’s a cheap shot. Let’s talk about what goes on in countries like Denmark, where Pete correctly pointed out they have a much higher quality of life in many respects than we do. What are we talking about?”

Denmark has universal healthcare, which stands in contrast to Mayor Pete’s proposal of “Medicare for all who want it”. The country is currently rated the highest on the Quality of Life Index, followed by Finland and Switzerland. The United States is rated 14th. The moment resulted in Denmark trending on Twitter during the debate, an odd winner among all the blows.

Next Up: Nevada Caucus on Saturday

The country will be looking to the Nevada caucus on Saturday to see if the Las Vegas debate has shifted the dynamics. While Sanders and Buttigieg performed well in early states of Iowa and New Hampshire, those states are not representative of the diversity of the Democratic party as a whole.

Sanders currently leads in ten out of ten national polls released since Monday. Bloomberg and Biden are roughly tied for second, although Biden’s support has been declining while Bloomberg’s rises. Bloomberg is not on the ballot until after the early primary states, so it unclear what impact, if any, his poor performance in Las Vegas will have.