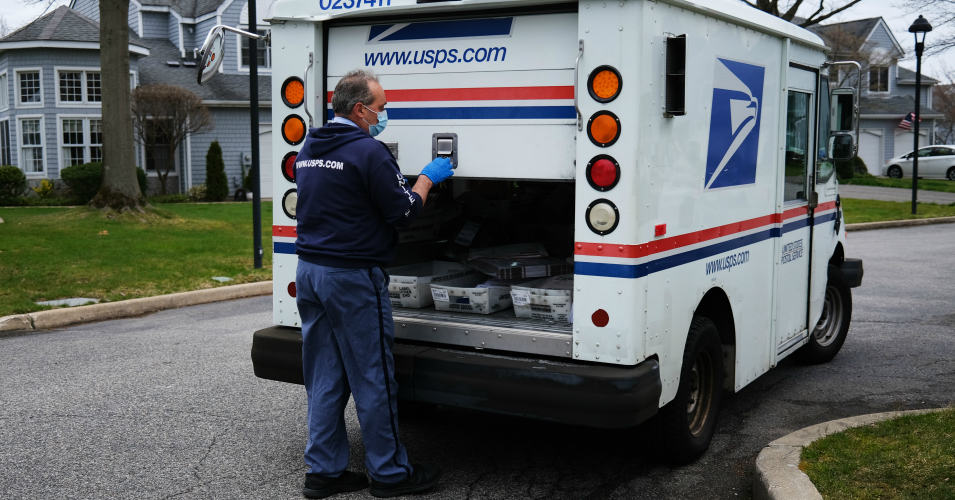 After months of growing attention and concern from lawmakers and the public, the United States Postal Service (USPS) has continued to cut back services and complicate the upcoming election.

In May, President Donald Trump appointed Louis DeJoy as the new Postmaster General. DeJoy, a Trump campaign donor and ally, has taken several steps to “reorganize” the Postal Service since assuming the role. USPS operations have taken a turn for the worse ever since.

In addition to reports of delays in mail deliveries, there has been growing concern about how changes to the Postal Service will impact the 2020 election. Any doubt about the motives of this shakeup was erased this month when Trump explicitly stated he would not support additional funding for the USPS since it would improve vote-by-mail measures.

DeJoy officially assumed his current role in June. Over the next two months, the Postal Service implemented several changes meant to improve its business model. Critics have faulted these changes for a decline in the quality of service.

The supposed improvements to USPS operations included stricter rules for carriers regarding their departure times and eliminating overtime for postal workers. The moves were meant to improve the Postal Service’s financial standing.

Prior to the pandemic, the USPS was in the midst of a structural budget deficit thanks to climbing costs of doing business and onerous requirements regarding payments for employee benefits. This spring, it announced it would likely be insolvent by September if it did not receive relief funds shortly.

As a solution, Congress included $10 billion for the USPS in the $2 trillion CARES Act over President Trump’s objections. However, that money has yet to be used; the USPS has largely disagreed with the strict terms for using these funds imposed by the U.S. Treasury. All the while, Postal Service revenues have continued to drop as first-class and marketing mail has declined.

While DeJoy’s changes may pad the bottom line for an organization that is struggling financially, it has also affected the USPS’s workforce. Mark Dimondstein, the American Postal Workers Union president, told CNN in July that postal workers have viewed the changes as “demoralizing and upsetting.”

Things have only grown worse in August. Across the country, reports find the USPS has been removing a significant portion of its mail drop boxes and sorting machines. DeJoy has also shuffled upper USPS management, effectively diluting the institutional knowledge that would otherwise be welcome at such a time. Members of Congress called for investigations into the new practices; the Postal Service’s Inspector General has begun doing so this month. This all serves as a backdrop for the upcoming election.

The nature of the coronavirus imperiled traditional voting methods earlier this year. Primary elections in states like Wisconsin, Pennsylvania, and Georgia recently highlighted the impracticality of voting in person as well as what some states need to do in order to make voting remotely more accessible.

The success of widespread voting by mail hinges heavily on a functioning Postal Service, yet the USPS has already signaled it will not be as reliable as hoped. In July, governments for 46 states and Washington, D.C., have received letters from the USPS explaining it could not promise all shipped ballots would arrive in time to be counted in November. The letters cited growing demands for ballots and the recent slowdown in deliveries as reasons for this concern.

States have been scrambling to address these concerns on their end. In Pennsylvania, election officials have filed a motion to extend the deadline for mail-in ballots with the state Supreme Court for three days after Election Day. Pennsylvania is one of a handful of states that could prove crucial to election chances for Trump and his opponent, former Vice President Joe Biden.

There was initially widespread speculation that the changes within the USPS were part of a concerted effort to delegitimize the election. Then, President Trump stated explicitly that this was the case, first at a press conference in which he said he would only support relief funds for the Postal Service as long as it wasn’t used for mail-in voting operations.

Later, Trump, who is lagging behind Biden in several national polls, repeated this objection in an interview on Fox:

“Now, they need that money in order to make the Post Office work, so it can take all of these millions and millions of ballots. Now, if we don’t make a deal, that means they don’t get the money. That means they can’t have universal mail-in voting, they just can’t have it.”

Trump has vocally opposed voting by mail for months, calling it “a scam” and the source of “the scandal of our times.” In reality, previous instances of voting by mail have been overwhelmingly free fraud. Election experts have also largely debunked the possibility of wide-scale fraud if the country were to rely more on voting by mail.

Trump has also received a round of scathing rebukes, most notably from his predecessor Barack Obama. In an interview with his former campaign manager, Obama called Trump’s obstruction “unique to modern history.”

Some states and cities are seeing record numbers in vote-by-mail applications. Additionally, the President and the First Lady Melania Trump have requested mail-in ballots despite Trump’s rhetoric. Meanwhile, Postmaster General DeJoy is currently under scrutiny for something else: his purchase of stocks in Amazon, which is quickly becoming one of the USPS’s biggest competitors.