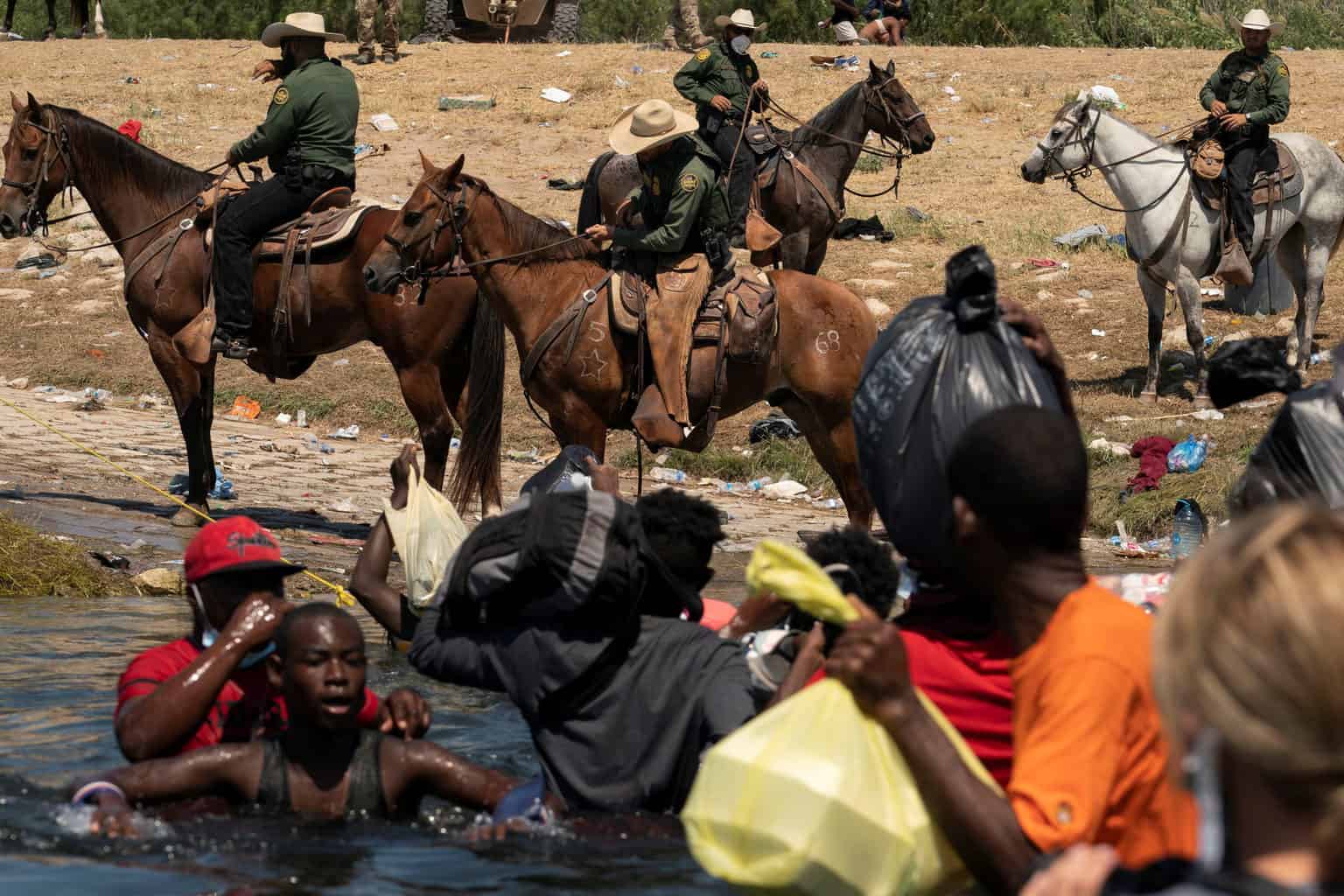 On Monday, the United States began mass deportations of Haitian Migrants outside Del Rio, a Texas border town, home to an encampment of over 12,000 asylum seekers.

Startling images of the desperate conditions at the camp and horse-riding border guards whipping Haitian migrants have centered pressure on the Biden administration to intervene.

While the White House condemned the use of the “whip-like cord”  against the migrants, Biden administration officials defended the heavy-handed work of the US Border Patrol.

Secretary of the Department of Homeland Security Alejandro Mayorkas responded to the news by saying, “if you come to the United States illegally, you will be returned. Your journey will not succeed, and you will be endangering your life and your family’s life.”

While much of the media classifies the 12,000 people in the Texas border town as migrants, many seek asylum, and journalists have reported that US officials have sent them back without hearing their cases.

The United Nations High Commissioner for Refugees (UNHCR) expressed concern about the US’s expulsions of the Haitians. The UNCHR said border officials had to properly assess the asylum seekers’ fears of danger in their home country.

Filippo Grandi, the head of the UNCHR, said the United States is in violation of international law if it does not process asylum claims before conducting deportations.

The United States has a long history with Haiti, including a 19-year occupation starting in 1915. In more recent decades, the US government had an on-again-off-again relationship with the Duvalier family dictatorship, which brutally ruled over Haiti for 30 years until 1986. The US sent money, weapons, and troops to Papa Doc Duvalier after widespread human rights abuses were well-known.

Haiti has a storied history as the only slave revolt that resulted in the founding of a nation free from slavery. But the Black nation was immediately forced to pay its former colonizer France for the losses incurred by the end of slavery.

Hampered by colonial-era debt, US-supported dictatorships, and exploitation by foreign capital, Haiti is the poorest country in the Western Hemisphere.

The natural disaster in August has spurred Haitian migration to Mexico and the United States. But the high number of Haitian refugees throughout the Americas has been a steady flow since the even more devasting 2010 earthquake, which killed 250,000 people.

In the aftermath of that event, a UN peacekeeping camp was the source of a cholera outbreak that killed more than 10,000 people.

Under this backdrop, hundreds of thousands of people have fled Haiti seeking a better and safer life.

And when they reach America after a long and dangerous journey, they are met with inhumane camp conditions and border guards with whips.

Concentration camps on the border and “Abolish ICE” became rallying cries during the Trump presidency as immigration activists and progressives attempted to pressure the administration into changing the harsh policies of ICE. While the mainstream media paid slightly more attention than usual, nothing changed for the thousands of adults and children held in horrific conditions on the border.

With the inauguration of Democrat President Biden, many believed the conditions on the border would improve. While the Biden White House has worked to identify and reunify the nearly 4,000 children stolen from their parents at the border, dire conditions are still commonplace for refugees, asylum seekers, and migrants.

President Biden vowed to close one of the worst migrant camps controlled by the US in Mexico, and his administration followed through on that promise. However, an even more dangerous camp was erected in its place as the White House reimplemented the Trump-era Remain in Mexico policy.

This policy, combined with coronavirus-related policies, makes it extremely difficult for asylum seekers to enter the United States legally. As a result, border camps have proliferated like those in Del Rio, Texas.

American hostility to immigrants and refugees is not new. Still, the dire conditions that many Haitians face are amplified by racism and a less powerful political bloc than other immigrant groups in the United States.

Under President Trump, the squalid conditions in border camps were shown as a deterrence mechanism and a bone to anti-immigrant sentiments within the Republican Party. While President Biden and the Democrats are more bashful to display violence against immigrants, the words of Secretary Mayorkas tell the whole story. Despite the change in Presidency, the United States is still hell-bent on deterring immigration into the country. Instead, it encourages the growth of tent cities in Mexico and American border towns.