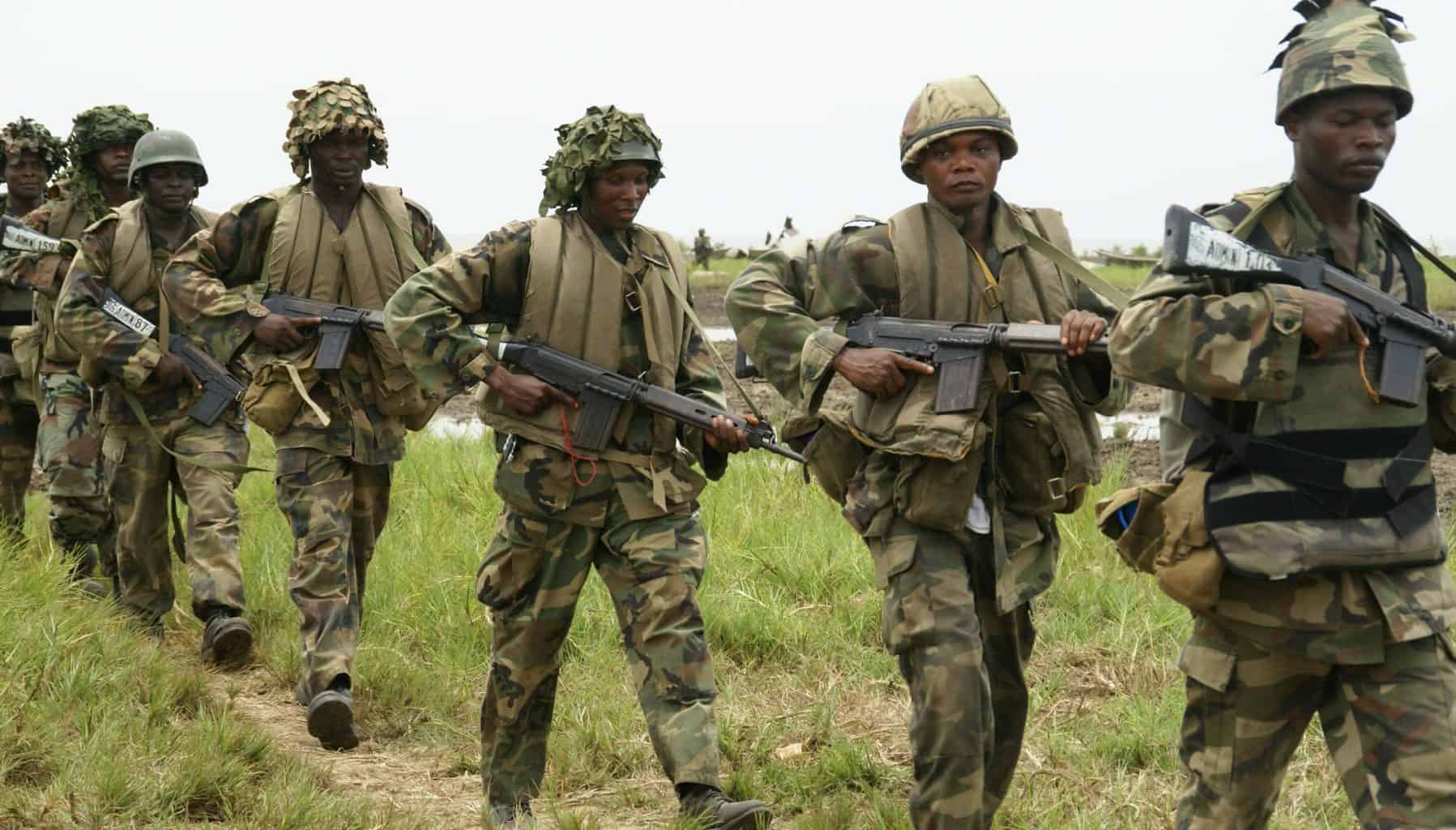 In seven months, between May 2021 and January 2022, 950 Boko Haram and Islamic State in West Africa Province (ISWAP) insurgents, and 537 bandits were killed by Nigerian troops. The Defence Headquarters (DHQ) disclosed this at a press briefing on Thursday.

The Acting Director of Defence Media Operations, Benard Onyeuko, in a statement he made available to newsmen at the press briefing, said that the insurgents and bandits were killed in the ongoing operations Hadin Kai and Hadarin Daji across the North-East and North-West.

He noted that within the timeframe, troops conducted a series of land, maritime and air operations in the various theatres.

Onyeuko said that operations within the period saw the killing of several high-profile insurgents and bandits.

He said, ‘Within the period under review, own troops operational activities in Operation HADIN KAI theatre resulted in the neutralization of 950 terrorists including their high profile Commanders and Amirs.

‘Also, a total of 79 terrorists were arrested and 113 kidnapped civilians were rescued by the troops of Operation HADIN KAI within the period. In the same vein, a total of 195 assorted arms including AK-47 rifles, GPMGs, PKT guns and locally fabricated guns were recovered from terrorist elements in the course of the operations. In addition, a total of 2,385 rounds of different calibres of ammunition and 253 rustled livestock were recovered, while a total of 14 gun trucks of the terrorists were destroyed in the course of the operations, while 16 gun trucks were captured by own troops within the period.

‘Furthermore, a total of 24,059 terrorists and their families comprising 5,326 adult males, 7,550 adult females and 11,183 children have so far surrendered to own troops in the North East. All surrendered elements have been properly profiled and handed over to appropriate authorities for necessary actions.

‘In Operation HADARIN DAJI, the operational efforts of our gallant troops yielded appreciable results between 20 May 2021 and 6 January 2022. A total of 537 armed bandits and other criminal elements were neutralized in action by own troops, while 374 criminal elements including armed bandits and their collaborators as well as armed herdsman and robbers were arrested. Furthermore, 227 assorted arms, including AK-47 rifles, PKT machine guns and GPMGs as well as 4,443 rounds of different calibres of ammunition and 3,250 rustled livestock among other items and vehicles were recovered within the period.

‘Similarly, a total of 238 motorcycles and 118 extra rifle magazines were recovered, while 452 kidnapped civilians were rescued by own troops in the course of the operations. This is in addition to several other feats recorded during air offensives executed on bandits’ enclaves by the Air Component.’

Onyeuko pointed concurrent airstrikes executed on bandits’ enclaves at Gusami Forest and West Tsamre village in Birnin Magaji LGA of Zamfara state, which led to the killings of scores of armed bandits, as among notable air offensives against the criminals

He said that the feats were recorded in the early hours of January 3, 2022, on the heels of credible intelligence, which revealed the locations of two key bandits’ leaders, ‘the notorious Alhaji Auta and Kachalla Ruga’.

‘Consequently, a force package of NAF platforms were dispatched to take out the enclaves, which resulted in the neutralization of the leaders as well as their cohorts,’ he said.

He added that hundreds of ‘criminal elements’ were also neutralised and arrested across other regions of the countries within the period in focus.