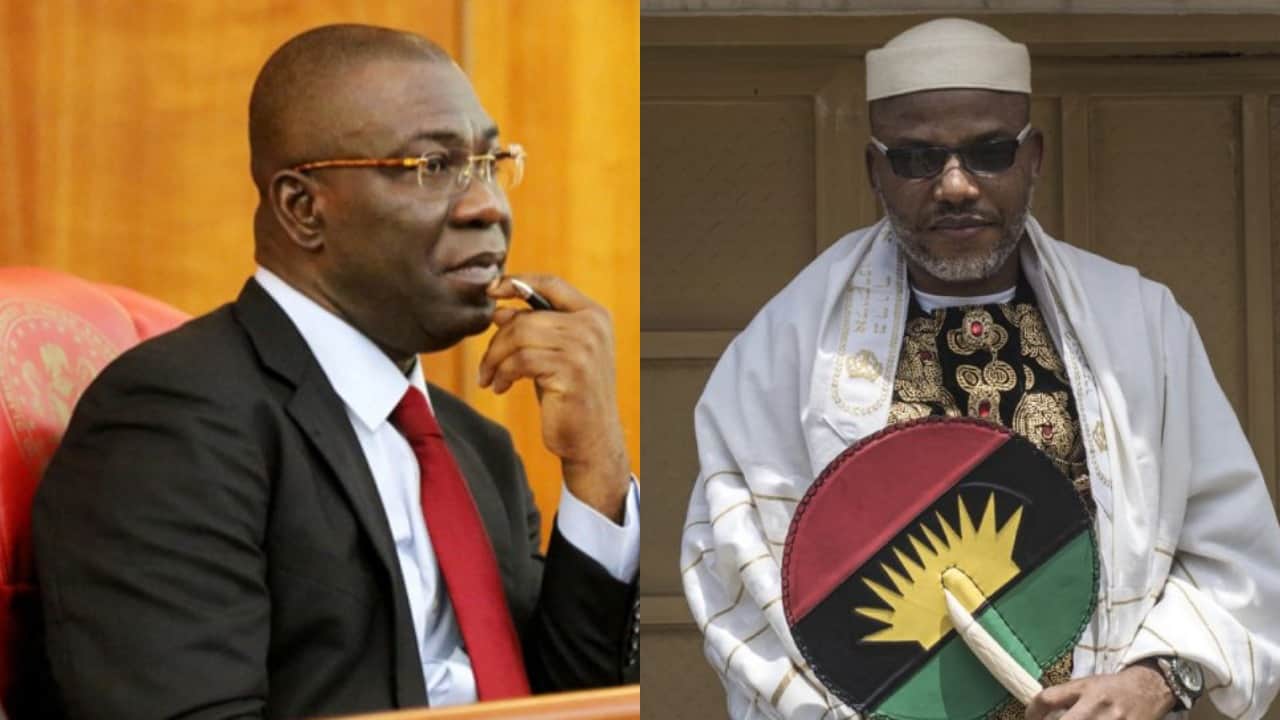 Despite President Muhammadu Buhari’s stand on the release of the leader of Indigenous People of Biafra, Nnamdi Kanu, a former Deputy President of the Senate, Senator Ike Ekweremadu, has expressed confidence that the captive would be released with a political solution.

According to him, a political solution remains the best option and as such would not be left out.

The IPOB leader, who is facing charges bordering on terrorism and treason, is currently in the custody of the Department of State Services.

Some Igbo leaders had last year visited President Muhammadu Buhari in Abuja to seek Kanu’s release. This is amidst calls for a political solution to Kanu’s case.

But Buhari recently in an interview on Television said Kanu should defend himself in court.

The Senator said, “Political solution in the Nnamdi Kanu’s matter is still very feasible. I also watched the Channels Television interview and I don’t think Mr President ruled out a political solution. In fact, I would have been surprised if he said he would just release Nnamdi Kanu because there is the independence of every arm of government, including the judiciary. There are procedures.

“I recall that it was exactly Mr President’s response when I led a delegation of the South-East Caucus of the Senate to see him on the Nnamdi Kanu issue in November 2016. But ultimately we kept reaching out and dialoguing until we had a political solution, which resulted in the judiciary granting Mazi Nnamdi Kanu bail because ultimately, everything will come to the judiciary because every arm of government is independent.

“So, we will keep working on a political solution, nevertheless. We will keep engaging the government, just as we will continue to appeal to our youth and people to ensure the stability and prosperity of our region.”

He said feedback is being expected from the government concerning the political solution being pursued.

“In line with the political solution, which the South-East Caucus of the National Assembly is quite pursuing, I led a delegation of some Igbo leaders like the Deputy Minority Leader of the Senate, Senator Enyinnaya Abaribe; Secretary-General, Amb. Okey Emuchay; and Bishop of the Methodist Church of Nigeria and Co-Chair Interfaith Dialogue Forum for Peace, Bishop Sunday Onuoha.

“As usual, I deliberately didn’t want to make it public because it is a quiet service we are rendering to Ndigbo and the nation. But the DSS eventually made it public in one of their statements. So, to answer your question, yes, I did lead a delegation to interface with the Kanu and the authorities. We had useful conversations. We have equally made some requests and we are waiting for a feedback from the government to make progress,” he said.