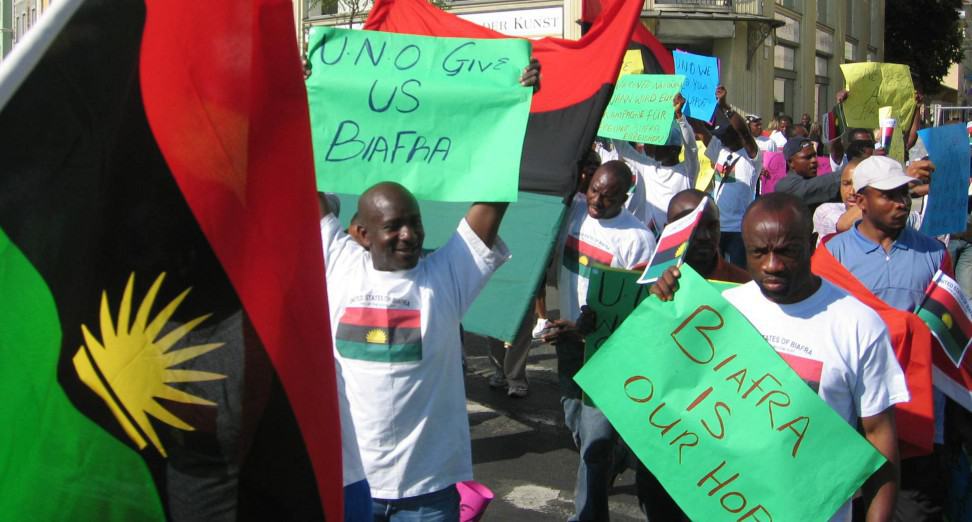 The Indigenous People of Biafra (IPOB) has again distanced itself from the every Monday sit-at-home order in the South-East and said those behind the enforcement of the order deserved no pity.

It, therefore, called on the South-East governors to “deal decisively” with the hoodlums.

This was contained in a statement IPOB’s spokesman, Emma Powerful issued on Tuesday, in reaction to the shootings on Monday in Enugu.

There were also reports of shootings in Anambra State the same day.

Powerful reiterated that IPOB was not involved in the shootings, adding that the secessionist groups authorised nobody to enforce the sit-at-home.

He said, “We have severally explained that IPOB has not authorised anybody to enforce Monday sit-at-home which has been suspended since September 19, 2021.

Read Also: Adeboye to men: Don’t fight a woman, if she threatens to deal with you, run

“Anybody unleashing sorrow on innocent citizens under the guise of enforcing sit-at-home order is a criminal and does not deserve pity.”

Noting that IPOB is “now ready to confront these criminals” Powerful called on Governor Ifeanyi Ugwuanyi of Enugu State and other governors in the South-East to provide security for the residents of the region.

He said, “Those shooting sporadically in the market are criminals and bandits using the name of IPOB, Nnamdi Kanu and ESN to humiliate our people and demonise the movement. Their aim is to give the federal government an excuse to hold our leader perpetually in detention.

“Henceforth, ESN operatives will come from the bushes and forests and go after these criminals unleashing mayhem on innocent people and visitors to Biafra land in the name of enforcing non-existent Monday sit-at-home order.”

IPOB had declared every Monday sit-at-home in the South-East to protest the arrest and repatriation of its Leader Kanu from Kenya.

But despite the group calling off the order, in the South-East people are still forced to sit at home every Monday. Those who try to disobey risk losing their lives to gunmen.